Three more cricketers have tested positive for COVID-19 in the Pakistan Super League, the Pakistan Cricket Board said on Thursday.

The PCB did not reveal the identity of players, but said that the infected players were not from the teams which competed in two Twenty20 matches Wednesday. 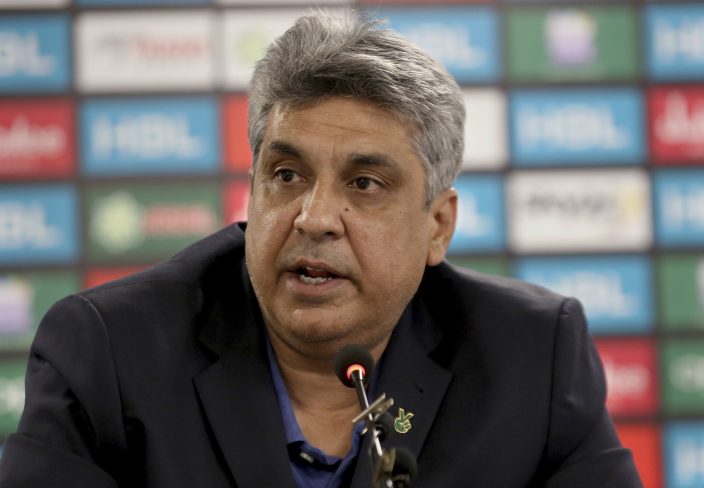 Pakistan Cricket Board Media and Communications Director Sami Ul Hasan gives a press conference, in Karachi, Pakistan, Tuesday, March 2, 2021. Two more foreign cricketers and one staffer tested positive for the coronavirus in the Pakistan Super League on Tuesday. One unnamed player was from Islamabad United, while the other two's names and teams were not identified by Sami Ul Hasan. (AP PhotoFareed Khan)

Lahore Qalandars and Islamabad United are the other two teams competing in Pakistan’s premier Twenty20 league.

Islamabad’s two foreign cricketers, including Australian leg-spinner Fawad Ahmed, and another unnamed foreign player are already in isolation after being tested positive earlier this week.