Billie Jean King has a memoir coming this summer, and she calls it a journey to her “authentic self.”

Alfred A. Knopf announced Thursday that “All In: An Autobiography” will be published Aug. 17. It will cover the highlights of her celebrated and groundbreaking tennis career, including her 39 Grand Slam titles and her defeat of Bobby Riggs in the famous “Battle of the Sexes” match in 1973.

King, 77, will also write about her activism on behalf of women in tennis and beyond, and such private struggles as an eating disorder and acknowledging her sexual identity. She was married to Larry King (no relation to the late broadcaster) for more than a decade before being outed in 1981. She has said she did not feel entirely comfortable being gay until she was 51. 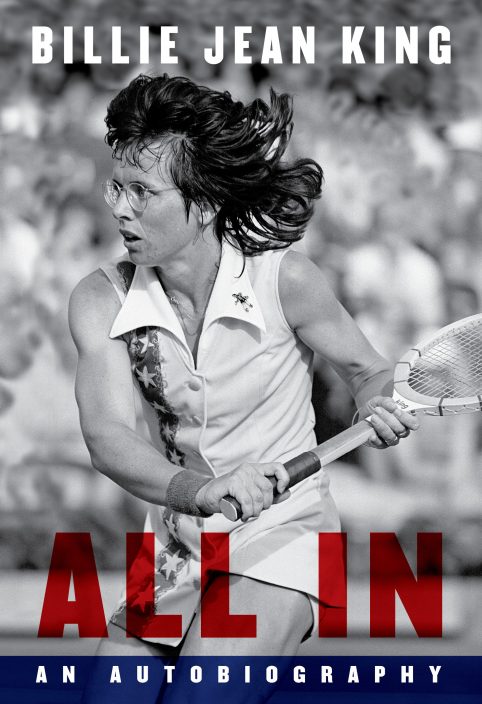 This cover image provided by Knopf shows "All In: An Autobiography" by Billie Jean King. Alfred A. Knopf announced Thursday, March 4 2021, that the book will be published Aug. 17 and will cover the highlights of King's celebrated and groundbreaking tennis career. (Knopf via AP, left, and AP)

“Early on, what was most apparent to me was that the world I wanted didn’t exist yet,” King writes in her book, according to an excerpt provided by Knopf. “It would be up to my generation to create it.”

King is also the author of “Pressure is a Privilege: Lessons I’ve Learned from Life and the Battle of the Sexes,” released in 2008. King published a memoir in the early 1980s, “Billie Jean King: The Autobiography,” but says she rushed it out at the urging of her then-manager, who was concerned about her finances in the wake of her outing.

“That book was incomplete and written at a moment when I was not ready to share my truth," she said in a statement to The Associated Press. "'All In' is the first portrait of my life in full, told in my own words.”

“All In” is being edited by Jonathan Segal, who has worked on memoirs by Andre Agassi and Arthur Ashe.