As far as collapses go, AC Milan’s isn’t all that spectacular.

It hasn’t even had much of an impact on the Serie A standings.

At the beginning of the year, Milan was in first place in the league and hadn’t lost in 10 months. But the team could find itself six points behind league leader Inter Milan ahead of Sunday’s tricky match at Hellas Verona. 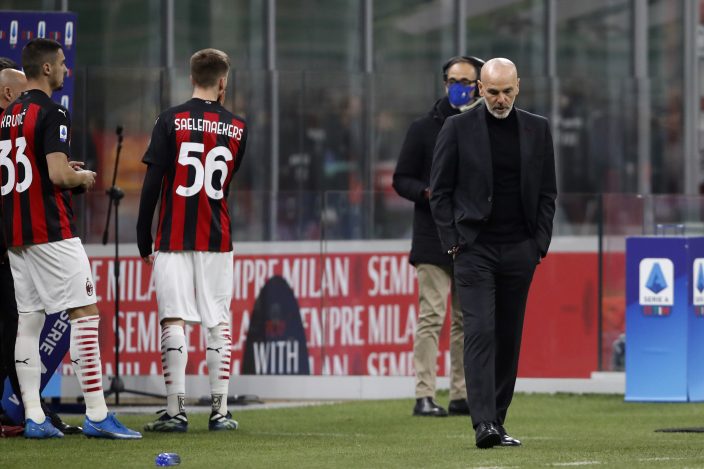 AC Milan coach Stefano Pioli, right, reacts after his team gave up a goal during the Serie A soccer match between AC Milan and Udinese at the San Siro stadium, in Milan, Italy, Wednesday, March 3, 2021. (AP PhotoAntonio Calanni)

Milan was in astounding form in 2020, losing only two games in the entire calendar year, but the team has lost four of its 11 league matches in 2021. The first of those was against Juventus on Jan. 6, ending the Rossoneri’s 27-match unbeaten run.

Milan has since lost its sense of invincibility and Wednesday’s 1-1 draw against Udinese capped a miserable month which has seen the team lose two of its last four league matches with only one victory.

When Milan’s form first started to dip, coach Stefano Pioli said he was not too concerned. That has changed. 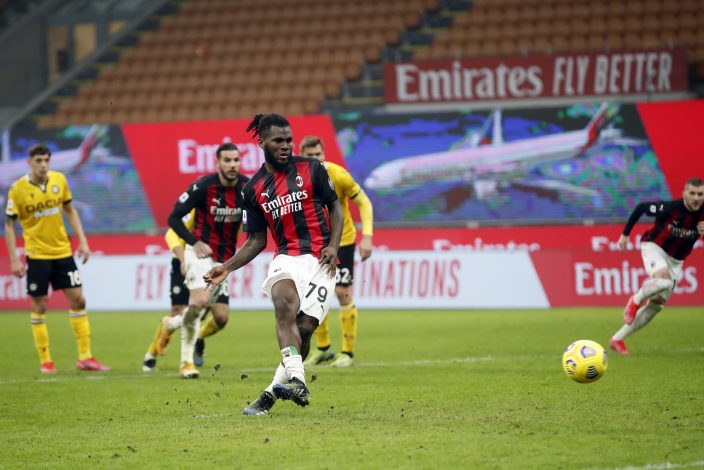 “We could have and should have done more,” Pioli said after the match against Udinese. “I think the team’s spirit and desire to never give up, to dig deep even when things are tough, are not in doubt. That said, we cannot be happy tonight. We are not satisfied with our performance and the result.

“In the morning we’ll start preparing for the next match. We’ll analyze this one, but then need to think about the next one. We need to rediscover that enthusiasm and freedom that distinguished us.”

Even more troubling for Pioli is that the team is struggling to score goals. In the past six matches in all competitions, Milan has scored only once from open play. The other goals have come from penalty kicks or own-goals. 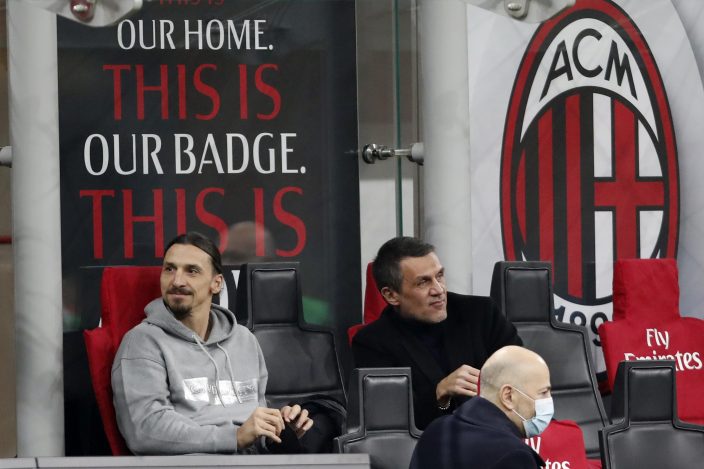 Zlatan Ibrahimović’s injury absence has added to Milan’s problems. The Swedish forward is struggling to recover in time for some big matches, including the Europa League game against Manchester United, his former club.

Milan is also without a number of other injured players, including forward Mario Mandžukić.

“We’re disappointed that we didn’t manage to take more advantage of the many crosses we put in, also because we were missing our two out-and-out forwards that we have in the squad,” Pioli said.

Verona, Milan’s opponent on Sunday, is unbeaten in four matches, a run that includes a draw against Juventus.

“We have to look each other in the eyes and understand what we want from our future, because there aren’t many games left and the next matches will be vital,” Milan defender Davide Calabria said. “We all know its going to be tough. Hellas play good soccer and are on a positive run. We have to work to get to this match in the best possible way.”

Winning ugly is the hallmark of Conte's coaching success

Ibrahimović and Lukaku meet again in Milan derby after spat

Ballardini back in a familiar position as coach at Genoa

Chiesa and other youngsters making their marks at Juventus

Atalanta captain Gómez could leave after spat with coach

Another Atalanta: Sassuolo is Italy's next surprise