Bay Hill was bustling Thursday morning, just like golf before the pandemic. The fans were limited in numbers but they all wanted the same dose of entertainment provided by Rory McIlroy and Bryson DeChambeau.

First it was McIlroy, slowly feeling better about his game, and with good reason. Starting with a 55-foot putt on the par-3 second hole, he ran off five straight birdies and took the early lead in the Arnold Palmer Invitational with a 6-under 66.

In the group behind him was DeChambeau, who has been contemplating a shot across the water to cut the 528-yard sixth hole down to size by going for the green. This was not the day with a slight breeze into his face, so the U.S. Open champion had some fun. He took out an iron, and then hit a conservative tee shot (309 yards) to the middle of the fairway. 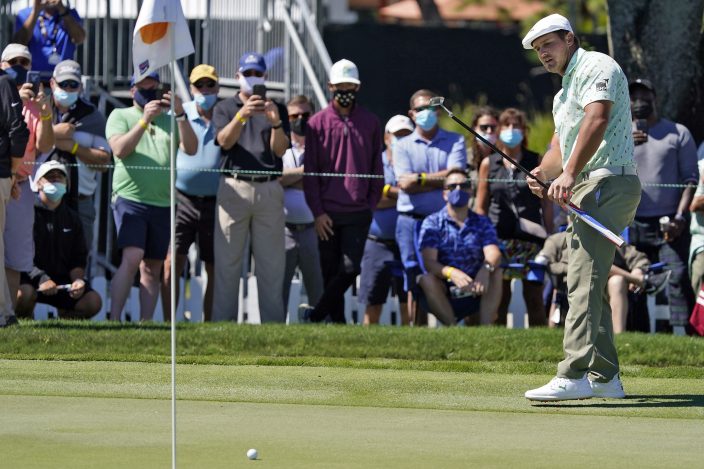 Bryson DeChambeau reacts as his putt on the ninth green comes up short of the hole during the first round of the Arnold Palmer Invitational golf tournament Thursday, March 4, 2021, in Orlando, Fla. (AP PhotoJohn Raoux)

It was a boring birdie, his third in a row, and he opened with a 67.

“There was a high expectation level of me trying to go for the green there, and it was a little pressure that I wasn't expecting,” DeChambeau said. “But no, it was fun. The crowds were great with it. I pulled out an iron as a joke off the tee box. And for me, it was just too much off of the right and more into the wind than anything.”

In the group with DeChambeau was Jordan Spieth, making his debut at Bay Hill, and producing high adventure in a 70 that left him satisfied he remained on track — and irritated hitting off the toe of his driver and into the water on No. 6. 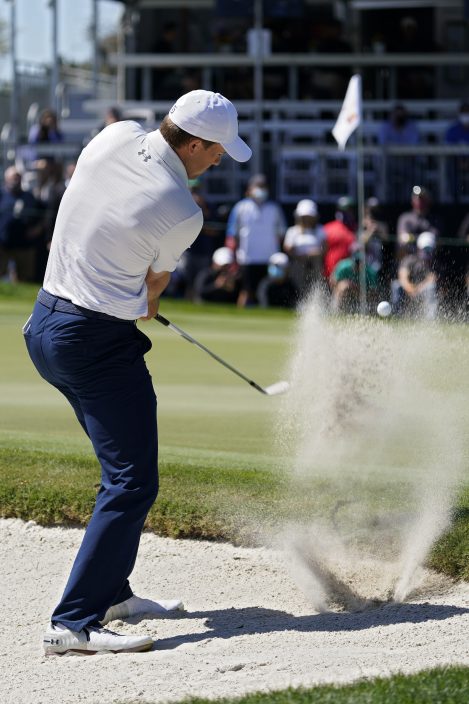 Jordan Spieth blasts from a sand trap on the ninth hole during the first round of the Arnold Palmer Invitational golf tournament Thursday, March 4, 2021, in Orlando, Fla. (AP PhotoJohn Raoux)

Even having to hit his third from the tee, he salvaged bogey with a 25-foot putt and made a 35-foot birdie on the next hole.

“Definitely proud of the way I responded, but the way I putted today, certainly would have liked a lower number,” Spieth said. “But it all just comes down to one shot for me today.”

Shadow Creek winner Jason Kokrak opened with a 68. Of the 60 players who teed off in the morning, only six broke 70. Defending champion Tyrrell Hatton shot a 77, while past Bay Hill winner Francesco Molinari took a step back from his progress with a 78. 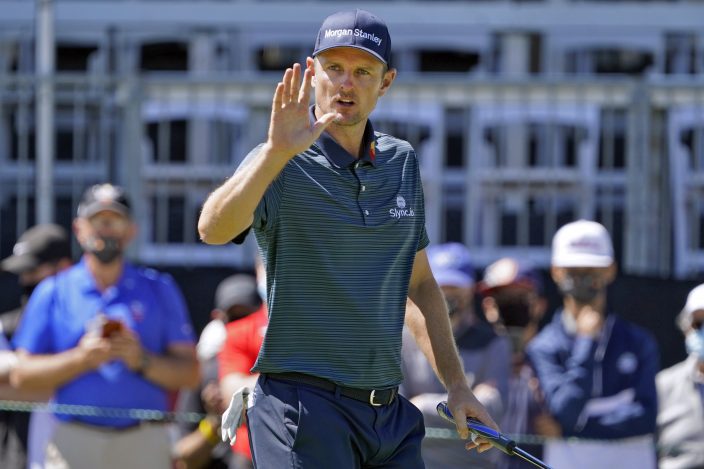 Justin Rose, of England, waves to the gallery after putting out on the ninth hole during the first round of the Arnold Palmer Invitational golf tournament Thursday, March 4, 2021, in Orlando, Fla. (AP PhotoJohn Raoux)

McIlroy wasn't too happy with his game after missing the cut — a rarity for him these days — at Riviera, then not having ideal practice sessions. He still managed some improvement last week in the World Golf Championship, and saw big even better results Thursday.

Most pleasing was seeing the ball go where and how he wanted it. He made three of his birdies on par 3s, the strength of Bay Hill. What stood out was a pair of 5-irons into the wind on the 14th and 17th holes, both tight draws, flighted the way he wanted to about 15 feet.

“Those shots last week that I was trying to hit were missing the target 20 yards left,” he said. “So it was nice to just see them coming out in the window I was anticipating.” 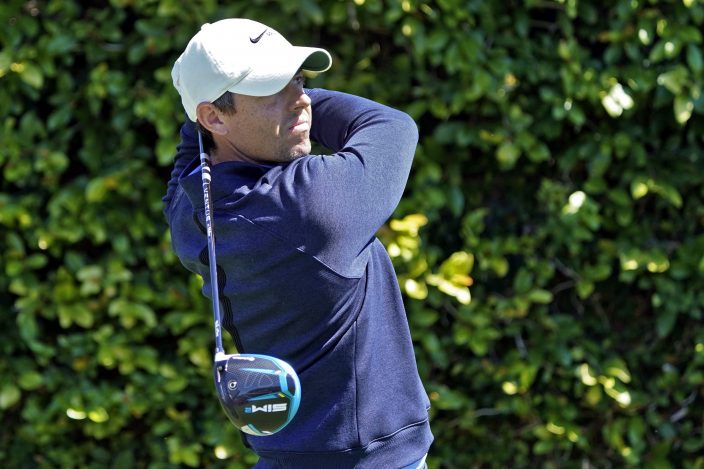 Rory McIlroy, of Northern Ireland, tees off on the ninth hole during the first round of the Arnold Palmer Invitational golf tournament Thursday, March 4, 2021, in Orlando, Fla. (AP PhotoJohn Raoux)

He said it was his best round of the year, and it helps being at Bay Hill, where McIlroy had a victory and no finish worse than a tie for sixth the last four years. He has seen enough of Tiger Woods' eight victories in the Arnold Palmer Invitational to appreciate how to attack.

“He played it very conservatively. He took care of the par 5s. And that was usually good enough to get the job done,” McIlroy said. “So sort of take a little bit of a leaf out of his book.”

He only made birdie on two of the par 5s, going long on the 16th and having to lay up on the 12th from a fairway bunker. 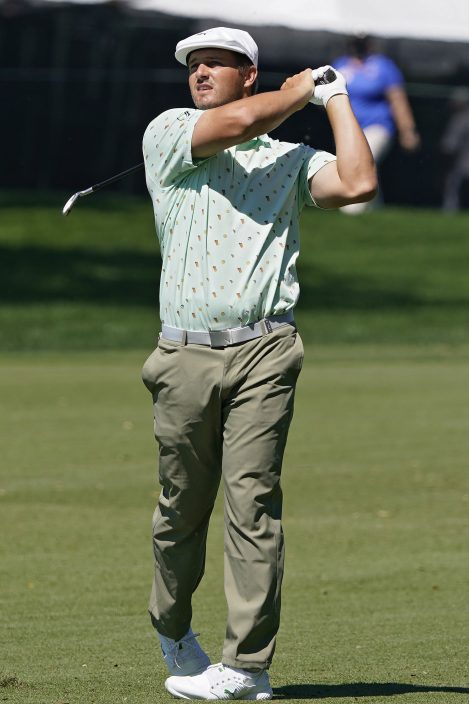 Bryson DeChambeau hits from the fairway on the ninth hole during the first round of the Arnold Palmer Invitational golf tournament Thursday, March 4, 2021, in Orlando, Fla. (AP PhotoJohn Raoux)

Through it all, it was the activity outside the ropes at Bay Hill that stood out.

The Arnold Palmer Invitational was the last PGA Tour event that had a full complement of fans, one week before the COVID-19 pandemic shut down golf. The tournament is allowing 25% of capacity — roughly 5,000 fans a day — and when most are watching some of golf's bigger draws such as McIlroy, DeChambeau and Spieth, it feels even larger.

All were wearing masks, though no one got high marks for social distancing.

“It's nice to hear some cheers and a little bit of energy from the fans,” Martin Laird said after a 69. “It was fun to play in front of a crowd again.”