Five straight home defeats for the first time in the club’s 128-year history. More than 10 hours since a goal from open play at Anfield.

The stadium that was once a fortress for Liverpool is the now the scene of a scarcely believable implosion by the soon-to-be-deposed English champions.

Liverpool’s 1-0 loss to Chelsea on Thursday continued a staggering run of home form that came after Jurgen Klopp’s team went 68 games in a row unbeaten at Anfield. 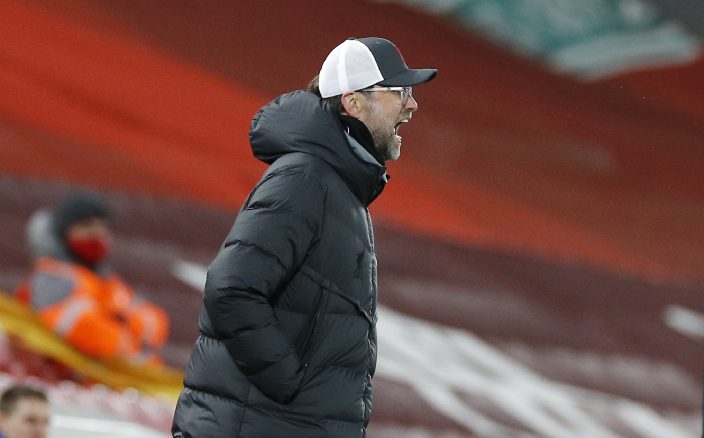 Formerly the owner of one of Europe’s most devastating attacks, Liverpool only managed one effort on goal against Chelsea. Mohamed Salah was substituted after barely an hour; Sadio Mane and Roberto Firmino barely threatened either.

Mason Mount scored the winner in the 42nd minute, cutting in from the left and curling home from the edge of the area for a goal that sent Chelsea into the top four and dropped Liverpool to seventh place. It was Chelsea's first win at Anfield since 2014.

Qualifying for the Champions League looks to be increasingly unlikely for Liverpool, which is four points adrift of Chelsea and even behind Merseyside rival Everton. 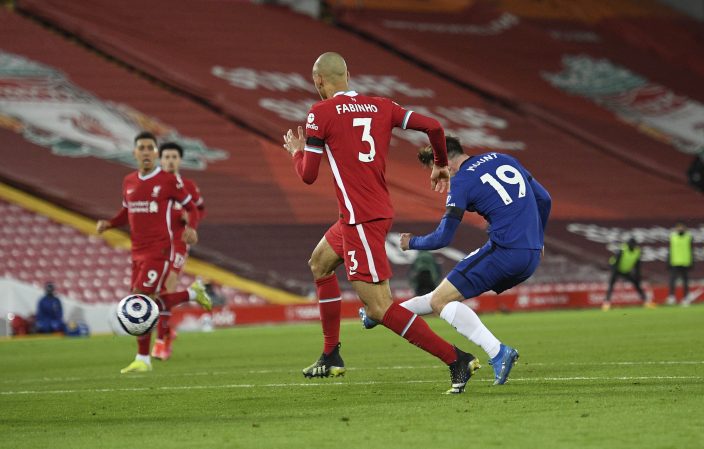 Eight months after winning the Premier League by 18 points, Liverpool is 22 points behind first-place Manchester City. 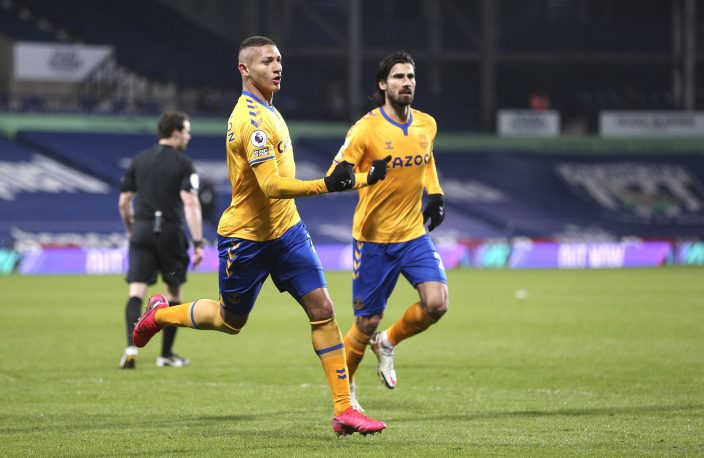 None of the quartet scored, with Tottenham instead relying on an own-goal to edge past Fulham 1-0.

Two of Spurs' new-look attack played a key role in the goal, Son crossing from the left and Alli providing the deft flick that was heading wide only for the ball to deflect into the net off Fulham defender Tosin Adarabioyo.

Alli started a league match for the first time since the opening day of the season and might have done enough to keep his place in the team as Tottenham pushes to qualify for the Champions League.

Fulham, which would have climbed out of the relegation zone with a win, was denied an equalizer in the 62nd after Josh Maja scored with a low shot just inside the area. The ball only reached him, however, after hitting the arm of Fulham midfielder Mario Lemina, and a handball was awarded following a VAR intervention.

“I don’t know what he can physically do,” Fulham manager Scott Parker said. “Probably a bit of common sense needs to prevail in that rule.”

Carlo Ancelotti is part of Champions League folklore as one of only three managers to have won Europe's elite competition three times. He might be back in it with Everton next season.

Everton extended its unbeaten away record to nine games by beating West Bromwich Albion 1-0 and climbed above Liverpool and West Ham into fifth place.

Brazil forward Richarlison headed in the 65th-minute winner from Gylfi Sigurdsson's cross and now has four goals in his last four games.

Next-to-last West Brom stayed nine points adrift of safety and looks to be going down after just one season back in the top flight.