Once upon a time, dear children, before you were born, they made a fairytale movie about a kingdom called Zamunda. “Coming to America,” starring Eddie Murphy at the height of his popularity and charisma, became a huge hit and a cult classic.

In this film, dear children, Murphy played Prince Akeem — he didn’t need to be called Prince Charming, because he was already so darned charming. We met him on the morning of his 21st birthday, awakening in his palace bedroom to a full orchestra, servants tossing rose petals at his feet, and gorgeous naked women servicing him in the bathtub until his royal appendage was deemed clean.

Oops! Sorry, kids. Some parts of “Coming To America” didn’t age very well. Including most of the stuff about women. 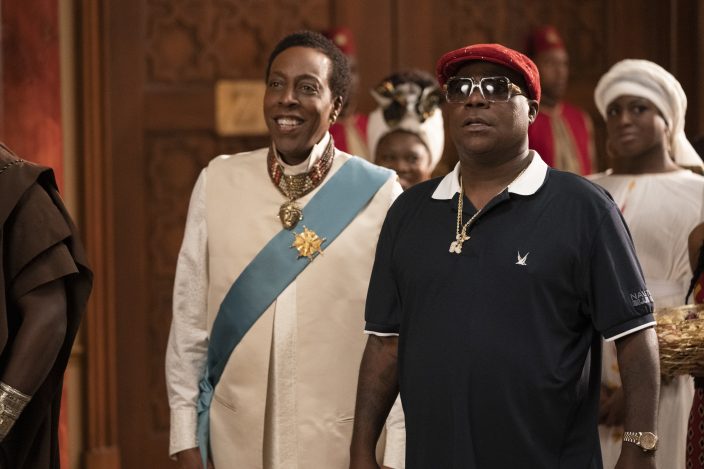 But 33 years and one #MeToo movement later, it’s time for a reboot. The good news about “Coming 2 America,” directed by Craig Brewer, is that things have gotten better for women in Zamunda. Yes, it’s still a patriarchy (more on that soon) and yes, there are still obedient royal bathers. But we don’t see their naked breasts or backsides. There’s also a bathtub gag involving the great Leslie Jones that flips the gender dynamic entirely and gratifyingly (especially for her).

And now, Prince Akeem is not a randy young heir but an established family man. Happily married for 30 years to Princess Lisa — the bride he found in Queens in the last film — he has three daughters, brave and feisty. The eldest wants to be his heir. A female heir? That’s not done, in Zamunda. But the times, they are — or might be — a-changin'.

That’s the good news. The bad news is that this sequel, despite (or perhaps because of) its nod to modern sensibilities, isn’t nearly as funny or edgy as the original. It has seemingly everything -- the original cast, some well-known newcomers, high-profile cameos — and eye-popping costumes by the great Ruth E. Carter (an Oscar winner for “Black Panther”). It has set pieces and choreography and de-aging technology and overlaying plot lines. What it has less of, is fun. Still, just like we go to college reunions 30 years later to recapture the magic, fans of the first will flock to it on Amazon Prime. They likely won’t be too disappointed. Especially because, despite the knowing references to urban gentrification, transgender offspring, Teslas and even unnecessary movie sequels, little has really changed.

Obviously Murphy is back, as producer and star. So is Arsenio Hall, as trusty sidekick Semmi (and a bunch of other roles). Also back: the stately James Earl Jones as King Jaffe Joffer; Shari Headley as Lisa (a seriously underwritten role); and Louie Anderson as Maurice. John Amos is back as Lisa’s dad, still ripping off McDonald’s. And of course the My-T-Sharp barbershop crew is back in Queens. The plot follows a familiar trajectory, beginning in Zamunda and traveling to Queens to solve a major need. In this case, the need is not a bride, but a male heir. Akeem, who becomes king upon his father’s death, learns he unknowingly sired a son during that Queens trip three decades ago (it was Semmi’s fault!) He needs a male heir to cement his power. So he brings Lavelle, a ticket scalper who aspires to much more, back to Zamunda, along with Mom.

But Lavelle needs to learn royal ways, and pass a “princely test” which includes facing down a lion. There’s also the matter of Akeem’s daughter, Meeka (a luminous KiKi Layne, not given enough screen time), who rightly deserves to be queen one day. Complicating matters entirely, Lavelle falls not for his intended bride, Izzi's daughter, but for his royal barber, Mirembe, who aspires to her own shop one day (women don’t own businesses in Zamunda).

Again, it all feels like a 30th reunion — maybe because it IS one — where the liquor flows, old stories are rehashed, the men haven’t aged quite as well as the women, the kids steal the show, and by the end you’re happy to have gone but feel no need to be at the next one. “Coming 2 America,” an Amazon Studios release, has been rated PG-13 by the Motion Picture Association of America “for crude and sexual content, language and drug content.” Running time: 110 minutes. Two stars out of four.

MPAA definition of PG-13: Parents strongly cautioned, Some material may be inappropriate for children under 13. 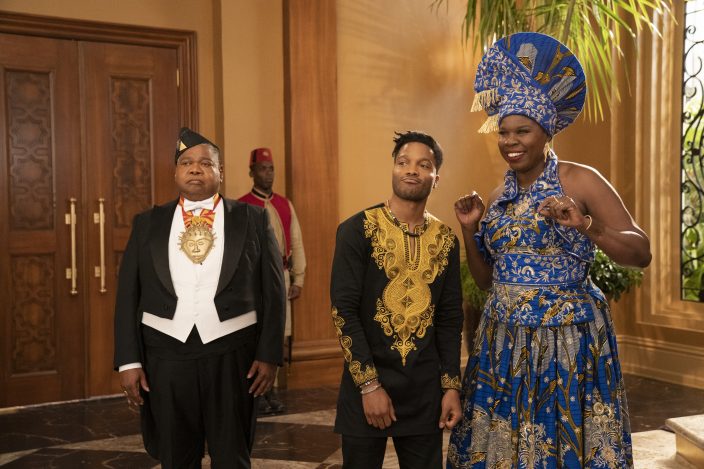 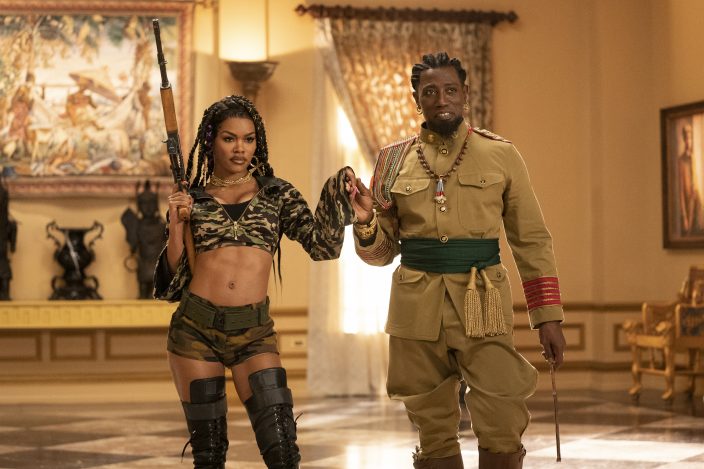