Kreider, who scored three in a loss to Philadelphia on Feb. 24, has nine goals in his last six games, and 13 overall. He completed his natural hat trick 23 seconds into the final period after scoring twice in the second. His fourth career hat trick came on five shots.

Shesterkin seemed to hurt his right leg with just under six minutes to play when he stretched to stop a 2-on-1 break and shot by Damon Severson. He went down without contact and had to helped off the ice, dragging the leg. 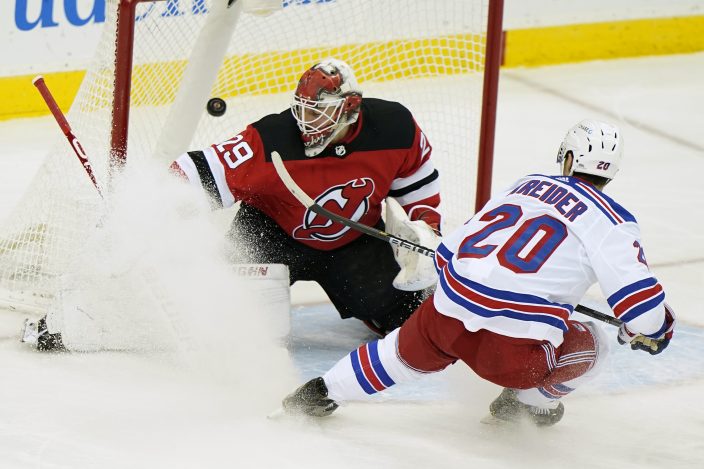 Shesterkin kept the Rangers in the game in the first period by stopping 13 of 14 shots. He finished with 32 saves in helping the Rangers win their second straight and their fifth in seven.

Jack Hughes scored early for the Devils, who have lost four straight and seven of eight. It was his third goal against New York in as many games. Mackenzie Blackwood stopped 11 of 15 shots before being lifted. Aaron Dell finished up. 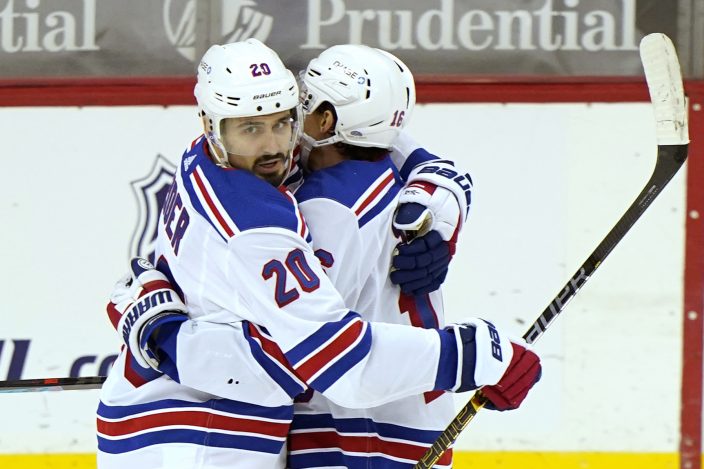 Kreider tied the game at 8:58 on a great power-play rush. In quick succession. Adam Fox, Buchnevich and Ryan Strome connected on up-ice passes with Strome finding Kreider alone in front.

Kreider didn't even get his stick on his next goal. A point shot by Ryan Lindgren bounced off his body into the net. The big winger made it 3-1 with an shot into the top of the net on an odd man rush. 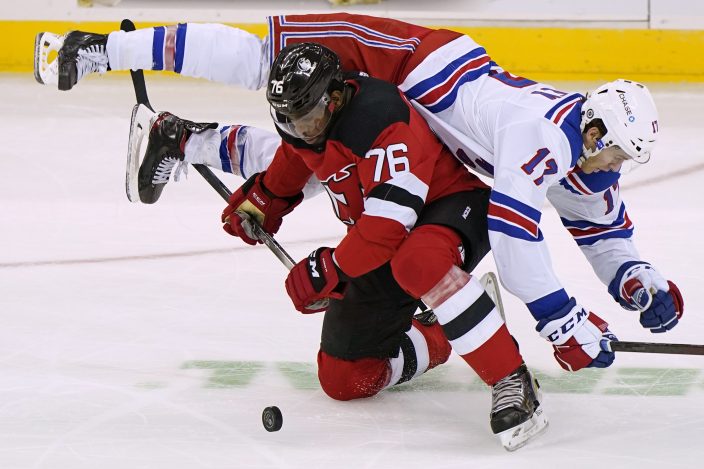 Forward Kaapo Kakko and defenseman Jacob Trouba took part in the morning skate and coach David Quinn said both are close to returning to the lineup.

Including Thursday, Kakko has missed the last six games because of the COVID-19 protocol. Trouba has missed seven games with a broken thumb.

Forward Artemi Panarin is also closer to returning, Quinn said. The Russian has missed five games while on a leave of absence after a Russian tabloid printed allegations from a former coach that he attacked an 18-year-old woman in Latvia in 2011. NOTES: Vatanen got his first point in nine games with assist on Hughes' goal. ... New Jersey had not given up a power-play goal in its last three games before Kreider connected. Lafreniere has goals in two straight.

Rangers: This was the start of a six-game trip, which would be tied for the ninth-longest stretch of consecutive road games in franchise history.