Boone Jenner had a goal and an assist, Oliver Bjorkstrand and Eric Robinson added third-period goals, and the Columbus Blue Jackets held off a late rally attempt to beat the struggling Dallas Stars 3-2 on Thursday night.

Korpisalo stopped 22 shots for the Blue Jackets, who have won two straight after going 0-4-1.

The Stars have lost four straight. Miro Heiskanen and Jason Robertson scored third-period goals after Dallas had been blanked for a span of 189:46, having been shut out in its two previous games. Anton Khudobin made 19 saves. 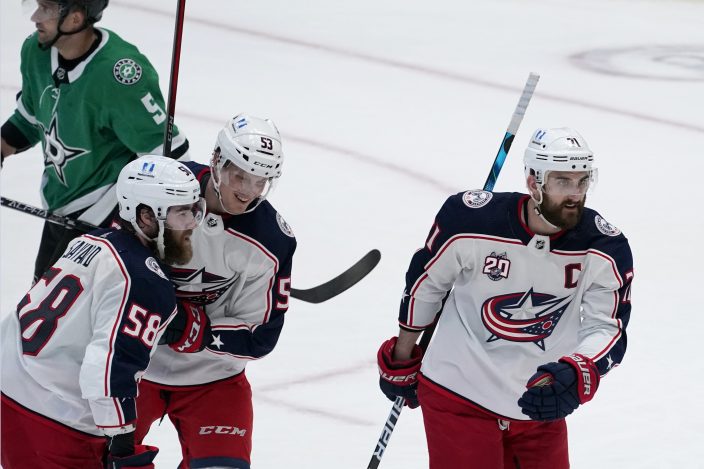 Columbus Blue Jackets defenseman David Savard (58), defenseman Gabriel Carlsson (53) and left wing Nick Foligno (71) celebrate a goal scored by Boone Jenner during the second period of the team's NHL hockey game against the Dallas Stars in Dallas, Thursday, March 4, 2021. Savard and Foligno were credited with the assists. Stars' Andrej Sekera skates to the bench after the play. (AP PhotoTony Gutierrez)

The teams will meet again Saturday night at American Airlines Center. That will end a two-game road trip for the Blue Jackets and will be the third of six straight home games for the Stars.

Jenner broke a second-period scoreless game when he came out of the right corner with the puck following a collision with Dallas defenseman Andrej Sekera and slid a wrist shot past Khudobin with a left-handed wrist shot at 18:11.

Bjorkstrand converted a defensive zone turnover by Joel Kiviranta into the second goal at 2:23 of the third. Eric Robinson redirected a shot from Jenner with his skate blade at 4:05 of the third period to make it 3-0. 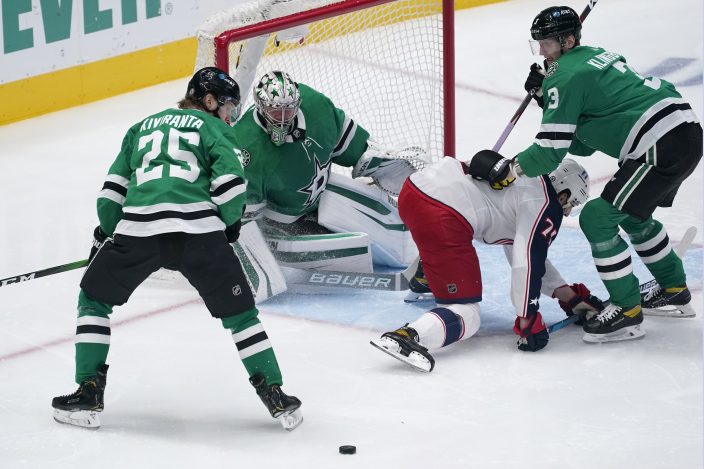 Heiskanen fired a wrist shot from near the blue line at 8:35 of the third for Dallas’ first goal since the second period of its 3-2 loss at Florida on Feb. 25 and his first of the season.

A little more than two minutes later, rookie Robertson collected a loose puck in the crease and scored his third of the season at 10:48. 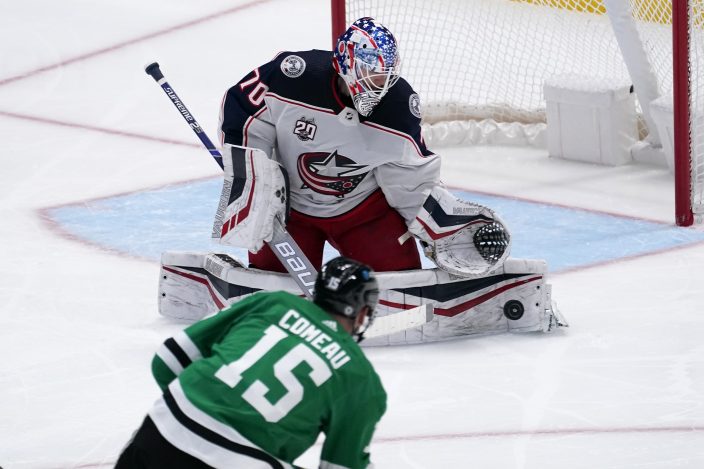 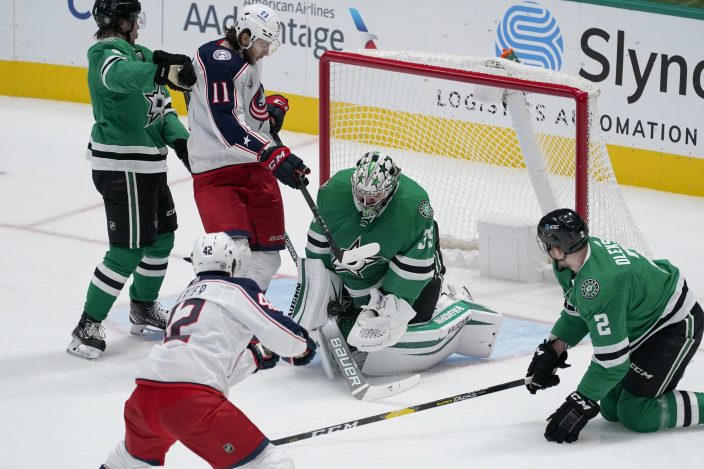