YouTube has removed five channels run by Myanmar’s military for violating its community guidelines and terms of service.

“We have terminated a number of channels and removed several videos from YouTube in accordance with our community guidelines and applicable laws,” YouTube said in an emailed statement. 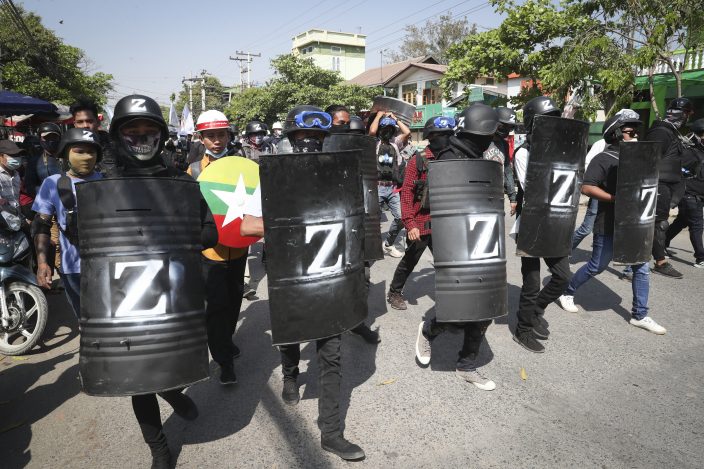 Anti-coup protesters take cover behind makeshift shields as armed riot policemen gather in Mandalay, Myanmar, Friday, March 5, 2021. Protests continue in Myanmar against the Feb 1 military coup that ousted the civilian government of Aung San Suu Kyi. Despite daily operations by police to disperse the crowds, defiant protesters continue to return to the streets in parts of the country.(AP Photo)

YouTube said it had terminated around 20 channels and removed over 160 videos in the past couple months for violating its policies regarding hate speech and harassment, spam and deceptive practices, violent or graphic content policy and violations of its terms of service.

In December, it pulled 34 channels as part of an investigation into content uploaded in a coordinated influence campaign. That campaign uploaded content about elections in Myanmar, regional conflicts and news related to the U.S., China and Malaysia, the company said. 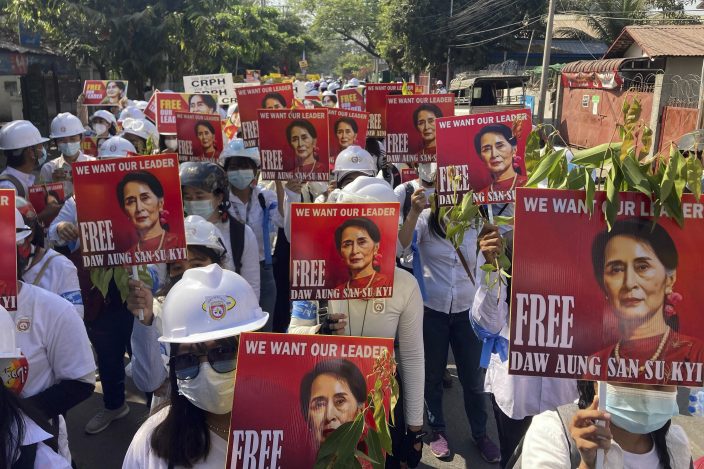 Protesters hold portraits of deposed Myanmar leader Aung San Suu Kyi during an anti-coup demonstration in Mandalay, Myanmar, Friday, March 5, 2021. Footage of a brutal crackdown on protests against a coup in Myanmar has unleashed outrage and calls for a stronger international response. (AP Photo)

The decision by YouTube followed Facebook’s earlier announcement that it had removed all Myanmar military-linked pages from its site and from Instagram, which it also owns.