Imagine being trapped in the confines of your own neighborhood, losing a sense of the outside world — and of yourself — with each passing day.

Things are seeming kind of flat lately, and sometimes downright colorless. Everything looks reasonably placid, but something’s not quite right with reality. The days feel … episodic. Does the world taper off at the end of the block? Does life loop back on itself? Are your neighbors with you, or against you?

This has been the premise of “WandaVision,” Marvel’s latest foray into the intricate, immersive universe first cobbled together in the comics by Stan Lee six decades ago. Not incidentally, it’s also an apt description of life in many corners of America during this pandemic micromoment. 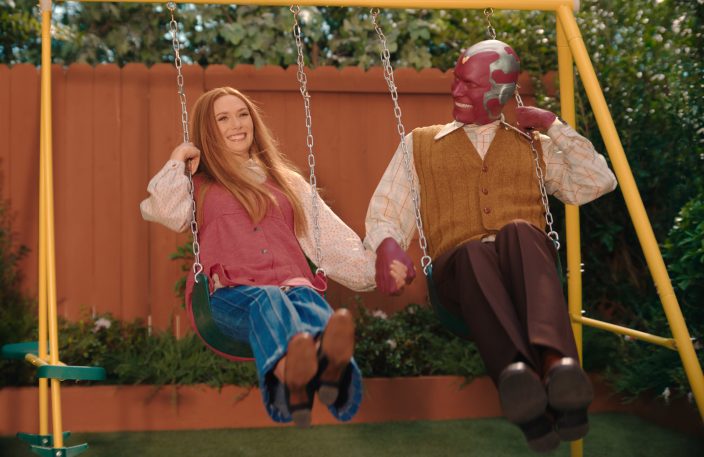 In an era when meticulously crafted fictional universes are entertainment’s billion-dollar baby, “WandaVision,” whose inaugural and probably only season concludes Friday, took it all a step further, turning the seven-decade tradition of the American sitcom into a decade-hopping suburban prison.

Episode by TV-homage episode, it pinballed through unsettling sendups of “The Dick Van Dyke Show,” “Bewitched,” “The Brady Bunch,” “Family Ties,” “Malcolm in the Middle” and “Modern Family,” swallowing an entire New Jersey town and its people and, along the way, serving up a darker version of Marvel’s already dysfunctional funhouse mirror.

The pitch-perfect result: a distorted reflection not merely of America, but of the way it has seen itself through its broadly drawn television comedy across three generations. 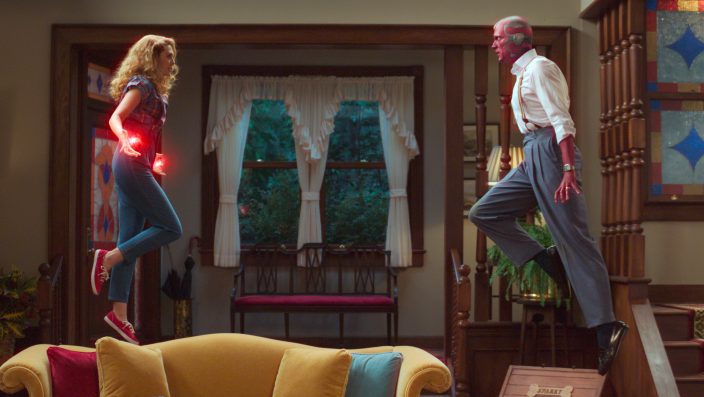 How did this show manage (inadvertently, of course, since it was conceived before the virus arrived) to match the tenor of its comfort-craving moment? Because it reached so lovingly into the mannered, structured lore of sitcoms, which were comfort food for the American TV watcher’s brain long before the word “streaming” ever tumbled into the lexicon.

The television scholar Robert Thompson once described the contentment that people find in old sitcoms as “the aesthetic of the anesthetic” — a style of narrative that reset itself every week, making sure society’s norms were reinforced by presenting nonthreatening communities populated with nonthreatening characters doing nonthreatening things.

“WandaVision” coopted that vision and upended it. It used, as foils, those landscapes of assuagement and the way they morphed over the decades to match the times. Their surface tranquility and amiable conflict were backdrops for a slowly unfolding Marvel plot that, in its wink-nudge bubblegum darkness, was pure 21st century. 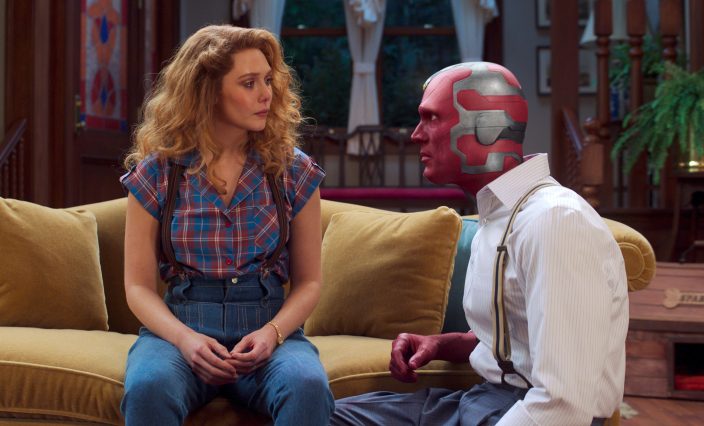 There’s irony, too, in the fact that Marvel has been owned for the past 12 years by Disney, a conglomerate built by self-described “imagineers” who were instrumental in stamping the sensibility of immersive fantasy onto more than a half century’s worth of American children — and onto the landscape itself.

Wanda Maximoff, the world-building witch at the show’s nucleus, is a stand-in for Walt Disney himself, who built his gauzy childhood memories of early 20th-century Midwestern life into theme parks and an entertainment empire. Like the world of “WandaVision,” Disney’s creations reflected not quite reality but its saccharine stepsibling, recognizable and appealing but hardly real life.

By the time “WandaVision” got to its take on 1980s television, the gentle opening credits of that “very special episode” sang this to us, revealing the theme of the show (and of pandemic life too): “We’re making it up as we go along.” 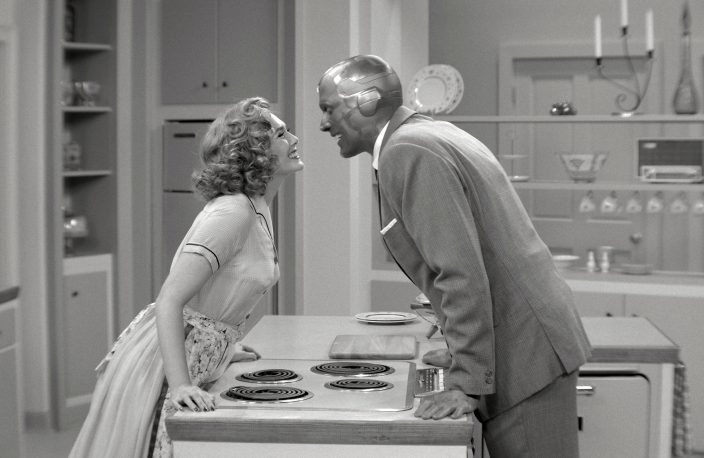 Yet like those 1980s horror movies in which the dreamer of the nightmare awakens, only to find out that he or she is still asleep, in “WandaVision” the “real” world is still the fantastic one of the Marvel Universe. The “Inception” model is at play: You’re still in the layered matrix, still separated from actual reality by several strata of Marvel and a robust layer of Disney.

In one of its later episodes, “WandaVision” offers its take on the “Malcolm in the Middle” opening credits of the early 2000s. This theme song, more aggressive and insolent than its predecessors, offers up the following lyrics: “What if it’s all illusion? Sit back. Enjoy the show."

As the first storyline of its astonishingly extensive streaming lineup of shows concludes, that could be Marvel’s overall tagline. Because — first in comic books, then in theaters, now on all our assorted screens — Marvel IS the universe. It is comics and movies and video games, TV and toys and collectibles, cosplayers and party favors and an entire pantheon of secular gods.

You could even argue that its seamlessly cross-marketed cosmos is the new American suburb — a completely immersive neighborhood, interconnected and self-perpetuating, privileged and complex and, sometimes, brimming with the emptiness of the industrially manufactured Technicolor narrative. It is us, but amplified.

“Thousands of people under your thumb, all interacting with each other, according to complex storylines?” one character, who will remain nameless for spoiler-avoidance purposes, says to Wanda as her magic-powered dream microverse begins to fray. “Well, that’s something special, baby.”

Does life imitate Marvel, then? Maybe just a little. One day, after the blip that was the pandemic finally ends, we’ll all be back — well, most of us. We’ll re-emerge into the real world, blink hard, look around, reconnect with our neighbors and take stock of what we all missed.

We’ll say to each other: What a weird and all-encompassing dream this was. And then we’ll dream again. Roll credits. Rinse. Repeat.

Ted Anthony, director of digital innovation for The Associated Press, has been writing about American culture since 1990. Follow him on Twitter at https://twitter.com/anthonyted