The chief lawyer for Greg Kelly, an American on trial in Japan on charges of under-reporting Nissan former Chairman Carlos Ghosn’s compensation, says his client was merely trying to prevent Ghosn from going to a rival automaker.

“Greg has no motive at all to commit such a crime,” Yoichi Kitamura said Friday at his Tokyo office.

At the time, Kelly, then a Nissan executive vice president, was making good money, had a successful career and moreover, was a lawyer. 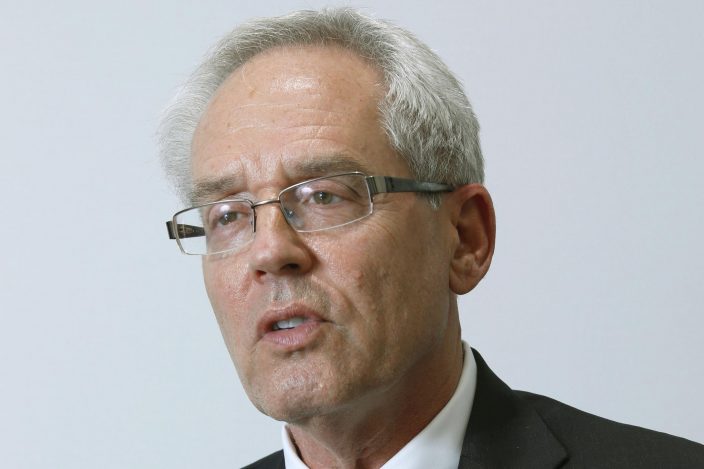 FILE - In this Sept. 8, 2020, file photo, former Nissan Motor Co.'s executive Greg Kelly speaks during an interview in Tokyo. Yoichi Kitamura , the chief lawyer for Kelly, an American on trial in Japan on charges of under-reporting Nissan former Chairman Carlos Ghosn’s compensation, says his client was merely trying to prevent Ghosn from going to a rival automaker. (Kyodo News via AP, File)

Kelly and Ghosn were arrested in late 2018 and are the only Nissan officials who were charged. Ghosn jumped bail in December 2019, and fled to Lebanon, which has no extradition treaty with Japan. He also says he is innocent.

The trial, which began in September, has shown that top officials at Nissan Motor Co., including Kelly and former Chief Executive Hiroto Saikawa, all knew Ghosn took a drastic pay cut after the disclosure of high executive pay became required in Japan in 2010.

Prosecutors have alleged that Kelly was involved in trying to help Ghosn hide compensation. Kitamura says Kelly was not aware of earlier planning for Ghosn’s pay that might have violated the law.

Kelly, according to Kitamura, was just working out ways to pay Ghosn after retirement, through consulting fees and arranging a “non-compete” to prevent him from going to a rival automaker. Such pay doesn’t need to be disclosed in advance.

Kitamura has a record of winning acquittals in high-profile cases. Even in Japan, where more than 99% of criminal trials result in convictions, a person is presumed innocent until proven guilty beyond a reasonable doubt, he noted.

“We don’t have to prove innocence,” he said.

He said he was confident Kelly will be acquitted. If not, he would appeal.

“The important thing is that he knew nothing,” said Kitamura.

A verdict in Kelly's trial isn’t expected for months. If convicted, he could face up to 15 years in prison, as the charges involve under-reporting compensation by 9 billion yen ($88 million) over several years.

It’s also possible Kelly would get a suspended sentence, meaning he won’t serve time, or that he might be able to return to his home in Tennessee if there is an appeal.

“That would be the last day Greg would stay in Japan,” Kitamura said.

Earlier this week, two American men who are suspected of having helped Ghosn flee Japan while he was hidden in a musical instruments case were extradited from the U.S. and sent to a Tokyo detention center.

Michael Taylor and his son, Peter, had been detained in a Boston jail since May and were handed over to Japanese custody on Monday. They were arrested on suspicion of aiding a criminal though formal charges are still undecided. Under Japanese law, suspects can be held without a formal charge for up to 23 days.