The Houston Astros are minus eight pitchers because of COVID-19 protocols, but general manager James Click said there were no plans to pause activity at the team’s spring training camp.

It was not known whether the eight pitchers had tested positive for the virus or had come in close contact with someone who had tested positive. There was no exact timetable for their return, but they must quarantine for at least a week under Major League Baseball’s health and safety protocols. Earlier this week, the Astros lost starter Framber Valdez when he suffered a broken left finger while fielding a ball in an exhibition game.

The Astros aren’t in any danger of running out of pitchers, however. They list 23 pitchers on their 40-man roster, plus 16 more nonroster pitchers in camp. 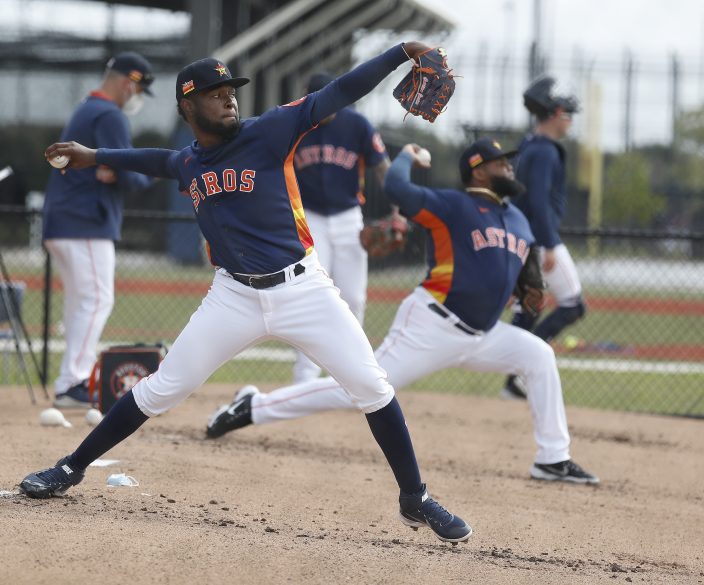 “No, we are not concerned about that,” he told Houston media, adding the protocols are “designed to isolate any potential issues and prevent them from reaching a scale at which point we would have to consider shutting down or pausing.”

Click said the team had a plan in place to permit the players to continue their work, albeit away from the club complex.

As for pitching plans in the upcoming week, Baker said it was a matter of “adjust and readjust.”

“We’ve just got to find a way to work around it and find a solution. We’re missing quite a few arms now. We’re concerned, but fortunately we had more pitchers than we knew what to do with when we opened camp,” he told Houston reporters.

Nineteen big league players and six staff have tested positive for COVID-19 since the start of spring training, a positive rate of 0.07% among 34,541 tests.

Sixteen of the 30 teams have had an individual test positive, the commissioner’s office and players’ association said Friday.

None of the 81 intake tests in the past week were positive, leaving 12 players and three staff positive among 5,317 intake tests thus far, a 0.03% positive rate.

All players on 40-man rosters and players with minor league contracts invited to big league training camp are screened. Also tested are all other on-field personnel such as managers, coaches and athletic trainers, strength and conditioning staff and physicians.

In the final figures released last year, MLB said it had collected 172,740 samples and that 91 had been positive, or 0.05%. Fifty-seven of 91 positives have been players, and 21 of the 30 teams have had a person covered by the monitoring test positive.

There were 45 regular-season games postponed for virus-related reasons last year but just two were not made up, between St. Louis and Detroit.