Atlanta Hawks forward De’Andre Hunter has stepped up his rehabilitation from right knee surgery but it will be another two weeks before the team knows how close he is to returning.

The Hawks announced Friday that Hunter has been cleared to do unrestricted weight room work and progressive on-court drills. His condition will be reviewed again on March 19.

Hunter, who underwent surgery Feb. 8, is among a rash of injuries that have stifled the Hawks' progress and led to the firing Monday of coach Lloyd Pierce. 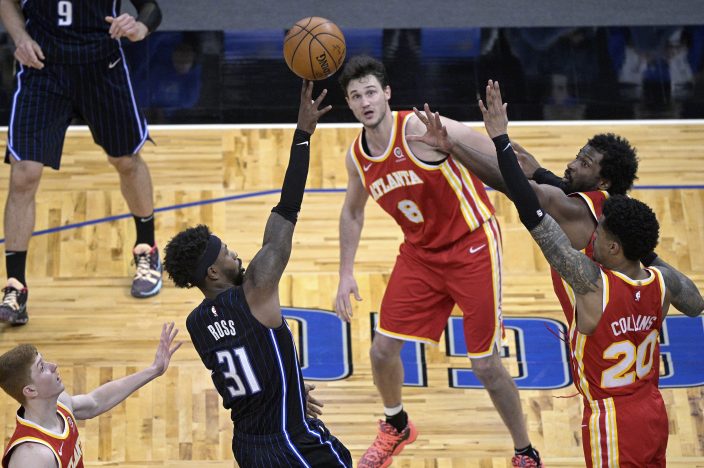 Atlanta has won two straight under interim coach Nate McMillan but it still just 16-20 at the All-Star break, ranking 11th in the Eastern Conference. The team did receive a boost this week when Bogdan Bogdanovic returned from a fractured knee that kept him out for nearly two months.

He is third on the team with 17.2 points per game, adding important scoring balance behind Trae Young and John Collins. Hunter was selected to the symbolic Rising Stars team as part of the All-Star weekend.