Spencer Torkelson's spring training began with an early setback when he cut his finger.

A rookie mistake by a player who hasn't even made his major league debut yet.

“I was in charge of dinner that night, and I was making this little corn salsa, and there was a can of beans to put in it," the Detroit infield prospect said. "The Airbnb didn’t have a can opener, and we tried to improvise, and we learned our lesson.” 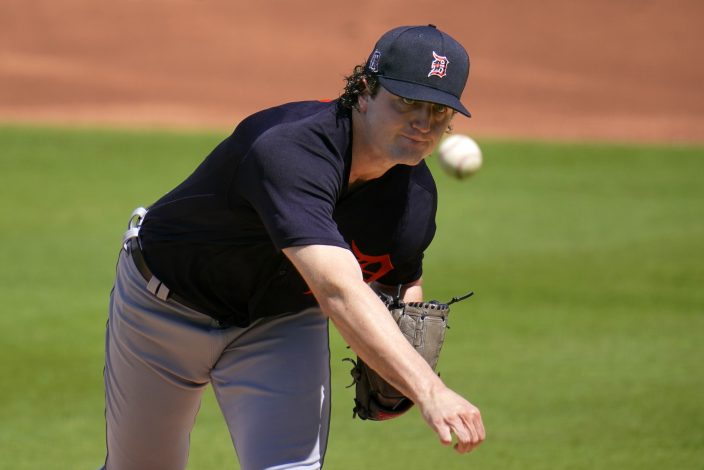 Torkelson reacted with good humor to that mishap, and it hasn't changed his outlook for the season. He started at third base in Friday's 1-1 tie with the New York Yankees — and anything he does in these next few weeks will take on added significance.

The Tigers are now well into their rebuilding process, and they have a handful of promising prospects. That includes two of the last three players selected No. 1 overall in the draft — Torkelson and right-hander Casey Mize. If everything goes as planned, those two may be at the center of the next successful era of Detroit baseball.

It's easy to compare Torkelson and Mize to previous No. 1 picks like Carlos Correa, Stephen Strasburg and Gerrit Cole. Tigers fans would love if they panned out that well, but it's important to remember that a player's development isn't necessarily linear. There can be progress and setbacks — plus injuries that hold a prospect back.

The top pick in the 2018 draft, Mize was called up to the majors during last year's abbreviated season. That was an exciting moment for the franchise, but he looked like a work in progress, going 0-3 with a 6.99 ERA in seven starts. He said he's rewatched games he pitched in an effort to improve at reading hitters.

“I think pushing yourself out of your comfort zone allows for some perspective, just in different areas of life," Mize said. "I’m definitely trying some new things on the mound for sure, so I think that’s a little bit out of my comfort zone, but I think it’s going to lead to success.”

Mize says this spring training is different, since he knows he has a better chance to break camp with the team. That's less likely for Torkelson, the top pick in the 2020 draft. He spent time at the team's alternate training location during that unusual year.

“My mindset is, you’re trying to make the team," Torkelson said. "I know that the chances are very unlikely, but if my mindset’s that, I’ll put in the work, and everything will fall into place, and I’ll become a better baseball player at every aspect of the game.”

Torkelson described this spring as a bit more laid back than his summer camp experience last year, and manager AJ Hinch said the former Arizona State slugger should be able to handle what comes his way as he pursues his pro career amid high expectations.

“He’s been under the spotlight for a long time," Hinch said. "I think the attention, the media, the fans, the opposing players — he’s hit in the middle of every order he’s ever been in. That to me has kind of built his foundation for handling this type of stuff.”

It's all part of a young player's journey.

“There’s cool moments every day," he said. "One of the craziest moments was showing up to the field for the away game, and my bag was already packed. I’m not used to that. That was pretty sweet.”