Corey Conners spent more time grinding out pars than chasing birdies, and that proved to be the right recipe Friday at the Arnold Palmer Invitational as Bay Hill began to bake under a warm sun.

Conners surged into the lead with a 25-foot eagle putt on the par-5 16th hole — his second eagle on that hole in two days — for a 3-under 69 and a one-shot advantage over former Bay Hill winner Martin Laird (67).

Rory McIlroy was poised to at least join Conners in the afternoon until he hit a couple of loose drives that cost him one shot when he could only pitch back to the fairway, leading to bogeys. He closed with five straight pars for a 71 that he figures could have been worse. 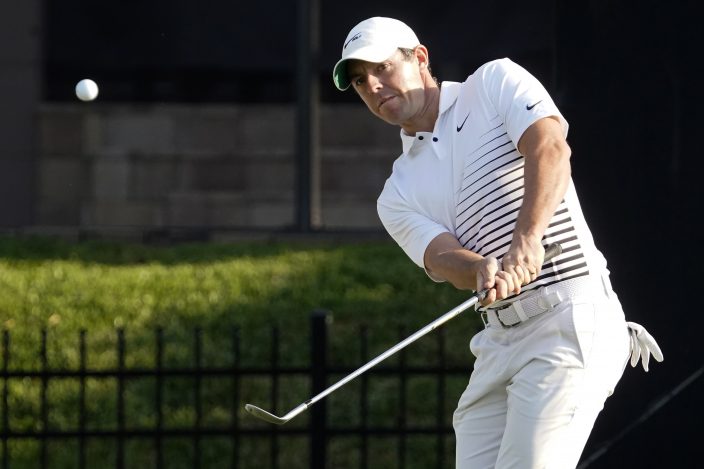 Rory McIlroy, of Northern Ireland, hits to the 16th green during the second round of the Arnold Palmer Invitational golf tournament Friday, March 5, 2021, in Orlando, Fla. (AP PhotoJohn Raoux)

“It could have been the round that I could have shot 74 or 75. I got in with 71 and pretty happy with that,” McIlroy said.

He was two shots behind, along with Viktor Hovland and Lanto Griffin, who each had a 68.

Jordan Spieth remained in the mix going into the weekend, which is becoming a regularity in the last month as he tries to end more than three years without winning. Spieth hit a superb flop shot over the bunker to a fast green that rolled out to a foot to escape with par and a 69. 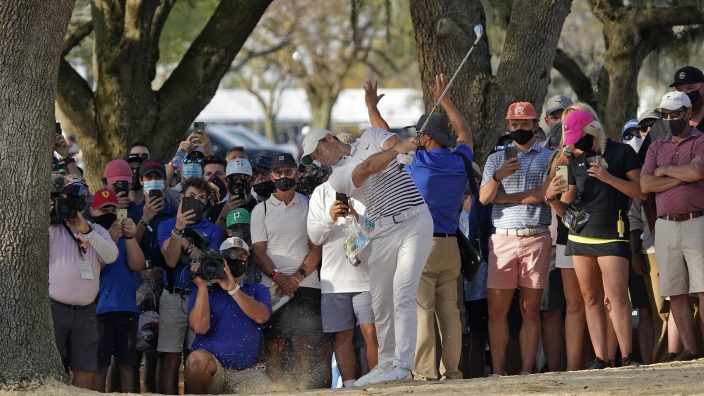 Rory McIlroy, of Northern Ireland, hits from the rough along the 16th fairway during the second round of the Arnold Palmer Invitational golf tournament Friday, March 5, 2021, in Orlando, Fla. (AP PhotoJohn Raoux)

Conners was at 9-under 135, and now everyone braces for the weather.

The forecast featured plenty of rain Saturday, which figures to make Bay Hill play longer and tougher, while also keeping the greens from getting as crusty as they were last year when Tyrrell Hatton won with a closing 74.

“We'll just see what happens and be ready for anything,” Conners said. 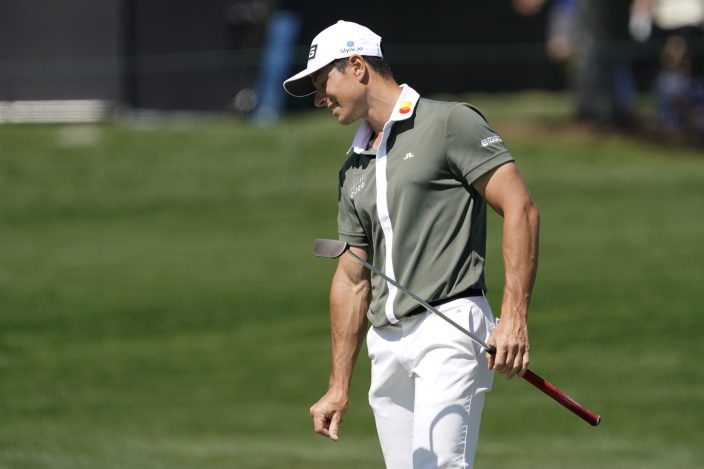 Viktor Hovland, of Norway, reacts to a missed putt on the ninth hole during the second round of the Arnold Palmer Invitational golf tournament Friday, March 5, 2021, in Orlando, Fla. (AP PhotoJohn Raoux)

Hatton at least gets a chance on the weekend. He opened with a 77 and was 10 shots better Friday, a 67 that allowed him to make the cut was one shot to spare.

Also making the cut were both Ryder Cup captains — Padraig Harrington of Ireland with a 74 to be nine shots behind, Steve Stricker with a 71 that left him one shot better.

Conners, whose lone PGA Tour victory came two years ago at the Texas Open, saved par seven times during his round, the exception coming at the par-3 second hole when he came up short of the green, some 80 feet away, and wound up missing his par putt from 10 feet. 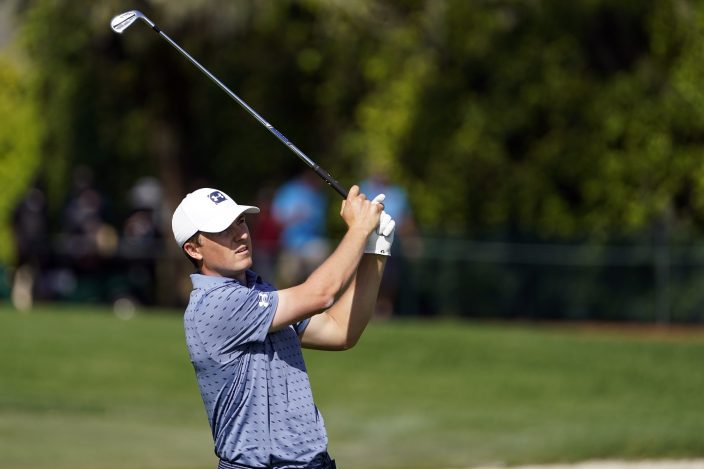 Jordan Spieth follows his approach shot to the ninth green during the second round of the Arnold Palmer Invitational golf tournament Friday, March 5, 2021, in Orlando, Fla. (AP PhotoJohn Raoux)

Otherwise, the Canadian has been solid. This is only the second time he has held the lead going into the weekend, the other occasion at the Valspar Championship in 2018 when his bid to go wire-to-wire ended with a 77 in the final round.

“I haven’t really been in this position a lot, but I have a lot of confidence in my game and feeling really relaxed the last few days, so try and keep that going,” Conners said. “I feel like I have a lot of energy. I had an off week last week and really excited for the weekend.”

Laird has recent success winning on a familiar course. In the fall, he ended seven years without a victory by winning in Las Vegas, scene of his first PGA Tour victory in 2009. He won at Bay Hill in 2011 on a final round so tough a 75 was enough to get the job done. 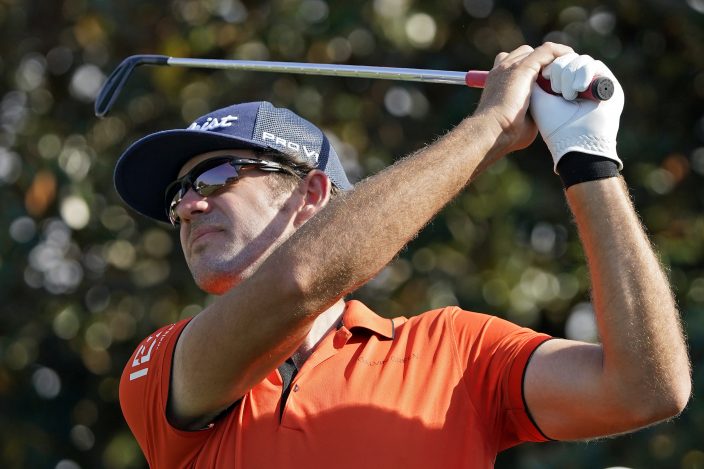 Lanto Griffin tees off on the second hole during the second round of the Arnold Palmer Invitational golf tournament Friday, March 5, 2021, in Orlando, Fla. (AP PhotoJohn Raoux)

Now there are plenty of others in the mix.

U.S. Open champion Bryson DeChambeau overcame consecutive bogeys at the end of his front nine and hot 71. He was three shots behind. Another shot back were Spieth, Justin Rose (68), Sunjae Im (70) and Paul Casey (69).

Hatton wasn't the only player who saw a big improvement. Jazz Janewattananond of Thailand had the low round of the tournament with a 65, which was 10 shots better than his first round.

And then there was Robert Gamez, still exempt from winning in 1990 — three years before Spieth was born — by holing out with a 7-iron on the 18th hole. The 52-year-old Gamez shot a 92 and was disqualified for not signing his card.

Jason Day looked to be in much better shape than seven shots behind. He played in the morning, had a pair of birdies and came to the 16th, the easiest at Bay Hill. He lost his tee shot to the right and to use binoculars and the zoom lens of a camera to make sure the ball stuck in the tree was his.

That led to a double bogey, and he took another double bogey on the 18th hole by taking four to get down from a bunker.

“A little unfortunate that it got stuck. It was literally in a nest," Day said. “So I think mama birdy is going to come back and find another egg there."