Brad Marchand had two goals and an assist, and the Boston Bruins responded to a head shot from Capitals forward Tom Wilson with a three-goal second period to beat Washington 5-1 on Friday night.

Two days after Alex Ovechkin slashed Trent Frederic in the groin, the game again took an ugly turn when Wilson smashed Brandon Carlo’s head into the glass with 90 seconds left in the first period. Both Frederic and Jarred Tinordi fought Wilson in the game, but the real revenge was the scoring.

Frederic scored Boston’s second goal — the first after Wilson’s hit — and Patrice Bergeron had a goal and an assist for Boston. Nick Ritchie also scored, and Jaroslav Halak stopped 31 shots. 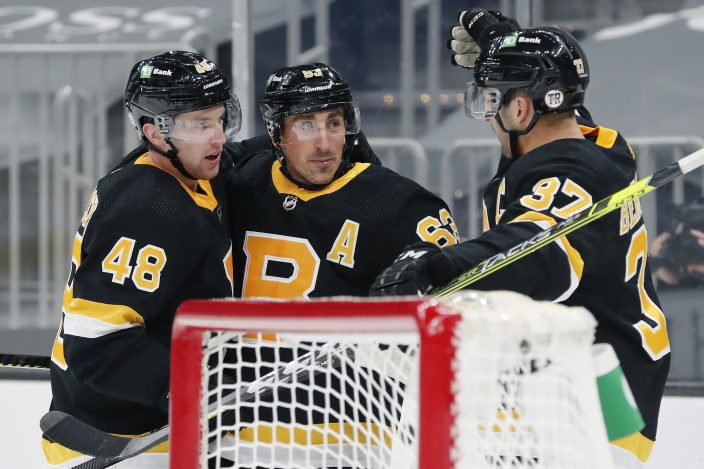 Nicklas Backstrom recorded his 700th career assist, setting up Jakub Vrana to spoil the shutout bid with six minutes left in the game. Vitek Vanacek stopped 14 of the 18 shots he faced before he was pulled with 4:17 left in the second period and the Capitals trailing 4-0; Ilya Samsonov made six saves on seven shots the rest of the way.

Carlo went down late in the first period after Wilson went hands-high to his head in the corner behind the Boston net. Carlo absorbed a cross-check from Vrana on his way to the ice and remained there for several minutes.

The music went silent in the empty arena, and the Bruins bench could be heard cussing out Wilson. When Carlo finally got to his skates, the only noise was his teammates banging their sticks against the boards. 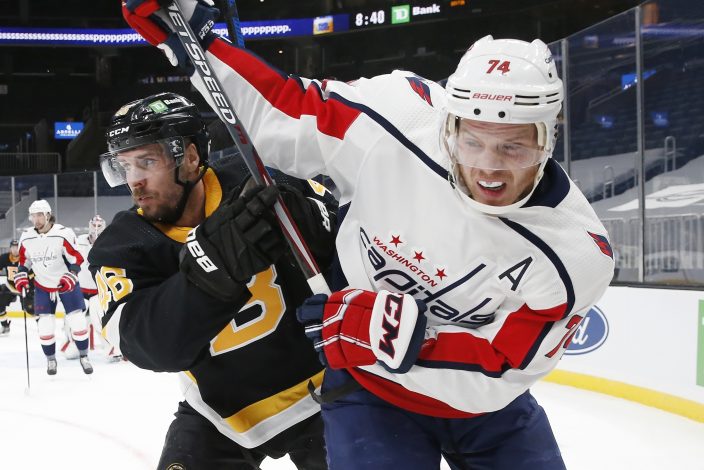 No penalty was called.

When the teams came out for the second period, Bergeron skated over to Wilson as he stretched out and spoke to him. Ovechkin skated by to monitor the situation, as did an official.

Players began shoving each other after the next whistle, and Brenden Dillon was sent off for roughing in a transparent make-up call. With about six minutes gone in the period, Tinordi and Wilson dropped their gloves. 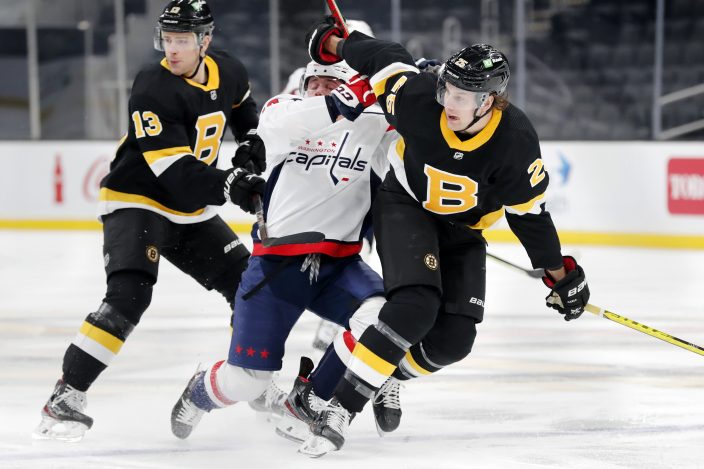 Thirty seconds later, Frederic deflected a pass right past Vanecek to make it 2-0. Midway through the period, Bergeron converted on a pass from Pastrnak to make it 3-0.

With five minutes to go in the second, Matt Grzelcyk sent a cross-ice pass to Marchand, who was perched at the side of the net to easily shove the puck in and make it 4-0. David Krecji connected with Ritchie cross-ice with about a minute gone in the third made it 5-0, and then Frederic and Wilson went at it off the ensuing faceoff. Frederic picked up a minor for instigating and a 10-minute misconduct. 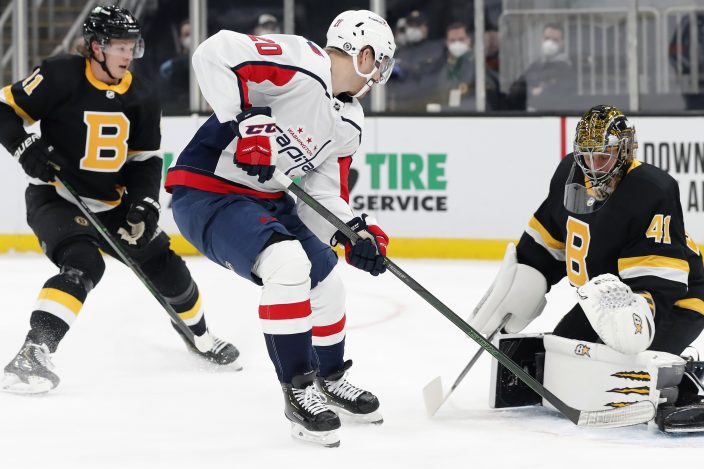