Philipp Kurashev scored the only goal in a shootout and the Chicago Blackhawks beat the Tampa Bay Lightning 4-3 on Friday night.

Alex DeBrincat scored twice and Dominik Kubalik added a goal in regulation for the Blackhawks, who lost their first three games to the Lightning this season. Malcolm Subban made 39 saves, plus three more in the shootout. 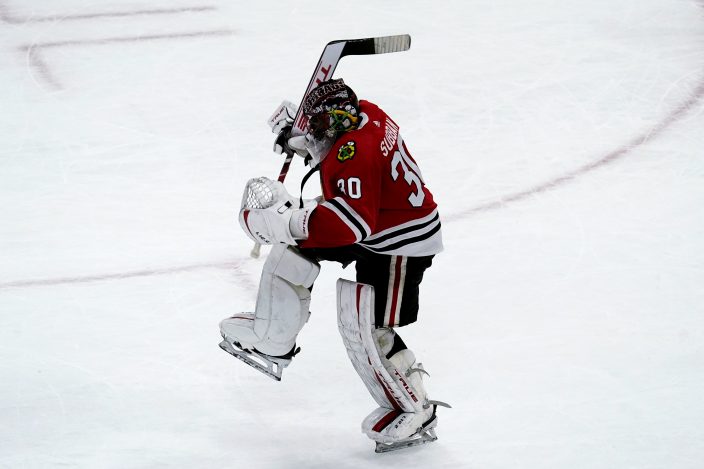 Chicago improved to 4-1-1 in its past six games and snapped Tampa Bay's six-game winning streak.

McDonough made it 3-2 off a big rebound 3:20 into the third period, jumping on Killorn's drive and beating Subban from 10 feet.

Kubalik tied it 1:40 later by poking home the fluttering shot of defenseman Duncan Keith for his fourth goal in six games. 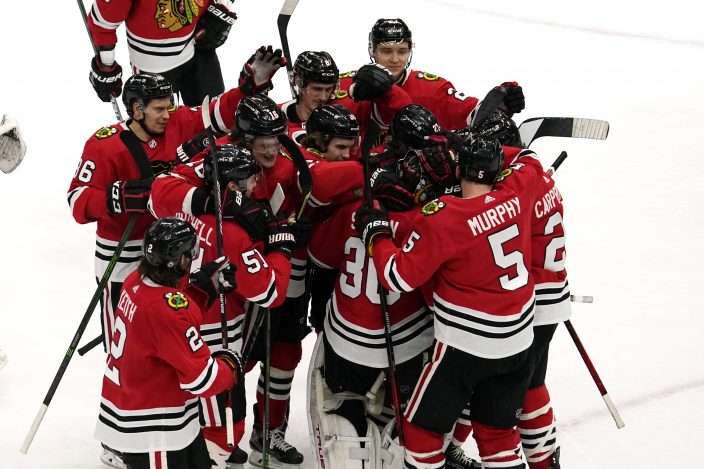 The Lightning controlled the play for much of the game. McElhinney made two picturesque stops on Patrick Kane in the first two minutes of overtime, but he was outdone when Subban stopped Victor Hedman, Braydon Point and Steven Stamkos in the shootout.

Tampa Bay scored twice in the first 11 minutes, only to see Chicago tie it early in the second period.

Cirelli got behind Keith and rebounded Point's shot at 2:51 for his third goal in four games. Killorn made it 2-0 at 10:27 with a power-play goal, tipping Hedman’s shot from the high slot. 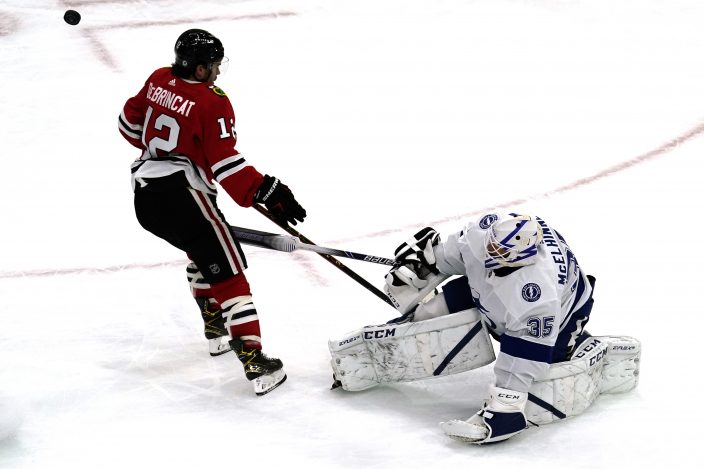 DeBrincat scored less than three minutes later. The 100th goal of his NHL career was a power-play goal, a wrist shot from the left circle with Blake Coleman off for hooking.

DeBrincat, who had 18 goals in 70 games last season, scored his 14th in 21 games this year 7:08 into the second period, parking low in the left circle before one-timing a pass from Kane to tie it.

Blackhawks defenseman Calvin DeHaan crumpled to the ice after blocking Ondrej Palat's snapshot 2:12 into the final period and eventually limped to the bench. He went to the locker room and did not return. 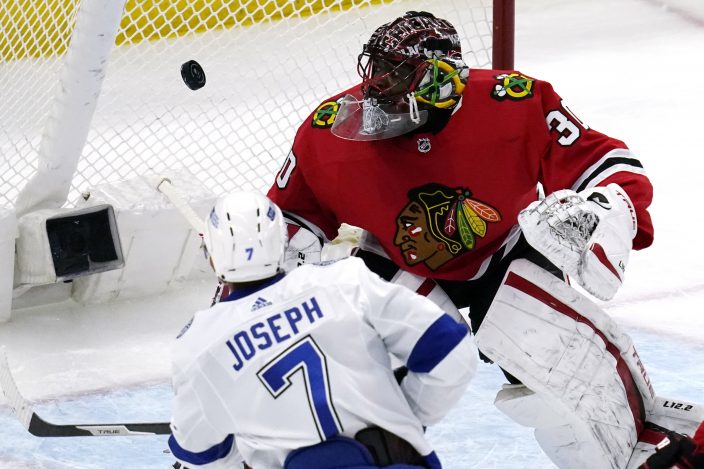 Tampa Bay played only two overtime games in their first 20 contests but were taken to overtime for the second game in two nights by the Blackhawks, running their season total to four. Columbus and Carolina were the other teams to force the Lightning past 60 minutes, and only Carolina scored a victory. Blackhawks defenseman Brent Seabrook received a video tribute on the scoreboard Friday night, hours after he announced his retirement because of injuries, saying his right hip wouldn’t heal enough to allow him to play following surgery. Seabrook was a key part of the Blackhawks’ Stanley Cup winning teams in 2010, 2013 and 2015, as well as Canada’s 2010 Olympic champions.

Tampa Bay and Chicago conclude their three-game series on Sunday at United Center.