Just days after their last elected president spent a night in jail, members of Football Club Barcelona will vote for a new one to steer the club out of its most tumultuous period in recent memory.

The winner — to be announced late Sunday night — will inherit a club facing daunting problems. 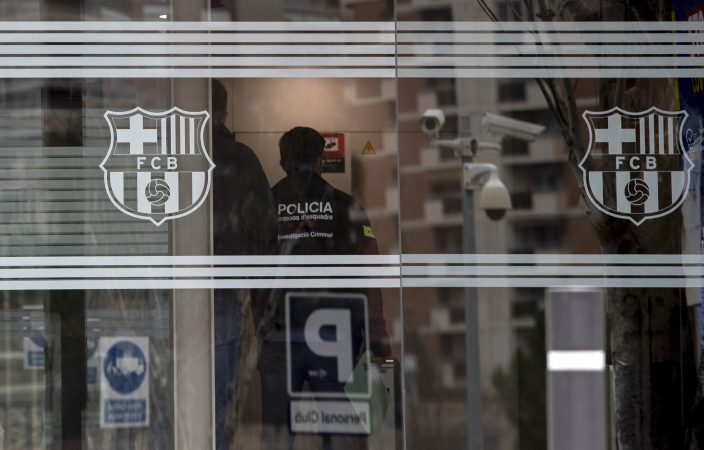 Barcelona’s reputation of being a socially conscientious institution expressed in its slogan “More than a club” has been tarnished by an odd scandal that has bloomed into a police investigation into alleged misdoing. The so-called “Barçagate” centered on allegations that the former executive board had hired an internet services company to spread negative messages about its own players and opponents on social media to boost the image of senior club officials.

Former president Josep Bartomeu denied the accusations. But after several months of investigation, Catalan police arrested him and three other club officials on Monday on suspicions of administrative irregularities.

In addition to restoring the image of a well-run club, the new president will be hampered by a numbing debt of 1.1 billion euros ($1.3 billion). That debt load was caused in part by the impact of the coronavirus pandemic that has left Camp Nou void of spectators since March, but also because of the highest payroll in football. 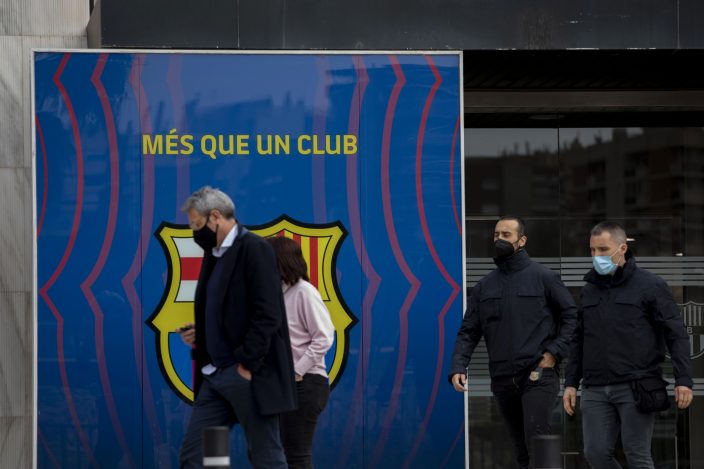 The 48-year-old Font, as the only outsider of the candidates with no experience in the club's administration, is calling for a renewal of the club.

“What the (scandal surrounding Bartomeu) shows is that we need to change the way the club is run,” Font said Friday in the candidates' final debate. “We have (over) a billion euros in debt, Camp Nou is in need of a renovation, and since Monday a club president is in jail. We are sick and tired of it, and it is time to turn the page.”

The future of Lionel Messi has also weighed heavily on the campaign, which has been widely followed in Spain. The club’s all-time leading scorer wanted to leave last summer. Messi has since said he will decide his future after the season ends, when his contract expires and he could walk away for free.

Laporta presided over Barcelona between 2003-2010 during Messi's breakout and the start of Pep Guardiola’s coaching career. In addition to his successful first stint, his top lure for voters is his claim that he is the best positioned to convince Messi to stay put.

“For Messi to smile again he must be convinced that the team can be back winning Champions League, La Liga, Copa del Rey, Super Cups and Club World Cups,” the 58-year-old Laporta said. “I think this will be the key factor for him to decide whether to stay with Barça or leave.”

Based on the member signatures that candidates needed to get on the ballot, Laporta appears to be the favorite. The former president gathered 9,625 signatures, compared to 4,432 by Font and 2,634 by Freixa.

Freixa was a board member for Barcelona from 2010-15. He rejects the image of a club on the border of collapse and says that he can win as an underdog.

Of the three, 52-year-old Freixa is the one only one who guaranteed on Friday that coach Ronald Koeman would complete his contract through the end of next season. Font, by contrast, has promised to bring back midfield great Xavi Hernández in some capacity, either as sports director or as coach.

Koeman, who has guided the team into the Copa del Rey final and kept it in the Spanish league title chase, said in a press conference before Saturday’s match at Osasuna that he was “tired of answering questions” about his future.

“It is normal that names like Xavi and others come up,” the Dutch coach said. “That doesn’t bother me. I am focused on my job.”

The election was called after Bartomeu and his board resigned in October facing a possible no-confidence referendum by club members angry about the team’s trophy-less 2019-20 season that ended in a humiliating 8-2 loss to Bayern Munich in the Champions League quarterfinals.

Members can vote not only at Camp Nou stadium, but also by mail and at five other polling stations in northeast Catalonia and neighboring Andorra that have been opened due to the pandemic.

The winner gets a five-and-a-half-year term.