VIRUS OUTBREAK-INMATE-VACCINES — A Tennessee advisory panel deciding eligibility for the COVID-19 vaccine acknowledged that prisoners in the state are high-risk. But documents obtained by The Associated Press also show panel members concluded that prioritizing inmates for inoculation could be a “public relations nightmare.” Ultimately, the Pandemic Vaccine Planning Stakeholder group placed prisoners in the last group eligible, despite observing that inmates left untreated would be “a vector of general population transmission.” By Kimberlee Kruesi and Jonathan Matisse. SENT: 930 words, photos. A participant rides a motorcycle in the Gay and Lesbian Mardi Gras parade at the Sydney Cricket Ground in Sydney, Saturday, March 6, 2021. The annual event has been forced into a sport stadium due to COVID-19 restrictions. (AP PhotoRick Rycroft)

VIRUS OUTBREAK-CONGRESS — An exhausted Senate narrowly approves a $1.9 trillion COVID-19 relief bill Saturday as President Joe Biden and his Democratic allies notched a victory they called crucial for hoisting the country out of the pandemic and economic doldrums. After laboring through the night on a mountain of amendments — nearly all from Republicans and rejected — bleary-eyed senators pass the sprawling package on a 50-49 party-line vote. That sets up final congressional approval by the House next week so lawmakers can send it to Biden for his signature. By Alan Fram. SENT: 940 words, photo. UPCOMING: 950 words, photos by 3 p.m. WITH: VIRUS-OUTBREAK-CONGRESS-HIGHLIGHTS -- Highlights of the aid package that now needs final House approval before Biden can sign. SENT: 970 words, photos.

IRAQ-POPE — Pope Francis walked through a narrow alley in Iraq’s holy city of Najaf for a historic meeting with the country’s top Shiite cleric, and together they delivered a powerful message of peaceful coexistence in a country still reeling from back-to-back conflicts over the past decade. By Nicole Winfield and Qassim Abdul-Zahra. SENT: 1,175 words, photos. WITH: IRAQ-POPE-SURVIVING ISLAMIC STATE — Pope to visit Iraq church damaged by IS militants. SENT: 845 words, photos. WITH: IRAQ-POPE-THE LATEST. 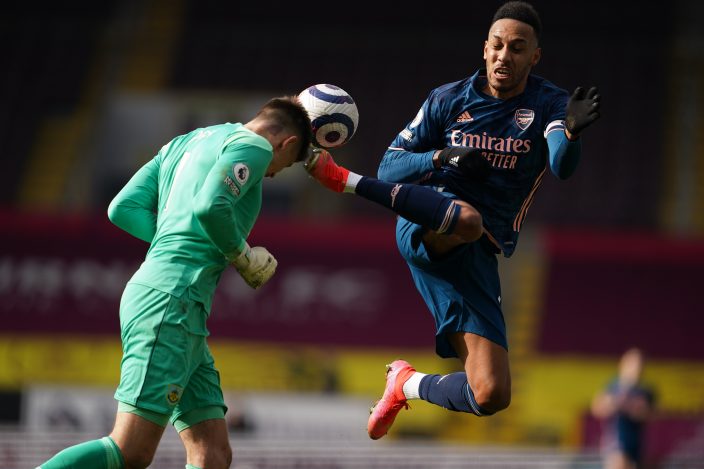 BIDEN-JUDGES — President Biden has two seats to fill on the influential appeals court in the nation’s capital that regularly feeds judges to the Supreme Court. They are among the roughly 10% of federal judgeships that are or will soon be open, giving Biden his first chance to make his mark on the American judiciary. By Mark Sherman. SENT: 940 words, photos.

VIRUS OUTBREAK — Fast-spreading mutant versions of the coronavirus are powering another uptick in infections in Europe. The World Health Organization says the U.K. variant is now dominant in 10 countries, and variants from Brazil and South Africa are a concern. By Colleen Barry. SENT: 960 words, photos. With VIRUS OUTBREAK-THE-LATEST.

VIRUS OUTBREAK-RURAL PHARMACIES — Getting a COVID-19 vaccine has been a challenge for residents of rural U.S. counties without a pharmacy or a well-equipped clinic. People in Virginia’s Surry County drove up to an hour away before local officials pressured the state to start delivering doses. So-called “pharmacy deserts” highlight a health care disparity that’s become even more stark during the pandemic. More than 400 rural counties lack a pharmacy that’s partnering with the federal government to administer vaccine shots. By Ben Finley. SENT: 1,290 words, photos. Eds: This story has moved as the Sunday Spotlight.

PORTLAND-GUN-VIOLENCE — Portland, Oregon, last year dissolved a special police unit designed to focus on gun violence during the national reckoning over racial injustice. Critics say the squad unfairly targeted Black people and urged resources be redirected elsewhere. But gun violence and homicides have since spiked in the liberal city like they have in other places nationwide, and some say disbanding the unit was a mistake. By Sara Cline. SENT: 950 words, photos.

AFGHANISTAN — A suicide car bombing killed the Afghan intelligence directorate’s chief prosecutor, an official said, amid an increase in violence in the war-ravaged country. SENT: 265 words.

PROFESSORS-HALLOWEEN PHOTOS — Three professors at the University of South Alabama have been placed on leave after racially insensitive Halloween photos surfaced of them. SENT: 480 words.

VIRUS-OUTBREAK-DAYTONA-BIKE WEEK— Despite the coronavirus pandemic, Daytona Beach’s annual Bike Week has brought tens of thousands of motorcyclists to the city and its neighbors this weekend — and few of them are wearing masks. SENT: 325 words, photos.

VIRUS-OUTBREAK-BRITAIN-VAXI-TAXI — The Vaxi Taxi was a godsend for Leslie Reid. The 48-year-old stagehand wanted to get a COVID-19 shot, but he was worried about riding public transport to the vaccination center because his immune system had been weakened by a bout with flesh-eating bacteria that almost cost him his arm. So Reid jumped at the opportunity when his doctor called and offered him the shot together with door-to-door transportation. SENT: 620 words, photos.

VIRUS OUTBREAK-INDIA-DALAI LAMA — The Dalai Lama, the 85-year-old Tibetan spiritual leader, has been administered the first shot of the coronavirus vaccine at a hospital in the north Indian hill town of Dharmsala. SENT: 250 words, photos.

MANCHIN-DEALMAKER — West Virginia has long proclaimed itself “Almost Heaven,” a nod to a song and soaring mountaintop vistas. Now some joke the state name-checked in “Take Me Home, Country Roads” could take things up a notch as Democratic U.S. Sen Joe Manchin bargains his way through Congress. SENT: 990 words, photos.

USDA-AGENCY-RELOCATIONS — More than a year after two U.S. Department of Agriculture research agencies were moved from the nation’s capital to Kansas City, Missouri, they remain critically understaffed and some farmers are less confident in the work they produce. SENT: 1,040 words, photos.

INDIA FARMER PROTEST — Thousands of Indian farmers blocked a massive expressway on the edges of New Delhi to mark the 100th day of protests against agricultural laws they say will devastate their income. SENT: 630 words, photos.

EGYPT-SUDAN — Egypt’s president arrived in Sudan, his first visit to the country since a popular uprising led to the military’s overthrow of longtime autocrat Omar al-Bashir in 2019. SENT: 700 words, photo.

LEBANON — Lebanon’s caretaker prime minister warned that the country was quickly headed toward chaos and appealed to politicians to put aside differences in order to form a new government that can attract desperately needed foreign assistance. SENT: 515 words, photos.

UNITED NATIONS-ETHIOPIA-TIGRAY — U.N. diplomats say an attempt to get U.N. Security Council approval for a statement calling for an end to violence in Ethiopia’s embattled Tigray region and to spotlight the millions in need of humanitarian assistance has been dropped after objections from India, Russia and especially China. SENT: 400 words, photo.

SOMALIA-EXPLOSION — Somalia’s government news agency says the death toll has risen to at least 20 after a vehicle packed with explosives rammed into a popular restaurant in the capital on Friday night, with 30 wounded. SENT: 130 words, photos.

EGYPT-HIGHWAY-CRASH — Officials say 18 people were killed when a truck crashed into a bus outside Cairo. SENT: 170 words.

GEORGE-FLOYD-OFFICER TRIAL-FLOYD SQUARE — Minneapolis leaders say they’ll reopen a barricaded intersection known as George Floyd Square after the murder trial of the officer accused of killing him. But the activists who serve as unofficial leaders and organizers of the area have issued 24 demands before they’ll step aside, even calling for a recall of the county prosecutor. SENT: 1,065 words, photos. WITH: GEORGE-FLOYD-OFFICER-TIMELINE (sent).

CENSUS-SHRINKING-METROS — The federal government is proposing to downgrade 144 cities from the metropolitan statistical area designation by raising the bar from 50,000 residents to 100,000. Officials in some of those cities worry the proposed change will cost them federal funds. SENT: 970 words, photos.

MANSLAUGHTER-VIOLENT OR NOT — Once annually, sometimes less, the full federal appeals court in New York meets to confront a perplexing legal question. This year, it was to decide whether shooting somebody point-blank in the face and stabbing somebody to death are violent acts. It's a legal puzzle that has vexed multiple federal courts — even if, the judges agreed, the answer might seem like common sense. SENT: 825 words.

OBIT-MICHAEL STANLEY — Michael Stanley, a Cleveland-based rocker who with his namesake band reached the Top 40 in the 1980s with the hits “He Can’t Love You” and “My Town” before he went on to a long career as a radio disc jockey, has died. He was 72. SENT: 320 words.

BRITAIN-ROYAL-FAMILY-TV-MOMENTS — Britain’s royal family and television have a complicated relationship. The medium has helped define the modern monarchy: The 1953 coronation of Queen Elizabeth II was Britain’s first mass TV spectacle. Since then, rare interviews have given a glimpse behind palace curtains at the all-too-human family within. SENT: 1,000 words, photos.

BKN-ALL-STAR-GAME-PREVIEW — It’s the NBA All-Star Game no one really seemed to want. But the league is going through with a scaled-back, one-day-only showcase in the midst of the coronavirus pandemic, hoping to boost its bottom line while reaching a worldwide television audience. UPCOMING: 750 words, photos by 5 p.m.

IDITAROD — The world’s most famous sled dog race starts Sunday, but this year’s edition of the Iditarod will see a lot changes forced by the pandemic. The race will be shorter this year, only 860 miles instead of a thousand. This will be the first time in race history that the finish line won’t be in Nome. Instead, mushers will go to the ghost town of Iditarod and loop back to the Anchorage area for the finish. SENT: 1,145 words, photos.