Lee Westwood made a pair of 30-foot putts over the final three holes Saturday, one for eagle and the other a closing birdie, for a 7-under 65 that gave England's ageless wonder a one-shot lead in the Arnold Palmer Invitational.

Westwood turns 48 next month and is feeling younger by the years, coming off a third European Tour title and still easily among the top 50 in the world.

Now he goes up against U.S. Open champion Bryson DeChambeau, whose 68 included a birdie on the par-5 sixth hole in which he cut off so much of the water he had only 70 yards for his second shot on the 531-yard hole. 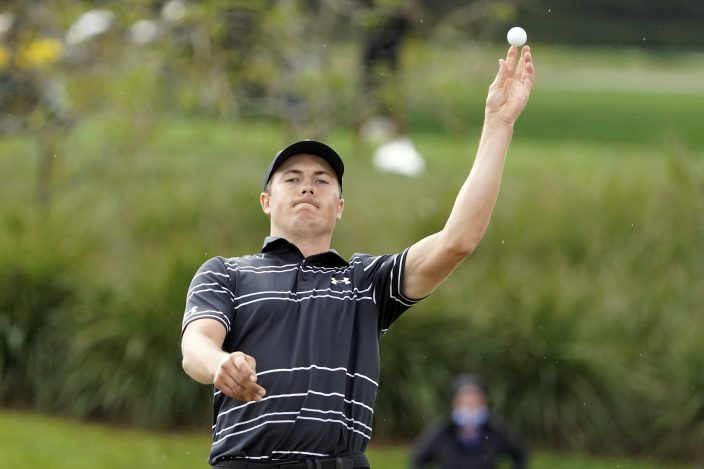 Jordan Spieth tosses his ball to his caddie after making a hole-in-one on the second hole during the third round of the Arnold Palmer Invitational golf tournament Saturday, March 6, 2021, in Orlando, Fla. (AP PhotoJohn Raoux)

Corey Conners of Canada, who started with a one-shot lead, could only manage a 71 on a cool, breezy day at Bay Hill with only a few drops of rain. He also was one shot behind.

“It's nice to still be playing in these tournaments,” Westwood said. “You've got to be top 50 in the world and if you would have said to me 20 years ago will you still be top 50 in the world at 48 I might have been slightly skeptical. And it just shows that I’m still capable of playing well in these tournaments with all the good young players around me and obviously contending, because that’s what I’m doing this week.”

Sunday was shaping up as another thriller at Bay Hill. 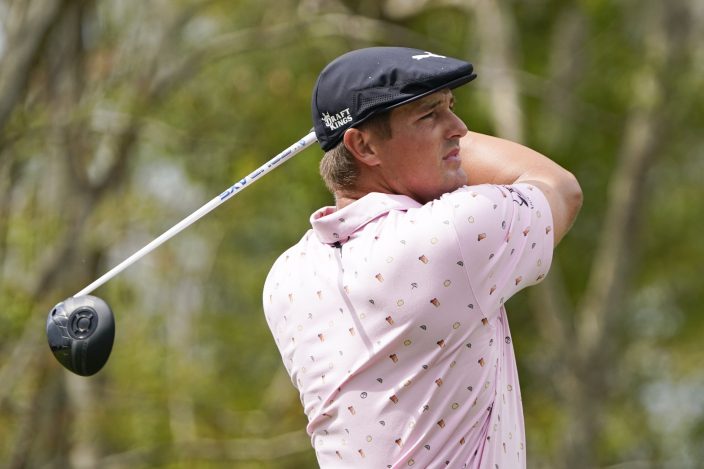 Bryson DeChambeau hits a shot from the third tee during the third round of the Arnold Palmer Invitational golf tournament Saturday, March 6, 2021, in Orlando, Fla. (AP PhotoJohn Raoux)

Jordan Spieth opened with a birdie and a hole-in-one, took the lead by holing a bunker shot on the par-3 seventh, saved par after a tee shot into the water and shot 68 with the kind of round he'd rather do without. Spieth prefers boring golf, and this was anything but that.

He was two shots behind, along with former PGA champion Keegan Bradley, who had the low score of the week at 64.

Spieth didn't have the only ace. Jazz Janewattananond made on on the 14th hole that thrust him into the ix with a 69, leaving him four shots behind in a group that included Rory McIlroy, who bogeyed the last for a 72. Despite such a pedestrian round, McIlroy was very much in contention. 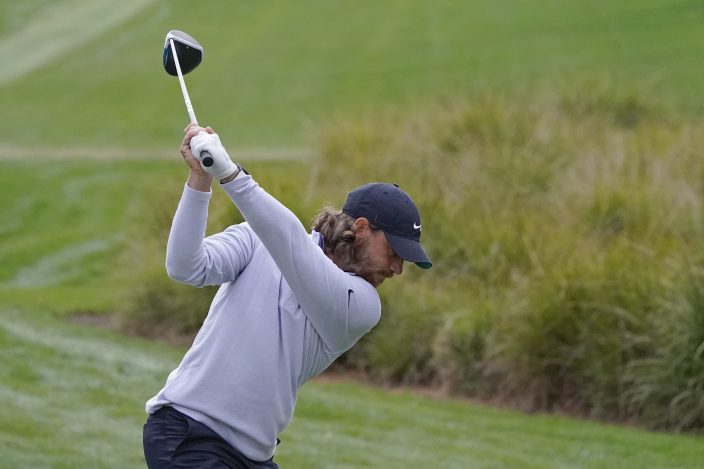 Tommy Fleetwood, of England, tees off on the 18th hole during the third round of the Arnold Palmer Invitational golf tournament Saturday, March 6, 2021, in Orlando, Fla. (AP PhotoJohn Raoux)

They will be chasing Westwood, who first played the Arnold Palmer Invitational in 1998. He was at 11-under 205.

Westwood posted his lowest score ever at Bay Hill and made only six pars. He had eight birdies and the eagle on the 16th hole, along with a pair of three-putt bogeys.

Westwood has five victories since turning 40, including last year in Abu Dhabi, among the strongest fields on the European Tour. He rallied to win the Race to Dubai late last year, his third time finishing the year as Europe's No. 1. 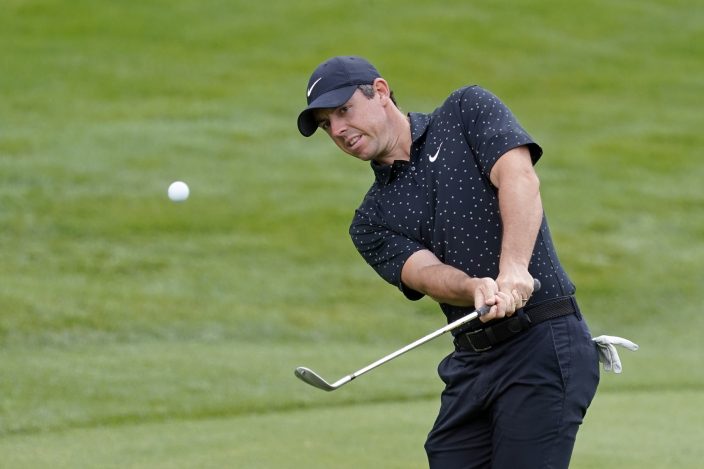 Rory McIlroy, of Northern Ireland, hits to the second green during the third round of the Arnold Palmer Invitational golf tournament Saturday, March 6, 2021, in Orlando, Fla. (AP PhotoJohn Raoux)

So this didn't surprise him, especially on a course that fits his eye, even though he has only one finish in the top 10.

Spieth is getting used to being in contention, too. He had chances in Phoenix and Pebble Beach, and he was in the peripheral of contention at Riviera.

Starting four shots behind, he made up ground quickly with an 18-foot birdie on the first hole and then hit a 5-iron that rolled up the right side of the green, turned toward the cup and dropped for an ace.

“That was obviously a really cool moment,” Spieth said.

He will play Sunday with Tommy Fleetwood, who had a 68 and was three behind. Spieth had to play as a single most of Saturday when Justin Rose, who made a 9 on the third hole, withdrew soon thereafter citing back spasms.

DeChambeau got one of the loudest cheers of the day by hitting into the rough. The biggest gallery lingered behind the sixth tee to see if he would go for the green. He aimed well to the right, but it still was a thrill to them to see DeChambeau grab driver and blast away.

The fans packed behind the ropes on the other side of the water let out a huge cheer when his ball descended and tumbled into the rough, 70 yards from the pin.

“Oh, man, I felt like a kid again, for sure,” DeChambeau said. “It was exciting, especially when you pull it off. It was almost like winning a tournament. It's kind of the feeling I had. It was like, ‘Oh, I did it.’ I got the same chills and feeling when I saw it clear and there was no splash. I gave the fans what they wanted.”

The tournament isn't decided until Sunday, and with hardly any rain, the greens are unlikely to lose their speed and firmness. McIlroy likes his position. Westwood likes his even more.

Man charged with murder, tampering with body in wife ...

A Colorado man arrested in the dea ...

Broncos waive 2nd veteran who got hurt training on his ...