Adrian Kempe scored 1:45 into overtime, Anze Kopitar had two goals and an assist and the Los Angeles Kings rallied for a 4-3 win against the St. Louis Blues on Saturday night.

Kempe scored off a pass from Gabriel Vilardi to cap a 3-on-1 rush and end a four-game losing streak after trailing by three goals in the first period.

Matt Luff scored and Jonathan Quick made 22 saves for the Kings, who had not overcome a three-goal deficit to win since Dec. 18, 2014. 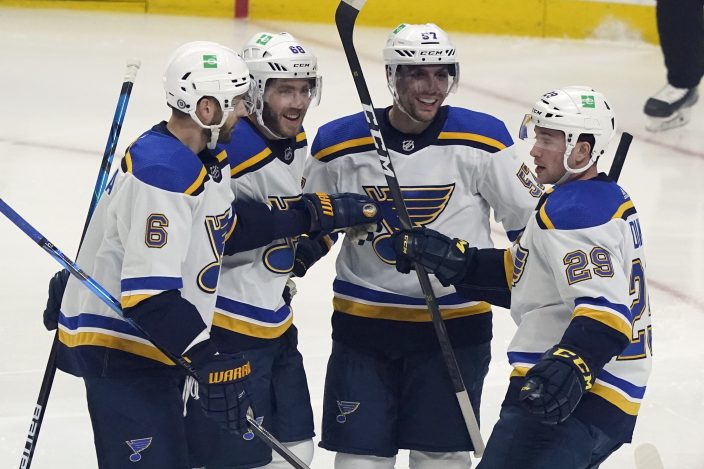 David Perron had a goal and an assist for the Blues, who snapped a four-game winning streak. Jordan Binnington made 30 saves.

The opening period looked as if it would encapsulate how the Blues and Kings had been trending in opposite directions. St. Louis came into the game with the NHL’s best road record, while Los Angeles had been in free fall since a six-game winning streak made their stated goal of reaching the playoffs seem possible. 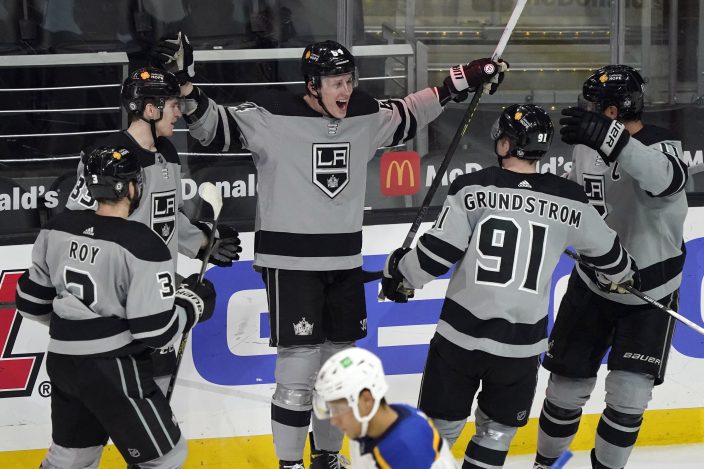 Picking up where they left off Friday after rallying for a 3-2 overtime win, the Blues blitzed the Kings with three goals in 11:05 of the first period. Perron scored on a one-timer from the left circle after he and Brayden Schenn caught the Kings in transition 25 seconds into the game.

Los Angeles has allowed the opening goal in 15 of its 23 games this season.

Nathan Walker made it 2-0 at 4:38, finding himself alone at the right post for a tap in from Sammy Blais off another St. Louis rush. Ryan O’Reilly then scored on the power play.

Blues forward Vladimir Tarasenko was a minus-2 and played 15:51 in his first regular-season game since Oct. 24, 2019, when he dislocated his left shoulder against the Kings. Tarasenko returned to play in two seeding games and two playoff games when the NHL season restarted before aggravating the injury, leading to surgery last August. It was the third surgery on his shoulder since April 2018 for the five-time 30-goal scorer.

Perron scored three goals in the two games against Los Angeles, extending his point streak to six games in the process. He has four goals and three assists in that span. Schenn had two assists, giving him two goals and four helpers during a five-game point streak.

Blues center Oskar Sundqvist did not play after sustaining an undisclosed injury on Friday.

Blues: Wrap up their road trip against the San Jose Sharks on Monday.

Kings: Visit the Anaheim Ducks on Monday for the first of a two-game set.