The time has finally come for audiences to hear Meghan and Harry describe the backstory and effects of their tumultuous split from royal life.

Sunday night’s airing of a two-hour special hosted by Oprah Winfrey will provide the first, and unprecedented, peek into the couple’s departure from royal duties and the strains it has placed on them.

How it’s received is likely to depend on which side of the Atlantic Ocean viewers are on. 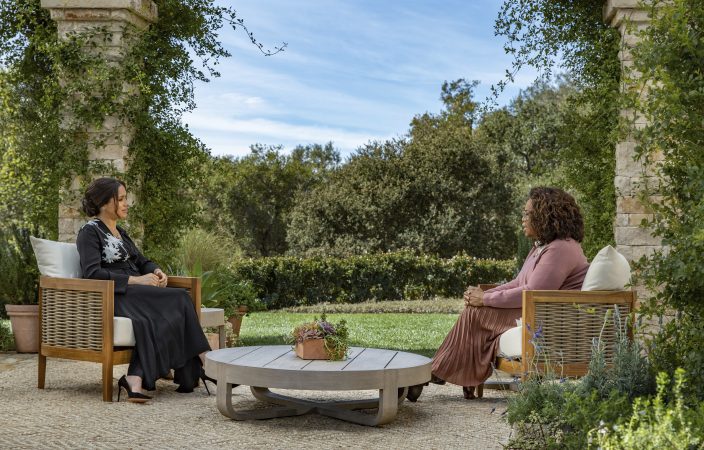 British audiences will wake up Monday to headlines and social media posts about Winfrey’s special, but won’t be able to see the full interview until Monday night when it airs on ITV.

Royal interviews that aren't tied to a specific topic are rare, and prior televised sessions have often proved problematic. Prince Andrew’s 2019 BBC interview about his links with convicted sex offender Jeffrey Epstein led to his own departure from royal duties after he failed to show empathy for Epstein’s victims. 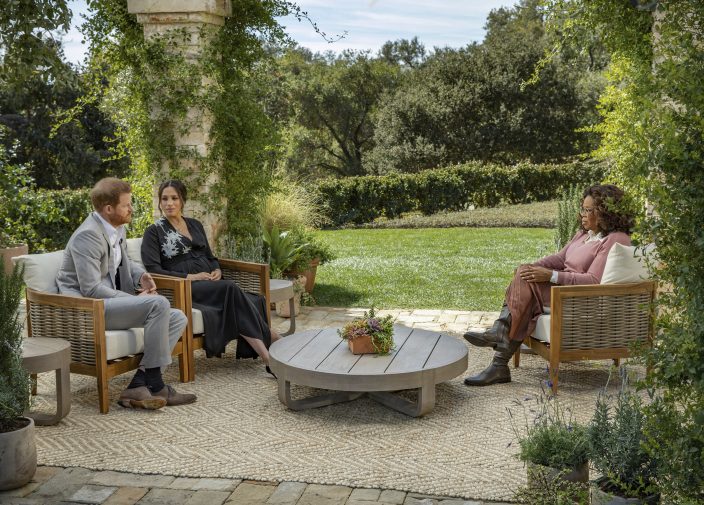 Harry and Meghan’s departure from royal duties began in March 2020 over what they described as the intrusions and racist attitudes of the British media toward the duchess, who is biracial.

Clips released ahead of the airings suggest that at least Meghan will have some pointed criticisms of royal life. In one she describes the royal family as “the firm,” a nickname that is sometimes used affectionately and sometimes critically.

At one point, Winfrey asked Meghan how she felt about Buckingham Palace “hearing you speak your truth today?”

“I don’t know how they could expect that after all of this time we would still just be silent if there was an active role that the firm is playing in perpetuating falsehoods about us,” she said. “And if that comes with risk of losing things, I mean, there’s been a lot that’s been lost already.”

In another clip, Harry invoked the memory of his late mother, Princess Diana, who had to find her way alone after her divorce from Prince Charles.

“I’m just really relieved and happy to be sitting here talking to you with my wife by my side, because I can’t begin to imagine what it must have been like for her going through this process by herself all those years ago,” Harry said, adding, “because it’s been unbelievably tough for the two of us.”

In Britain, the interview is seen as poorly timed. It will air while Harry’s grandfather Prince Philip remains hospitalized after undergoing a heart procedure.

Meghan is shown in a clip released Friday contrasting the conversation the two women were able to have now versus in 2018 ahead of her wedding. Meghan described not being able to talk to Winfrey, who was seeking an interview, without royal minders present.

“As an adult who lived a really independent life to then go into this construct that is um.. different than I think what people imagine it to be, it’s really liberating to be able to have the right and the privilege in some ways to be able to say yes,” Meghan told Winfrey.

It is unclear what public reaction, if any, the queen and other royal family members will have to Sunday’s interview.

On Wednesday, the palace said it was launching a human resources investigation after a London newspaper reported that a former aide had accused Meghan of bullying staff in 2018.

A spokesman for the duchess said she was “saddened by the latest attack on her character, particularly as someone who has been the target of bullying herself.”

The snippets already released provide some details about the interview, which includes Winfrey speaking one-on-one with Meghan and a joint session with the couple.

Holding hands, Harry and Meghan sat opposite Winfrey while she questioned them in a lush garden setting. The couple lives in Montecito, California, where they are Winfrey’s neighbors.

Meghan, who recently announced she is pregnant with the couple’s second child, wore an empire-style black dress with embroidery. Harry wore a light gray suit and white dress shirt, minus a tie.

As Meghan Markle, the actor starred in the TV legal drama “Suits.” She married Harry at Windsor Castle in May 2018, and their son, Archie, was born a year later.

Harry and Meghan's departure from royal life was supposed to be reviewed after a year. On Feb. 19, Buckingham Palace confirmed that the couple would not return to royal duties and Harry would relinquish his honorary military titles — a decision that made formal, and final, the couple’s split from the royal family.