Alex Tuch scored twice and Marc-Andre Fleury earned his NHL-leading fourth shutout in his return from a rare night off to help the Vegas Golden Knights beat the San Jose Sharks 4-0 on Saturday.

Mark Stone and Reilly Smith also scored. Tuch and Fleury did the rest of the damage as the Golden Knights swept the back-to-back in San Jose and extended their winning streak to six games. Fleury made 24 saves for his 65th career shutout.

Devan Dubnyk stopped 28 shots as the Sharks lost for the fifth time in the first six games of a seven-game homestand — their longest of the season. San Jose has allowed 28 goals during this stretch as both Dubnyk and Martin Jones struggle to provide solid goaltending. 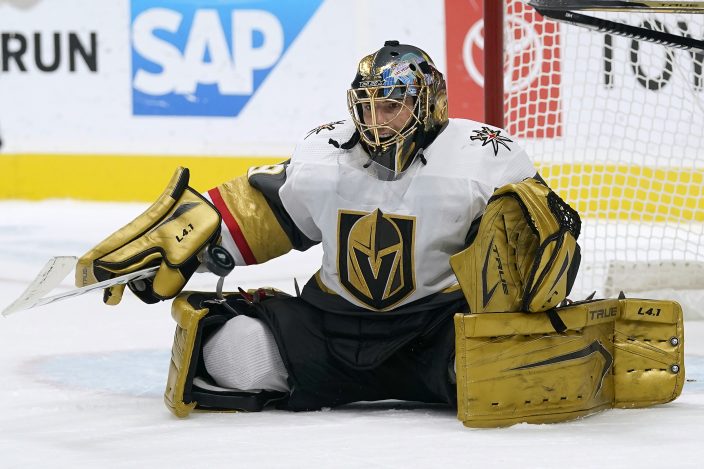 The offense was also a problem in this game with San Jose missing two top-six forwards. Tomas Hertl has been on the COVID-19 list since Feb. 24 and Timo Meier was scratched with a lower-body injury.

The Sharks managed to generate a few chances but Fleury was more than up to the task after getting the night off Friday. He had started 10 straight games before getting that break and was extremely sharp in his return.

Fleury made a good stop early against Kevin Labanc and then denied Joel Kellman on a breakaway later in the first period. That save led to an opportunity at the other end that Stone converted into a goal off a give-and-go with Chandler Stephenson on a 2-on-1 rush. That gave Stone 10 points in his past four games, but he exited later for undisclosed reasons. 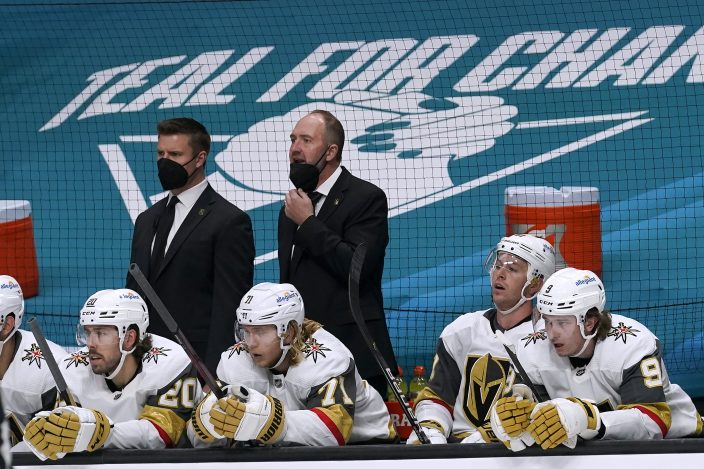 Fleury robbed John Leonard from in close late in the first and again on a rebound early in the second. Tuch then took over from there.

He rifled a shot through Dubnyk on a rush early in the second to make it 2-0 and then scored again late in the period thanks to a fortunate bounce. Brent Burns’ clearing attempt hit teammate Logan Couture, and the puck went right to Tuch, who knocked a backhand into the open net.

That gave Tuch eight goals in his past seven games and 12 in 21 games this season. He scored just eight in 42 games last season. 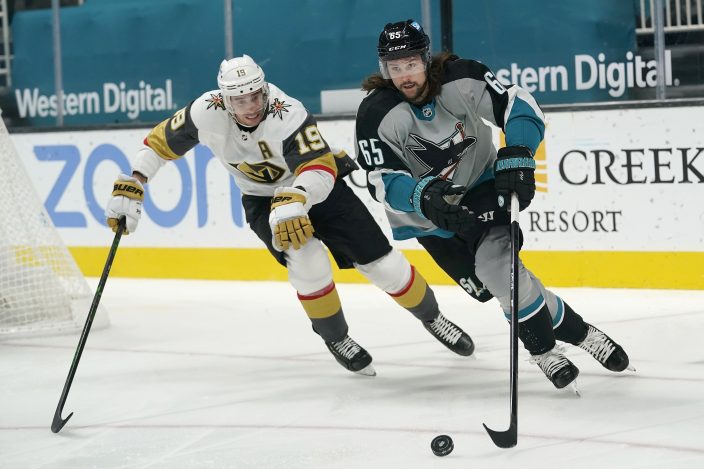 The Golden Knights got thrown for a surprise on their two-game trip to San Jose. After eating their pregame meal at the hotel on Friday, they were told they had to pack up and find new accommodations because the Fairmont Hotel had declared bankruptcy and was closing immediately. The team found a new hotel and stayed there after the game Friday night.

“I think that’s a first for probably everybody on our team,” defenseman Nick Holden said. 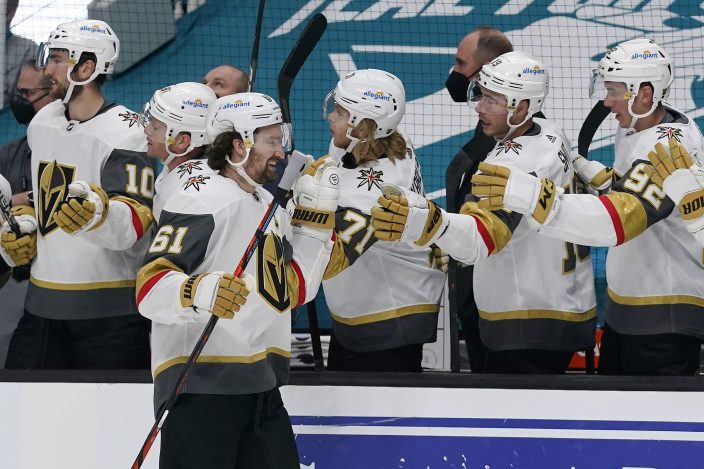 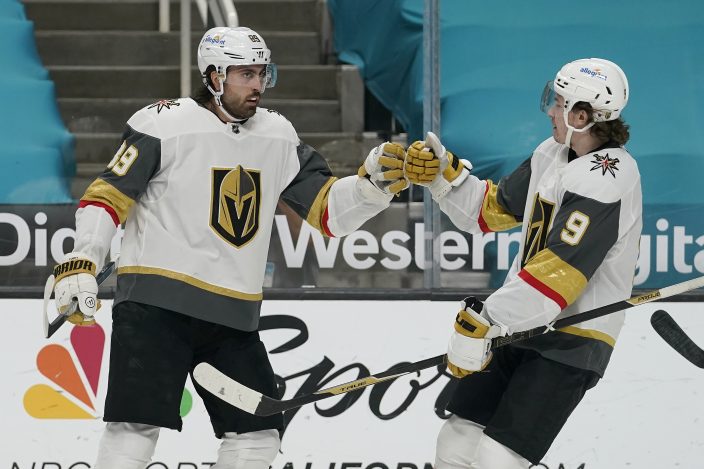