Connor McDavid scored the tiebreaking goal with 3:45 left and added two assists, leading the Edmonton Oilers over the Calgary Flames 3-2 on Saturday night.

The star forward was held without a point in his previous three games, all losses to the Toronto Maple Leafs.

Jesse Puljujarvi and Kailer Yamamoto also scored for the Oilers (15-11-0). 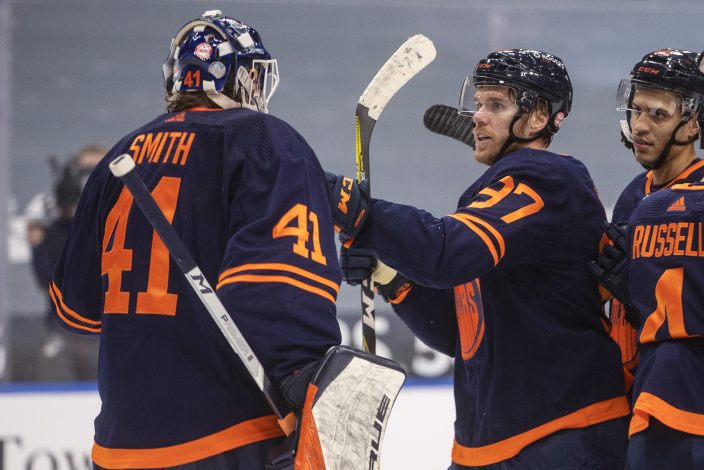 Johnny Gaudreau and Noah Hanifin had the goals for the Flames (11-12-2). Gaudreau converted on the power play, and Hanifin got his first of the season.

Mike Smith made 34 saves in the win. Jacob Markstrom stopped 30 shots for Calgary.

Smith had 20 saves in the first period. 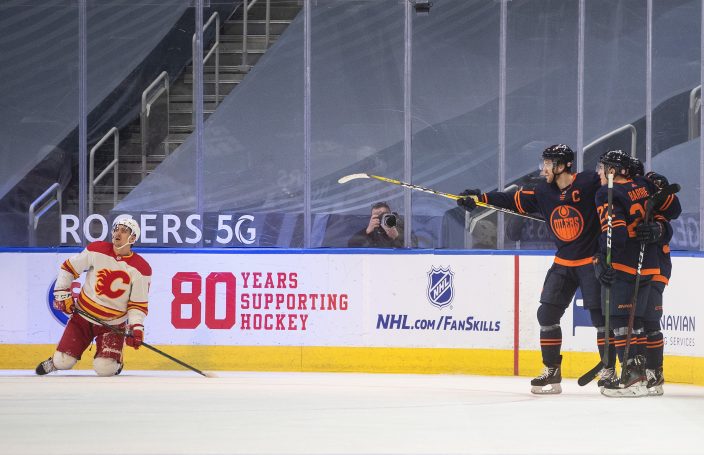 Edmonton Oilers' Connor McDavid (97), Tyson Barrie (22) and a teammate celebrate a goal as Calgary Flames' Mikael Backlund (11) gets up from the ice during the third period of an NHL hockey game Saturday, March 6, 2021, in Edmonton, Alberta. (Jason FransonThe Canadian Press via AP)

Edmonton defenseman Darnell Nurse and Calgary forward Milan Lucic dropped the gloves for a spirited fight in front of the Flames' bench. Not to be outdone, Oilers forward James Neal and Flames forward Matthew Tkachuk also exchanged fisticuffs with a little more than three minutes to play in the first period.

McDavid gave Edmonton its first lead with his 15th goal this season and fourth game-winner. 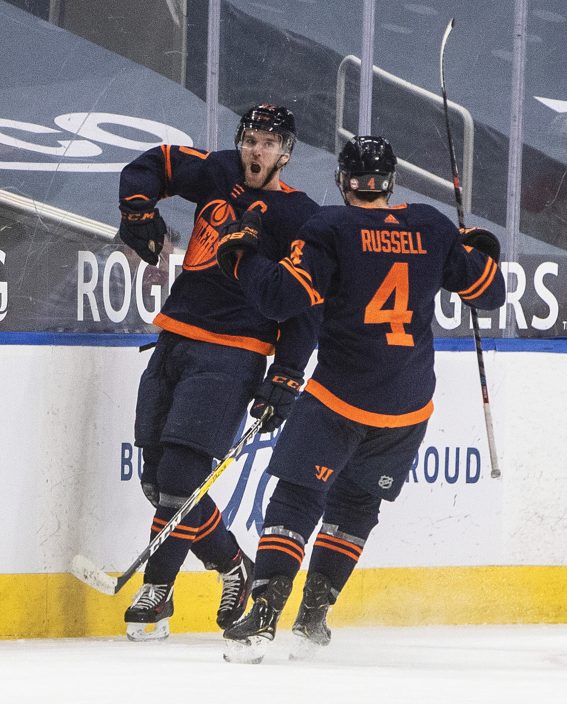 The Oilers paid tribute to Wayne Gretzky’s father, Walter, prior to puck drop. The team played a video commemorating the late father of the Edmonton great before holding a moment of silence. Walter Gretzky died Thursday at age 82.

Flames: Host the Ottawa Senators on Sunday night to start a five-game homestand.

Oilers: Host the Senators on Monday night to begin a three-game series.