A suspected missile strike on an oil-loading facility used by Turkey-backed opposition forces in northern Syria appears to have sparked fires across a large area where oil tankers are normally parked, satellite images show.

Syrian opposition groups and at least one war monitor blamed Russia for the strike Friday night near the towns of Jarablus and al-Bab, near the border with Turkey. In a report, the Syrian Observatory for Human Rights, based in Britain, said Russian warships in the Mediterranean had fired three missiles that struck primitive oil refineries and tanker trucks in the region.

Opposition activists said the strike killed one person and wounded 10 others. 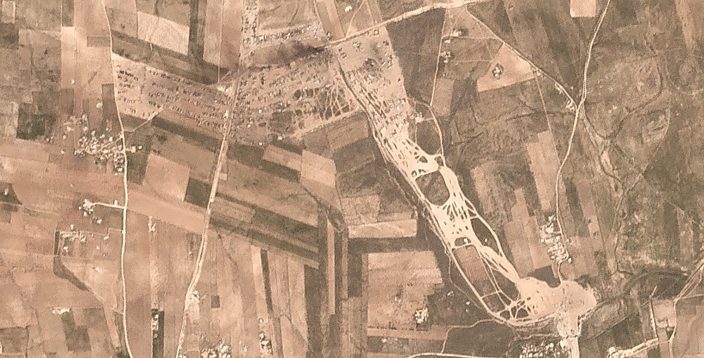 Satellite images by Planet Labs Inc. analyzed by The Associated Press on Sunday showed a fire that tore through an area near Jarablus between Friday and Saturday morning.

Past satellite photos of the site, some 75 kilometers (45 miles) northeast of the Syrian city of Aleppo, showed hundreds of tanker trucks gathered in the area.

An image from Saturday showed char marks across the entire area where the trucks once were. NASA’s fire satellite monitoring, which watches for flashes associated with blazes or explosions, showed fires at the site in the early morning hours of Saturday. 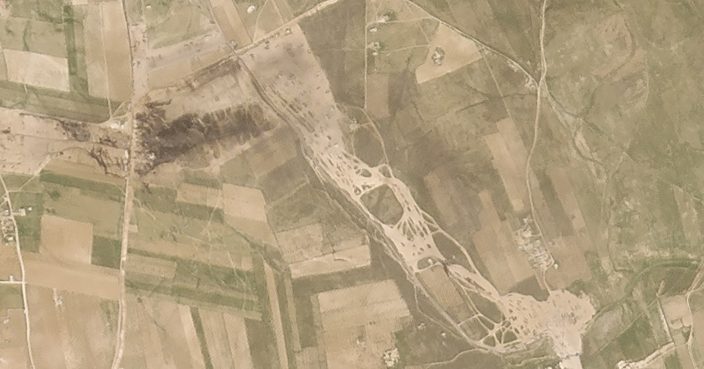 The reports of missiles fired from a Russian warship — a rare occurrence — could not be independently verified and Russia, which is a main supporter of Syrian President Bashar Assad in the country’s 10-year civil war, has not commented on the accusations.

Turkey’s state-owned Anadolu news agency reported they were ballistic missiles, but said it was not clear who carried out the attacks.

Aid group: Syrians could be displaced for years to come

Kurdish-led authority releases dozen of Syrians from IS Camp

Russia delegation calls for conference on refugees in Syria