Israel reopened most of its economy Sunday as part of its final phase of lifting coronavirus lockdown restrictions, some of them in place since September.

The easing of restrictions comes after months of government-imposed shutdowns and less than three weeks before the country’s fourth parliamentary elections in two years. Israel, a world leader in vaccinations per capita, has surged forward with immunizing nearly 40% of its population in just over two months.

Bars and restaurants, event halls, sporting events, hotels and all primary and secondary schools that had been closed to the public for months could reopen with some restrictions in place on the number of people in attendance, and with certain places open to the vaccinated only. 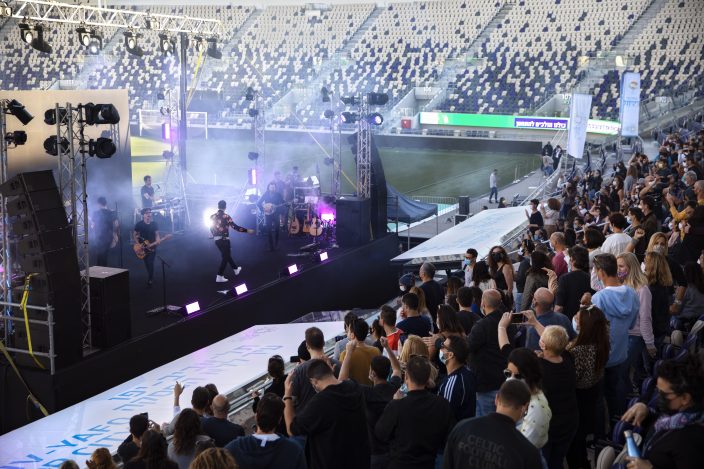 Israeli musician Ivri Lider performs in front of audience, where all guests were required to show "green passport" proof of receiving a COVID-19 vaccination or full recovery from the virus at a soccer stadium in Tel Aviv, Friday, March. 5, 2021. (AP PhotoOded Balilty)

Israeli Prime Minister Benjamin Netanyahu's government approved the easing of limitations Saturday night, including the reopening of the main international airport to a limited number of incoming passengers each day.

Netanyahu is campaigning for reelection as Israel's coronavirus vaccine champion at the same time that he is on trial for corruption.

Israel has sped ahead with its immunization campaign. Over 52% of its population of 9.3 million has received one dose and almost 40% two doses of the Pfizer vaccine, one of the highest rates per capita in the world. After striking a deal to obtain large quantities of Pfizer/BioNTech vaccines in exchange for medical data, Israel has distributed over 8.6 million doses since launching its vaccination campaign in late December. 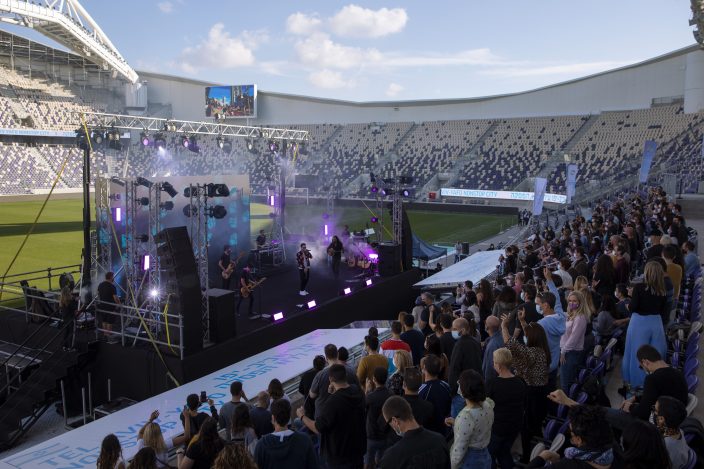 Israeli musician Ivri Lider perform in front of audience wearing protective face masks during a performance where all guests were required to show "green passport" proof of receiving a COVID-19 vaccination or full recovery from the virus at a soccer stadium in Tel Aviv, Friday, March. 5, 2021. (AP PhotoOded Balilty)

While vaccination rates continue to steadily rise and the number of serious cases of COVID-19, the illness caused by the virus, drops, Israel's unemployment rate remains high. As of January, 18.4% of the workforce was out of work because of the pandemic, according to Israel’s Central Bureau of Statistics.

At the same time that it has deployed vaccines to its own citizens, Israel has provided few vaccines for Palestinians in the West Bank and Gaza Strip, a move that has underscored global disparities. It has faced criticism for not sharing significant quantities of its vaccine stockpiles with the Palestinians. On Friday, Israel postponed plans to vaccinate Palestinians who work inside the country and its West Bank settlements until further notice.

Israeli officials have said that its priority is vaccinating its own population first, while the Palestinian Authority has said it would fend for itself in obtaining vaccines from the WHO-led partnership with humanitarian organizations known as COVAX.

Israel has confirmed at least 800,000 cases of COVID-19 since the start of the pandemic and 5,861 deaths, according to the Health Ministry.