Flyhalf Romain Ntamack and center Virimi Vakatawa have been selected in France's 31-man squad on Sunday for next weekend's Six Nations match against England.

They were key players during last season's Six Nations campaign, where the French finished a narrow second behind England, and at the 2019 World Cup in Japan.

Ntamack stood out for his slick passing, composure under pressure and accurate kicking game, while Vakatawa imposed himself as one the game's most explosive centers after switching from the wing. 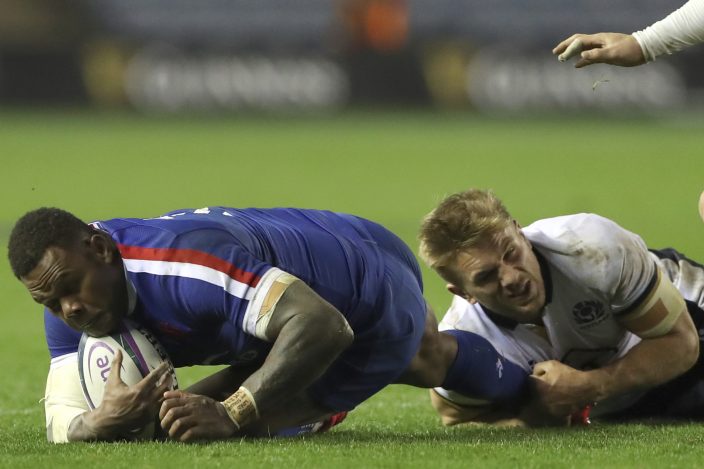 But they missed the first two matches of this year's Six Nations — and the postponed one against Scotland — as they recovered from injuries sustained on club duty.

Ntamack had an operation for a double fracture of the jaw playing for Toulouse, while Vakatawa injured his knee shortly before the tournament started. He scored an early try for Racing 92 and played well in a 25-21 defeat at Toulon in the Top 14 league on Saturday.

Hooker Camille Chat has shaken off a calf injury and is also recalled. 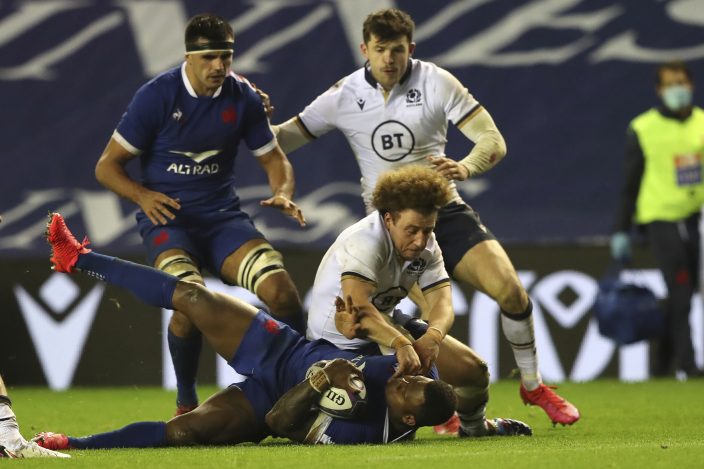 France won its opening two games against Italy and Ireland but the home match against Scotland on Feb. 28 was postponed after a Covid-19 outbreak in the France squad.

It prompted an internal investigation that exempted coach Fabien Galthie of wrongdoing, even though he left the team's bubble to watch his son play rugby in Paris in the lead up to the Ireland game in Dublin on Feb 14. Galthie tested positive for the virus shortly after the 15-13 win — France's first victory in Ireland for 10 years.

Seven of the 12 players who contracted the virus were named in the squad, including try-scoring captain Charles Ollivon, fullback Brice Dulin and props Julien Marchand, Cyril Baille and Mohamed Haouas.

Center Arthur Vincent and winger Gabin Villiere were among the five left out. Villiere injured his hand in Saturday's win against Racing 92 and has been ruled out for six weeks.

Fullback Thomas Ramos hurt his calf playing near the end of Toulouse's 42-17 win against Brive on Saturday, with the impressive Ntamack converting two early tries in that match.

England opened its title defense with an 11-6 home loss to Scotland that should have been heavier, beat Italy 41-18 at Twickenham, and then lost 40-24 in Wales amid complaints about refereeing decisions.

Galthie will name his team on Thursday for Saturday evening's game in London.