Facing heightened scrutiny arounds its membership and practices, the group behind the Golden Globe Awards says that it is committed to immediate “transformational change” and reforms.

The Hollywood Foreign Press Association said in a statement Saturday that it would focus on adding Black and other underrepresented members to its organization in addition to increasing transparency around its operations.

The group outlined initial steps that it will take over the next 60 days, including hiring independent experts to audit its bylaws and membership requirements, engaging in outreach to add Black professionals to the organization and hiring an independent law firm to review its policies and to set up a confidential way for individuals to report violations.. 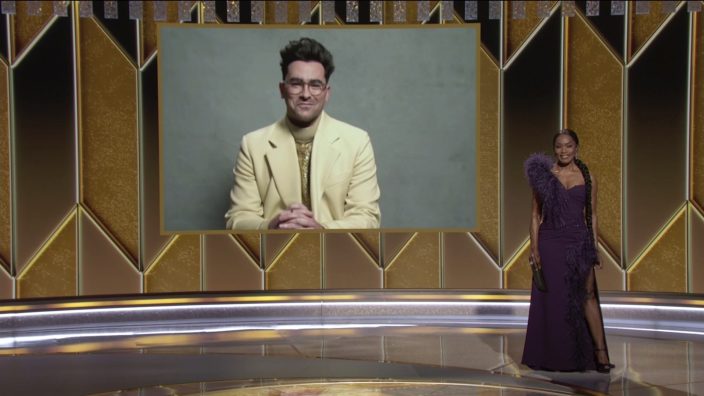 In this video grab issued Sunday, Feb. 28, 2021, by NBC, Daniel Levy, seen on screen, accepts the award for best television series, musical or comedy, for "Schitt's Creek" as presenter Angela Bassett speaks at the Golden Globe Awards. (NBC via AP)

In the lead up to the 2021 Golden Globes last weekend, a series of exposes in the Los Angeles Times and the New York Times gave the group an unflattering spotlight for its lack of Black members and financial practices, leading to widespread criticism from those in the entertainment industry. Hosts Tina Fey and Amy Poehler called for change on the broadcast, as did award winners of the night like Jane Fonda and Dan Levy. Three HFPA members took the stage during the low-rated show to acknowledge the controversy.

The Time’s Up Foundation issued a statement in response to the organization's new game plan expressing skepticism that the HFPA will fix its problems and demanding more specific details, timetables and firm commitments.

Time’s Up president and CEO Tina Tchen said that “the clock is ticking.” 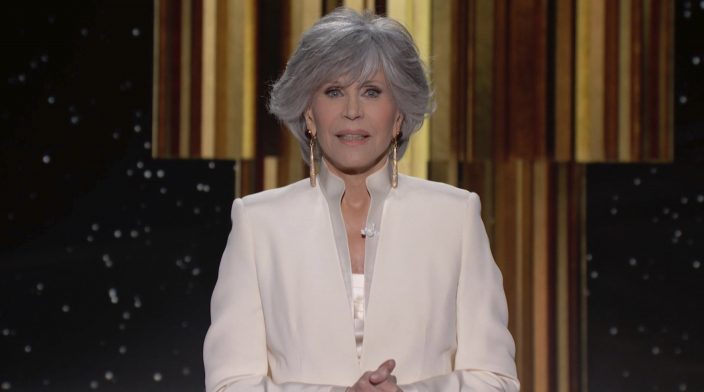 In this video grab issued Sunday, Feb. 28, 2021, by NBC, Jane Fonda accepts the Cecil B. deMille Award at the Golden Globe Awards. (NBC via AP)