Philadelphia’s Joel Embiid and Ben Simmons have been ruled out of Sunday's NBA All-Star Game in Atlanta because of a coronavirus contact tracing issue, the league announced about eight hours before tipoff.

Embiid and Simmons are in Atlanta, though it was not immediately clear if they would have to remain there and quarantine or if they could leave and resume their All-Star break elsewhere.

“Prior to traveling to Atlanta, Philadelphia’s Joel Embiid and Ben Simmons had contact with an individual who is confirmed today to have tested positive for the coronavirus," the league said Sunday. 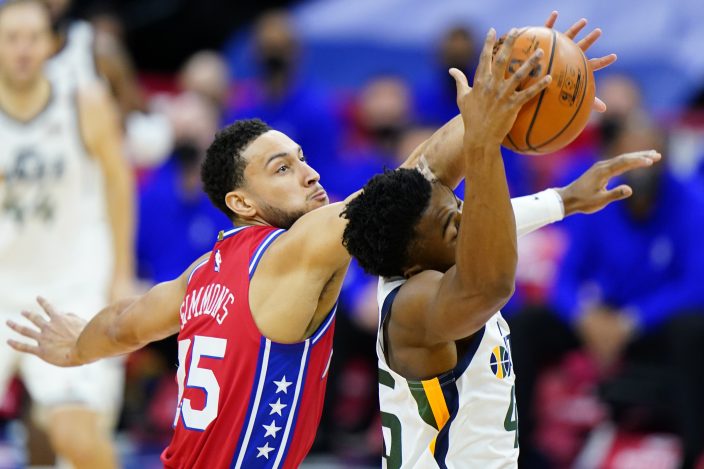 Embiid would have been a starter for Team Durant, which will be coached by Philadelphia's Doc Rivers. Simmons would have been a reserve for Team LeBron. The NBA and the 76ers learned of the situation on Saturday night, Rivers said.

“I would say it’s not looking great,” Rivers said before the final determination was made.

A person with knowledge of the situation told The Associated Press that the contact was with a barber who is regularly tested for COVID-19 and often works with Embiid and Simmons. Both Embiid and Simmons saw the barber in recent days before traveling to Atlanta and have continued to test negative, said the person, who spoke to the AP on condition of anonymity Sunday because those details were not released publicly.

In past cases where contact tracing has detected an issue, players have been cleared when the suspected positive person’s subsequent tests have come back negative for COVID-19.

“Participation for other All-Stars and members of the 76ers coaching staff in Atlanta is not affected because they were not exposed to the individual in Philadelphia," the NBA said.

The Athletic and ESPN first reported that Embiid’s and Simmons’ status were in doubt for Sunday’s game.

Philadelphia, which entered the break with the best record in the Eastern Conference, opens the season's second half on Thursday in Chicago.