Walt Disney Animation's “ Raya and the Last Dragon ” earned an estimated $8.6 million from 2,045 locations in North America. The well-reviewed fantasy adventure, featuring the voices of Awkwafina and Kelly Marie Tran, is also available for Disney+ subscribers to rent and stream at home for $29.99. Streaming grosses were not reported.

Warner Bros. “Tom & Jerry,” which is available to stream free for HBO Max subscribers, brought in $6.6 million from 2,563 North American theaters in its second available weekend. Last weekend the animated film scored the best domestic opening of the year with $13.7 million. 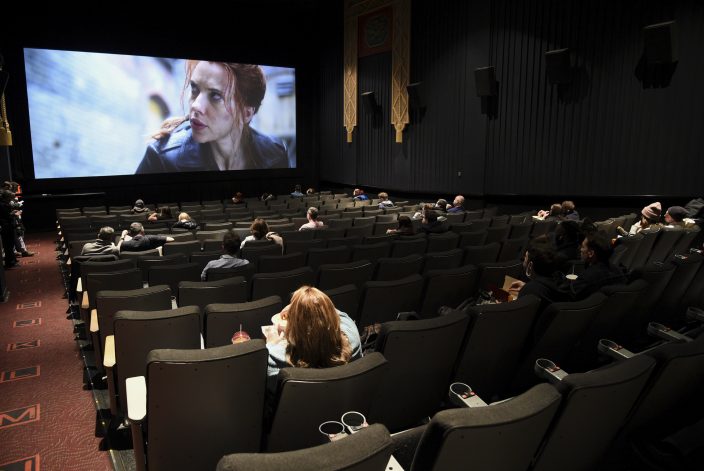 Moviegoers sitting in a socially distant seating arrangement at the AMC Lincoln Square 13 theater on the first day of reopened theaters after being closed due to the COVID-19 pandemic, Friday, March 5, 2021, in New York. (Photo by Evan AgostiniInvisionAP)

Approximately 80% of the domestic market is currently allowed to operate with limited capacity. Many areas in North America are not yet fully open, including Los Angeles, and most California counties, Washington D.C., and much of Canada.

Disney is hoping to keep “Raya” in theaters throughout the spring. There are scant major family films on the schedule until early summer and the company is hoping for increased play during spring breaks and as more territories reopen. 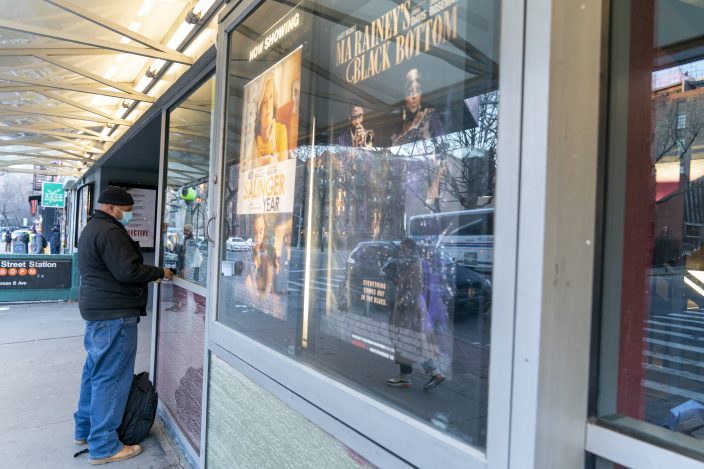 Charlton Ruddock purchases a ticket for "MLKFBI" at the box office of the IFC Center, Friday, March 5, 2021, in New York. After growing cobwebs for nearly a year, movie theaters in New York City reopen Friday, returning film titles to Manhattan marquees that had for the last 12 months read messages like "Wear a mask" and "We'll be back soon." Cinemas in the city are currently operating at only 25% capacity, with a maximum of 50 per each auditorium. (AP PhotoMary Altaffer)

Internationally, “Raya and the Last Dragon” earned an estimated $17.6 million from 32 territories -- the highest grossing of which was China with $8.4 million.

Outlook not improving for beleaguered US movie theaters