Anders Lee and Brock Nelson scored 62 seconds apart early in the second period and rookie Ilya Sorokin made 24 saves as the New York Islanders defeated the Buffalo Sabres 5-2 on Sunday for their fifth straight win.

The victory was the Islanders' sixth straight over the Sabres this season.

After a scoreless first period, Lee netted his team-leading 12th goal of the season at 5:13 just after an Islanders power play expired. Lee scored from in front of Sabres netminder Jonas Johansson with assists to Jordan Eberle and Noah Dobson. Lee has six goals in the six games against the Sabres this season and has eight goals in his past 12 games overall. 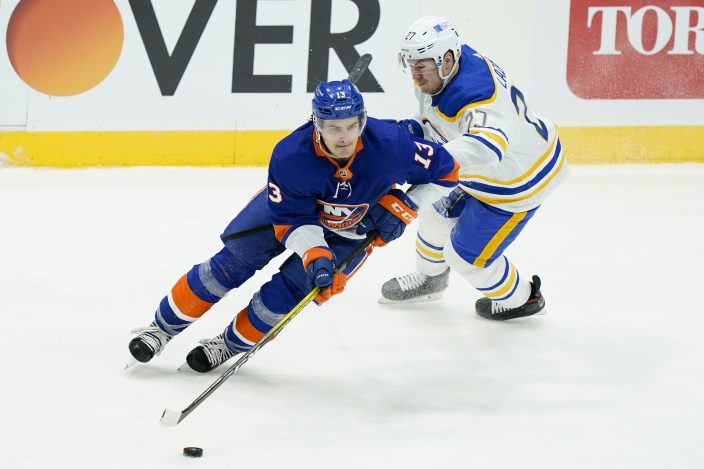 Brock Nelson quickly made it 2-0 at 6:15, rifling the puck past Johansson, who also lost 5-2 to the Islanders on Thursday. Oliver Wahlstrom and Nick Leddy assisted.

Casey Cizikas increased the lead to 3-0 at 16:56 with his fourth goal. Assists went to Jean-Gabriel Pageau (200th career point) and defenseman Adam Pelech.

Sorokin, the 25-year-old netminder, earned his fourth win of the season as the Islanders improved to 10-0-2 at Nassau Coliseum. 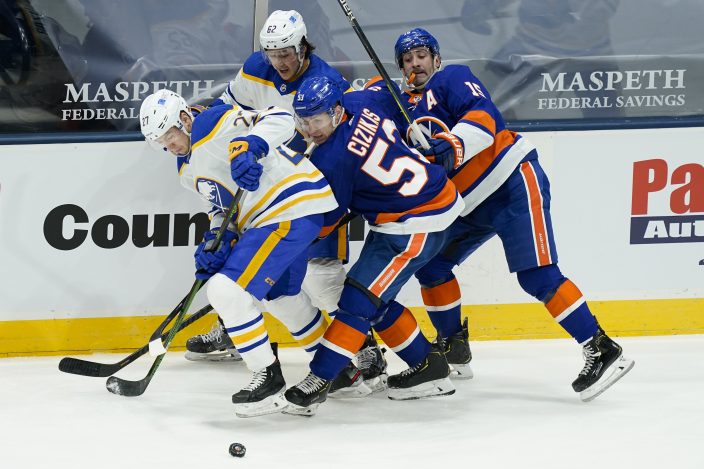 Jeff Skinner's goal at 5:41 of the third period ruined his shutout bid.

It was Skinner’s first goal this season and first since last Feb. 29. Skinner, who scored 40 times for Buffalo two seasons ago, is in the second year of an eight-year, $72 million contract. He was benched by Sabres coach Ralph Krueger for three games late last month.

Sabres defenseman Colin Miller narrowed the deficit to 3-2 at 9:35 of the third with assists to Sabres captain Jack Eichel and Taylor Hall before Cal Clutterbuck, who also scored in Saturday’s 5-2 win over the Sabres, added his third of the season at 12:57. 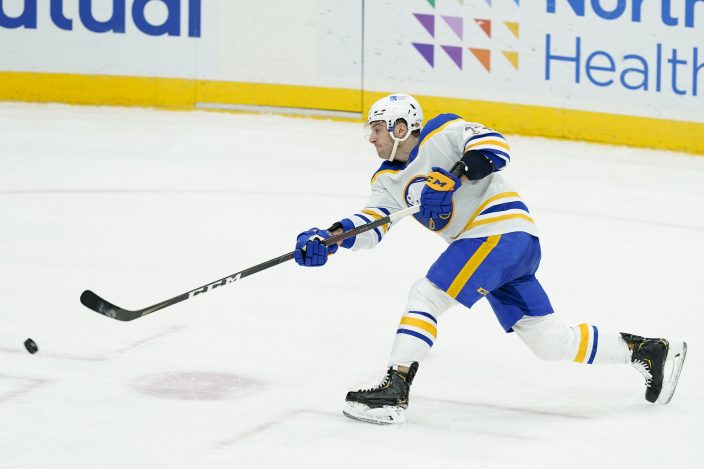 Nelson scored his second of the game and ninth of the season into an empty net at 17:48 to complete the scoring.

The struggling Sabres who are getting hardly any goal production from their top scorers Eichel, Hall and Skinner (five goals between them in a combined 64 games) are 2-10-1 since a forced two-week delay in their season during early February because of COVID-19 protocols.

Eichel, the team captain who scored 36 times last season, hasn’t scored since Jan. 28. Hall, the first overall pick by Edmonton in 2010 who signed for one year with the Sabres as a free agent, has scored only once since opening night. That goal came in Thursday’s 5-2 loss to the Islanders. 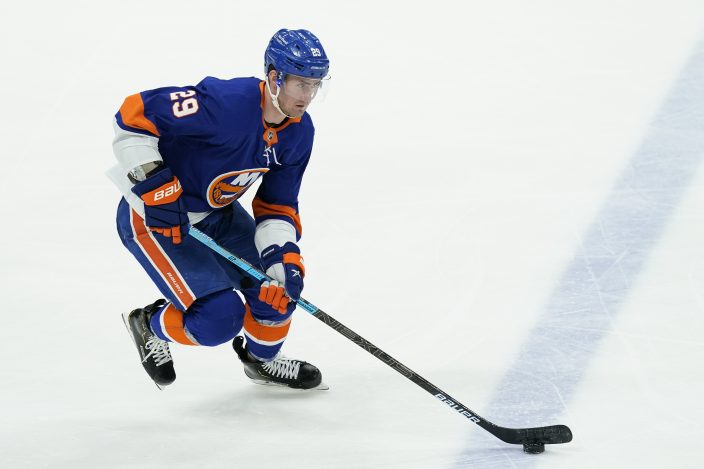 New York Islanders center Brock Nelson (29) skates the puck up the ice during the third period of an NHL hockey game against the Buffalo Sabres, Sunday, March 7, 2021, in Uniondale, N.Y. (AP PhotoJohn Minchillo)

The Islanders (15-6-4) lead their division 25 games into the abbreviated 56-game season. They also improved to 21-2-3 in the second game of back-to-back games under coach Barry Trotz.

Last-place Buffalo lost for the seventh straight time as the Islanders won all three games against Buffalo at Nassau Coliseum over the past four days. The teams play again on consecutive days in Buffalo on May 3-4.

This was the second time in franchise history the Islanders faced the same opponent in three consecutive games. New York previously did it March 4-10, 2012, against the Devils. The Islanders will repeat the feat three times this season: March 11-14 against New Jersey, March 18-22 against Philadelphia and April 22-27 against Washington. The Sabres played three straight against the same team in the same season for the first time in franchise history.

Islanders coach Barry Trotz has started the same six defensemen in every game this season. The Islanders also are in a stretch in which they are scheduled to play 19 games in 33 days for the first time in franchise history. They are 6-0-1 thus far in this busy span.

Sabres: Visiting Philadelphia Flyers on Tuesday before playing five of next six games at home.