Gareth Bale and Harry Kane both scored twice to help Tottenham make it three Premier League wins in a row and boost its top-four hopes after a 4-1 victory against Crystal Palace on Sunday.

The duo combined twice with Kane the architect for both goals by Bale before the England captain hit a wonder strike and then created history with another in the 76th minute.

Son Heung-min assisted Kane’s second and it was their 14th goal combination in the Premier League this season to beat the previous record of 13 set by Alan Shearer and Chris Sutton for Blackburn in the 1994-95 season. 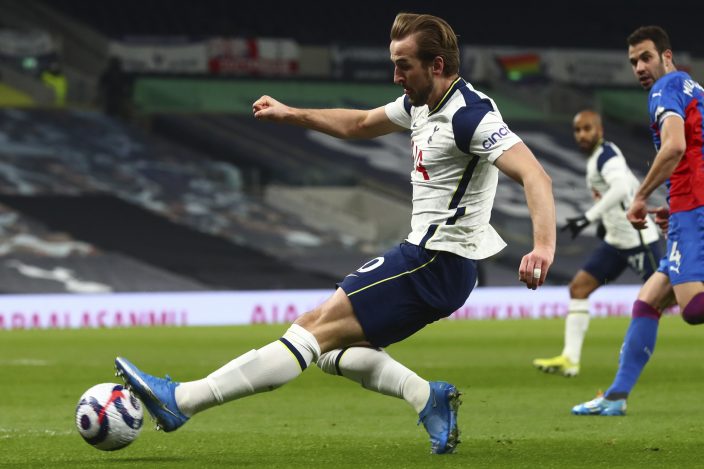 Christian Benteke had threatened to spoil proceedings for Jose Mourinho’s side when he equalized just before halftime, but two quick-fire goals after the break ensured the hosts rose to sixth. Tottenham is two points behind fourth-place Chelsea with 11 games remaining.

Dele Alli was back on the bench after his second league start of the season at Fulham in midweek while the visitors listed the returning Wilfried Zaha as a substitute.

Bale showed no early ill-effects on his third consecutive start and should have had an assist in the sixth minute but Son headed straight at Palace goalkeeper Vicente Guaita. 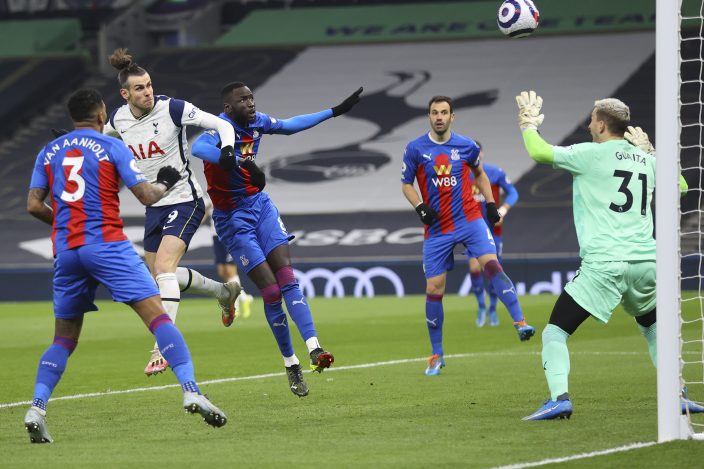 The Welsh attacker had slalomed between two opponents to create the chance and it was a sign of things to come.

After a brace in Tottenham’s win over Burnley last weekend, Bale added to his tally again after 25 minutes.

Palace captain Luka Milivojevic was dispossessed by Lucas Moura deep inside his own half and Kane dropped a shoulder to beat the midfielder and race into the area where he squared for Bale to tap in. 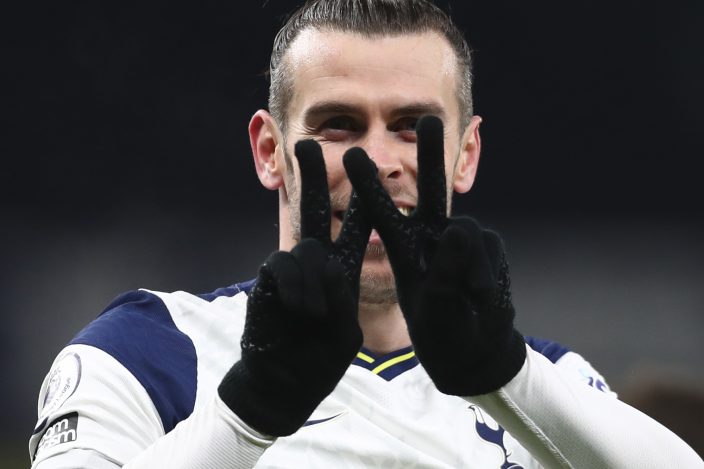 It was a poor way for the visitors to concede and not long after the hosts almost produced a superb team move but Sergio Reguilon sliced wide on the volley.

A flurry of corners in quick succession saw Palace build some momentum and in the first minute of stoppage time they equalized against the run of play.

Ebere Eze found Milivojevic in space and the captain atoned for his earlier error with a fine delivery into the area where Benteke headed home for his fifth goal of the season.

Zaha was introduced at the break, but he was largely a spectator during a lightning-quick start to the second period where Tottenham scored twice in the space of three minutes.

First, Bale doubled his tally for the night when he nodded home from Kane’s header across the face of goal after another excellent cross from Reguilon in the 49th.

That made it 10 goals for the season for Bale, who is on loan from Real Madrid having left Tottenham in 2013.

A slick move was concluded in style when Matt Doherty cut back for Kane in space and he produced a 25-yard curler into the top corner to leave Guaita with no chance.

The Bale and Kane show was ended in the 70th when Bale was replaced but it had been another impressive showing to continue his return to form.

There was still time for one more Spurs goal and it proved a record-breaking effort when Son squared for Kane to head in from close range.