The Lightning improved to 3-0-1 on their season-long six-game trip and stretched their point streak to a season-high eight games. They took two of three in the series between Central Division contenders. 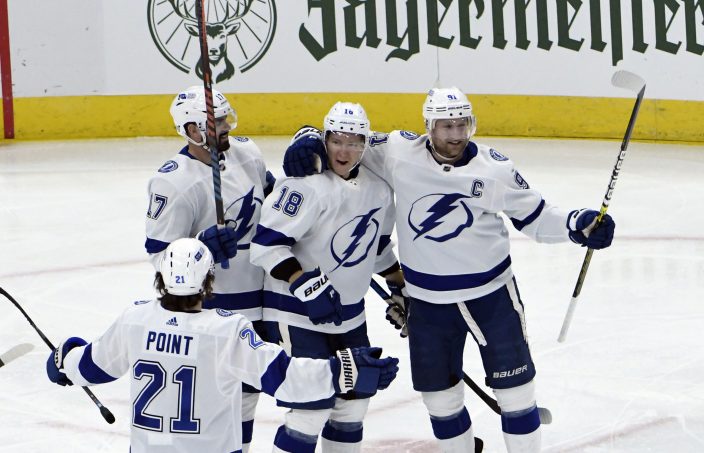 Mattias Janmark had a goal and an assist for the Blackhawks. Philipp Kurashev and Pius Suter also scored, and Kevin Lankinen made 33 saves.

Chicago opened a 3-0 lead when Janmark fed Suter in front for the rookie's eighth goal of the season 3:11 into the second. But Tampa Bay responded with a big push.

The rally started with goals by Palat and Gourde 23 seconds apart. Palat beat Lankinen from the right circle for a power-play goal at 3:51, and then Gourde knocked in his own rebound for his seventh of the season. 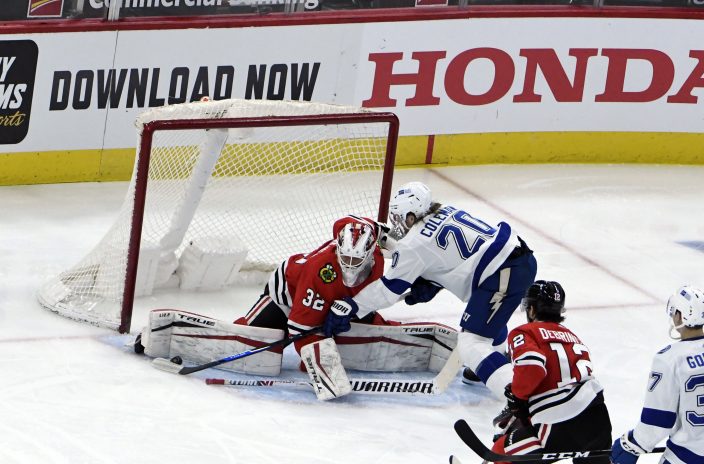 Two more power-play goals put Tampa Bay in front to stay. Victor Hedman got his fifth of the season when he blasted one home from near the blue line. Gourde then made it 4-3 when he converted a slap shot from the top of the left circle with 3:05 left in the period.

The Lightning played with the man advantage for a large chunk of the second. The only successful kill for the Blackhawks in the period occurred after defenseman Connor Murphy was ejected for an illegal hit to the head of Lightning defenseman Erik Cernak at 9:27.

After he was visited by a trainer, Cernak skated off gingerly and missed the rest of the game with what the team said was an upper-body injury. The hit behind Chicago's net likely will draw some level of punishment for Murphy from the league. 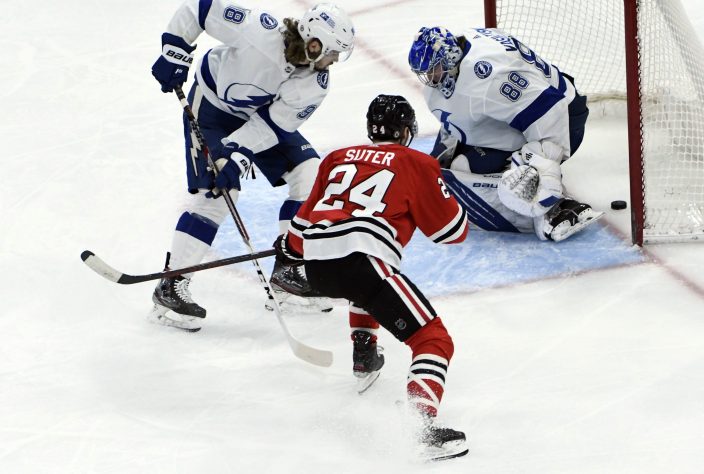 Coming off a 4-3 shootout win Friday night, the Blackhawks controlled much of the first period. Kurashev got his sixth of the season on a nice backhand in front, and Janmark finished a pretty passing sequence for a power-play goal at 15:34. 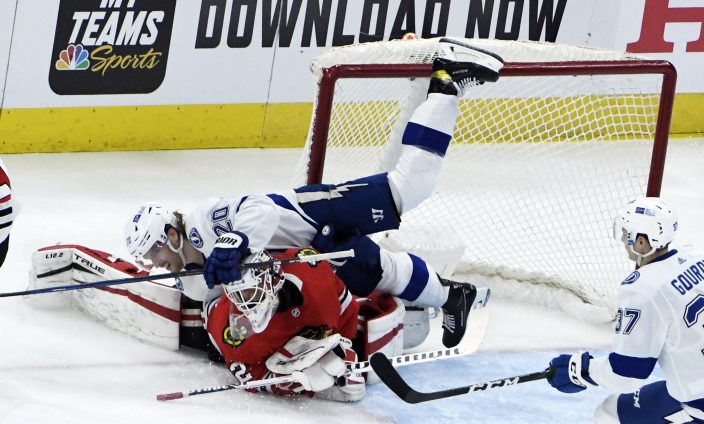 With de Haan out, the Blackhawks went with 11 forwards and seven defensemen. Wyatt Kalynuk made his NHL debut, and Lucas Carlsson also entered the lineup. Forward Lucas Wallmark was scratched.

The Lightning played without defenseman Jan Rutta, who missed his second straight game with a lower-body injury. Defenseman Andreas Borgman played in his first NHL game since Feb. 1, 2018, for Toronto.

Blackhawks: Open a six-game trip at Dallas on Tuesday night.