Long after the final whistle blew, Ole Gunnar Solskjaer and Pep Guardiola stood on the touchline, arms wrapped around each other.

Deep in conversation, the managers of the Manchester rivals had a rare moment of respite in this chaotically congested season to debrief a derby that left United the victorious spoiler but City the only team with the Premier League trophy in its sights.

Manchester United's 2-0 victory on Sunday halted City's winning run at 21 matches in all competitions. Guardiola's side will have to settle for having the English record streak. The pursuit of the world-record 27-game mark is over. 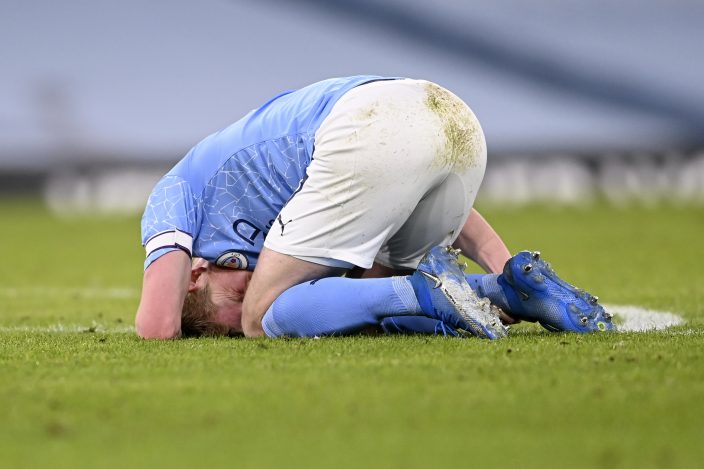 The most important number to Guardiola is 11 — the points advantage City holds over second-place United.

City running away with the title seemed unimaginable in November when it lost to then-leader Tottenham. So too, perhaps, when it was United topping the standings less than 50 days ago.

United's challenge has crumbled but not as spectacularly as Liverpool's title defense. Even qualifying for the Champions League could be slipping from Liverpool's reach with Chelsea four points ahead in fourth ahead of Monday's match with fifth-place Everton.

Even Tottenham has recovered to close the gap on Chelsea to two points after beating Crystal Palace 4-1. With the title looking settled, it's the race for fourth place that could provide the drama in the final weeks of the season. 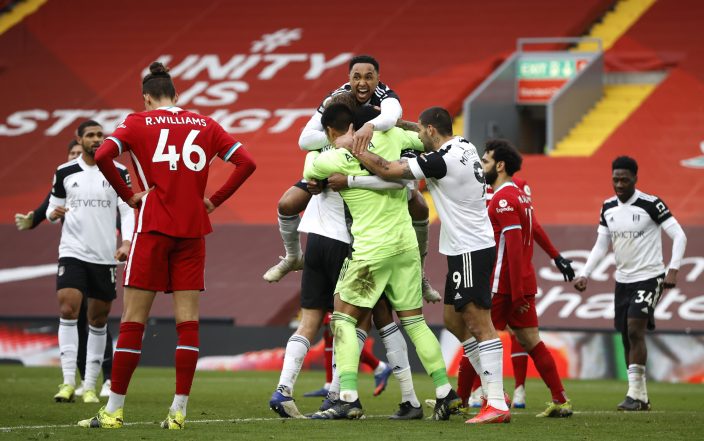 Fulham players celebrate at the end of the English Premier League soccer match between Liverpool and Fulham at Anfield stadium in Liverpool, England, Sunday, March 7, 2021. (Phil NoblePool via AP)

Only 36 seconds had elapsed at the Etihad Stadium when Gabriel Jesus tripped Anthony Martial and the referee pointed to the penalty spot. Bruno Fernandes stepped up and converted his 17th penalty since joining United in January 2020.

That was a time when fans were still allowed into stadiums. The last time these sides played in front of a full crowd was the March 8 Manchester derby last year, days before the pandemic was declared. Just like at Old Trafford, United won 2-0 on City's soil. 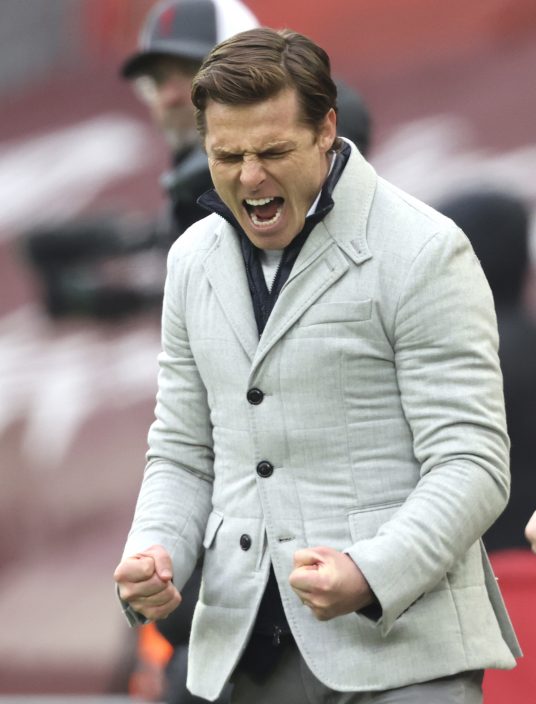 Five minutes into the second half on Sunday, United goalkeeper Dean Henderson threw the ball out to Shaw, who was gifted time and space to run into the penalty area. After a one-two with Marcus Rashford, the left back scored his first league goal since 2018, putting the ball through Rodri’s legs.

“We need to improve on so many things to get up ... to get our consistency better,” Solskjaer said. "Of course, they’re 11 points ahead of us. So that’s a long, long way so we need to focus on ourselves and just be a better Man United. I feel we’re a better Man United now we were 12, 13, 16 months ago.” 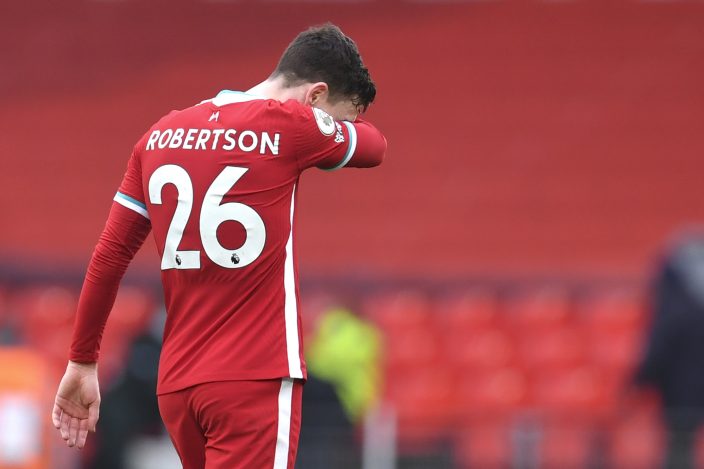 Liverpool is a team in freefall, domestically at least. The season's hopes are now on progressing past Leipzig to reach the quarterfinals of the Champions League.

Liverpool has now gone more than 11 hours without a goal from open play at Anfield. The latest setback came against a Fulham side that is in the relegation zone. And Mario Lemina had never scored for the London club before netting at Liverpool just before halftime.

“Not good enough," Liverpool manager Jürgen Klopp said. “We got used to each other and played some good stuff, created chances, didn’t score and the longer the game goes on in our situation it is not that you get stronger, it gets lesser and that it how it was.”

While Fulham has raised its hopes of survival — only sitting in the relegation zone on goal difference — West Bromwich Albion looks doomed. Sam Alllardyce's side is eight points from safety following a 0-0 draw with Newcastle, which is only one point above Fulham in the final relegation spot.

Defensa y Justicia of Argentina wo ...