The Cleveland Indians have broken COVID-19 protocols for the third time in less than a year, this time costing them third baseman José Ramírez and slugger Franmil Reyes.

Manager Terry Francona said Sunday the two players were sent to their Arizona homes while the Indians wait to hear from Major League Baseball when they can rejoin the team.

Francona said Reyes, who had a virus-related misstep last season, and Ramirez went out to dinner on Friday following an exhibition game in Mesa against the Chicago Cubs. 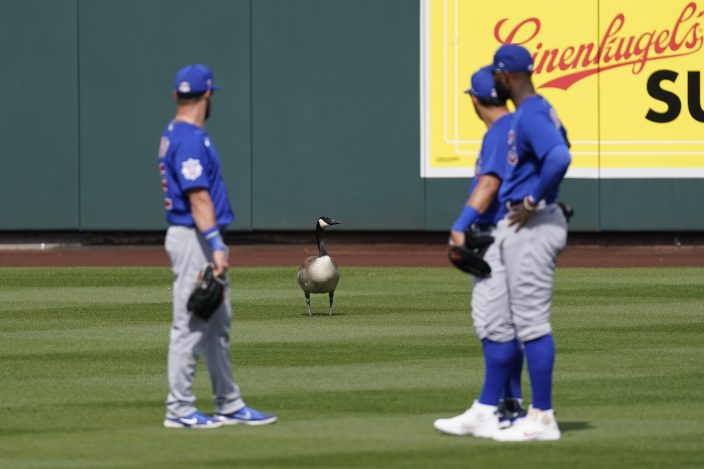 Chicago Cubs outfielders look at a goose standing in center field during the fourth inning of a spring training baseball game against the Arizona Diamondbacks Sunday, March 7, 2021, in Scottsdale, Ariz. The goose, who stayed in the outfield for most of the game, was joined by a second goose in the fifth inning. (AP PhotoAshley Landis)

They reported to the team’s complex on Saturday and were immediately sent away. They did not have contact with any other players or team personnel.

“The players themselves actually self-reported that they had made a mistake," Francona said on a Zoom call.

When spring training resumed last year after being stopped due to the pandemic, Reyes was forced to quarantine after the team learned via a social media posting that he attended a July 4 party while wearing a mask. 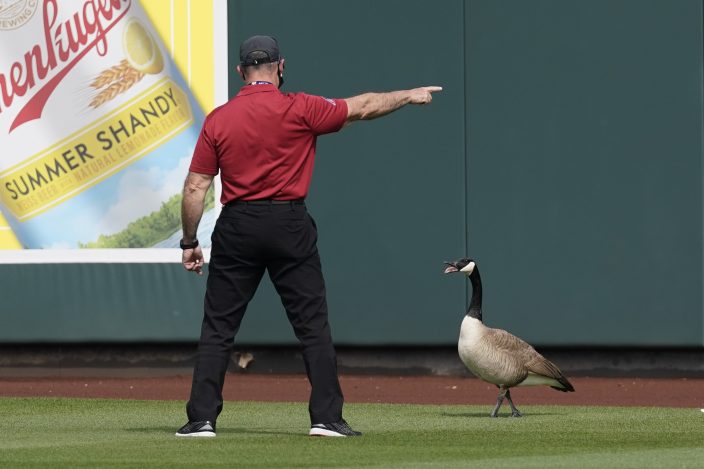 A ballpark employee tries to tell a goose to leave center field between the second and third innings of a spring training baseball game between the Chicago Cubs and the Arizona Diamondbacks Sunday, March 7, 2021, in Scottsdale, Ariz. The goose, who stayed in the outfield for most of the game, was joined by a second goose in the fifth inning. (AP PhotoAshley Landis)

A month later, the Indians placed pitchers Mike Clevinger and Zach Plesac on the restricted list after they broke protocols by going out to dinner while the team was in Chicago. Clevinger, who was traded a few weeks later to San Diego, initially didn’t disclose he had been out with Plesac.

Francona understands that players may be fatigued by the COVID-19 guidelines, but they’re in place to protect their safety.

“I do get it," he said. “Everybody wants to get rid of your mask and it’d be nice to go sit in a restaurant. Those aren’t the conditions we’re playing under. I also know those guys are young and it’s not normal to be cooped up." 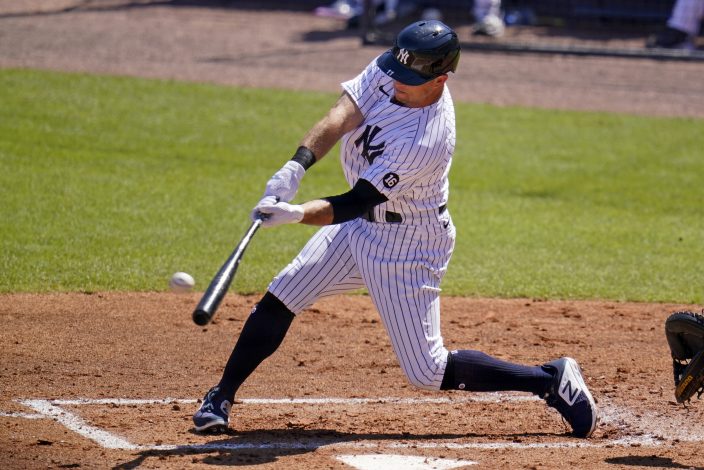 “It doesn’t have to just be baseball. It’s everybody. It’s life. But these are the rules we’re playing under and the more we follow them, the better chance it gives us to be a complete baseball team. Because right now, we’ve lost a couple guys for two, three, four days. That doesn’t help," he said. 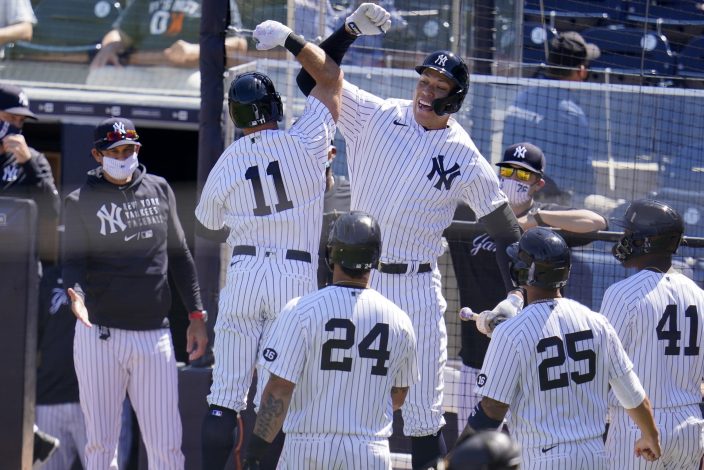 Grant Holmes retired all six batters he faced in the start for the Athletics.

Houston reliever Ryan Pressly struck out the side in his one inning. Jose Altuve hit a wind-aided triple off the wall.

Astros pitching prospect Forrest Whitley, diagnosed with a right UCL strain, has been advised to undergo Tommy John surgery. The right-hander is seeking a second opinion. 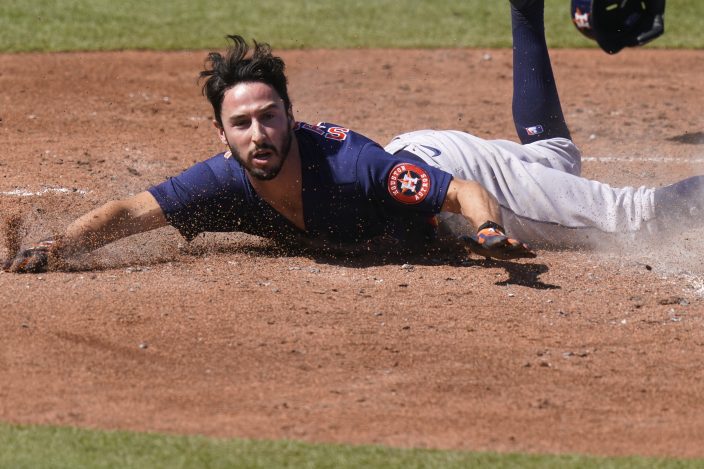 Wheeler struck out four before leaving with one out in the third inning.

Ke'Bryan Hayes doubled, giving him an extra-base hit in four straight games for Pittsburgh. Kevin Newman had a two-run double and single and has reached base in nine of 11 plate appearances — he left the game with hamstring tightness. Adam Frazier also doubled and singled.

Baltimore starter John Means gave up four runs on four hits and a walk over two innings. Cedric Mullins singled twice and drove in a run.

Josh Donaldson and Keon Broxton hit three-run homers for Minnesota. Alex Colome struck out two in an inning of relief.

Julio Teheran pitched out of the bullpen for Detroit and retired all six batters he faced, striking out two.

Miami starter Pablo Lopez gave up a hit and a walk over three scoreless innings.

Joey Votto singled and doubled for the Reds. Sean Doolittle was touched for three hits, two of them homers, and a walk in one inning of relief.

Back with Chicago this season, Jake Arrieta allowed a hit and a walk over two innings. Anthony Rizzo and Willson Contreras homered.

Stephen Vogt hit a two-run homer and Eduardo Escobar had a two-run triple for Arizona.

Also attracting interest during the exhibition at Scottsdale, Arizona: a large goose that roamed the outfield for much of the game.

Kansas City starter Jakob Junis pitched three innings and gave up one hit, a leadoff homer to Trent Grisham. He struck out four. Wade Davis worked a perfect inning and Michael Taylor hit his second home run of the spring.

Logan Gilbert struck out four in his two-inning start for Seattle.

A Tennessee woman said she called ...