Josi and Forsberg scored in the shootout as the Predators ended a three-game losing streak. Rookie Eeli Tolvanen had a goal and an assist in regulation, Mikael Granlund and Calle Jarnkrok added goals and Pekka Rinne made 35 saves for Nashville. Filip Forsberg added two assists as the Predators built a 3-0 lead through two periods.

Radek Faksa, Joe Pavelski and rookie Jason Roberson scored in the final eight minutes of the third period for Dallas —with Robertson’s score coming with 56.8 seconds left to send the game into overtime. Rookie Jake Oettinger made 17 saves for the Stars, who are 1-4-1 in their last six games. Robertson also scored the Stars’ only shootout goal. 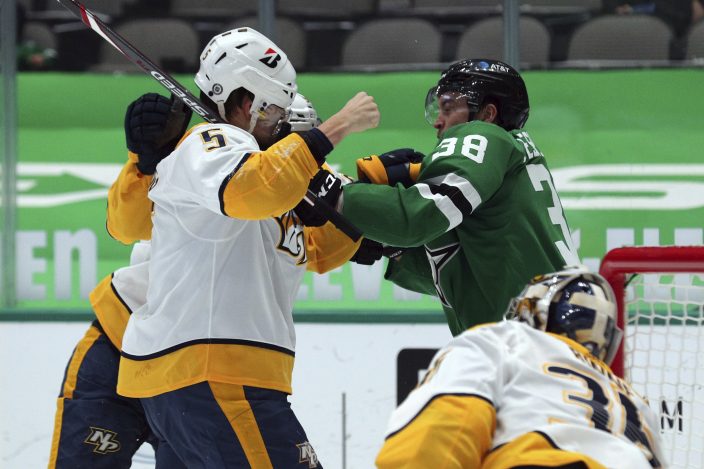 Granlund deflected in a wrist shot from Forsberg from the high slot for his fifth goal of the season to give the Predators a 1-0 lead at 15:31 of the first period on the power play.

Only 1:18 later, Jarnkrok collected a loose puck between the circles and lifted a shot into the upper corner for his sixth goal of the season and a 2-0 lead.

Tolvanen scored his fifth goal of the season and his fourth power play goal – the most among NHL rookies – on a blistering slap shot from the left point at 13:12 of the second period. That came 35 seconds after a goal by Josi was successfully challenged by Dallas for goaltender interference on Granlund. 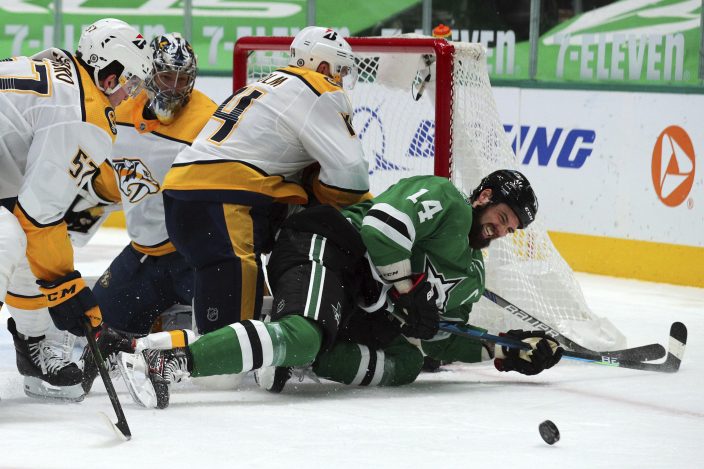 Dallas Stars left wing Jamie Benn (14) gets knocked to the ice by Nashville Predators defenseman Mattias Ekholm (14) while trying to score in the second period during an NHL hockey game on Sunday, March 7, 2021, in Dallas. (AP PhotoRichard W. Rodriguez)

Faksa’s backhand goal came at 12:30 of the third period. Pavelski scored at 14:46 near the crease for his 12th of the season and NHL-leading 10th power-play goal just as the net was moved off the right peg, ruled good following a review.

Predators: Visit Carolina on Tuesday in the second game of an eight-game, 15-day road trip that will end back in Dallas on March 21. 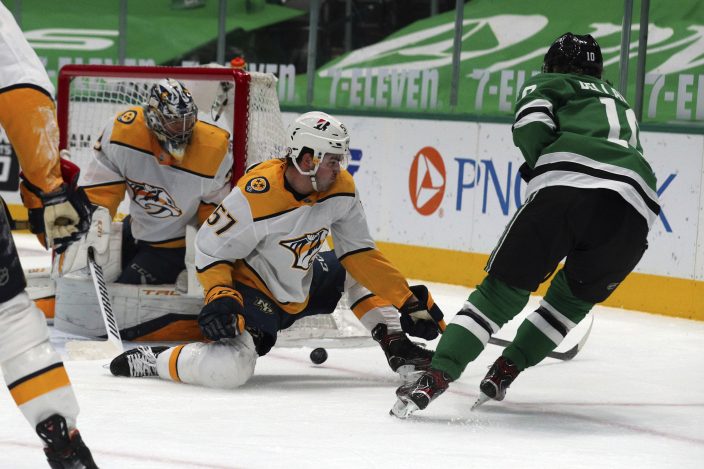 Stars: Host Chicago on Tuesday and Thursday to close a six-game homestand. 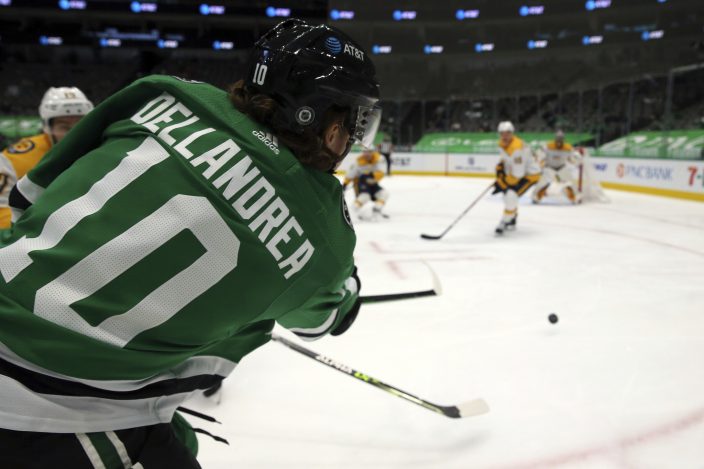 Dallas Stars center Ty Dellandrea (10) takes a shot on goal in the second period against the Nashville Predators during an NHL hockey game on Sunday, March 7, 2021, in Dallas. (AP PhotoRichard W. Rodriguez) 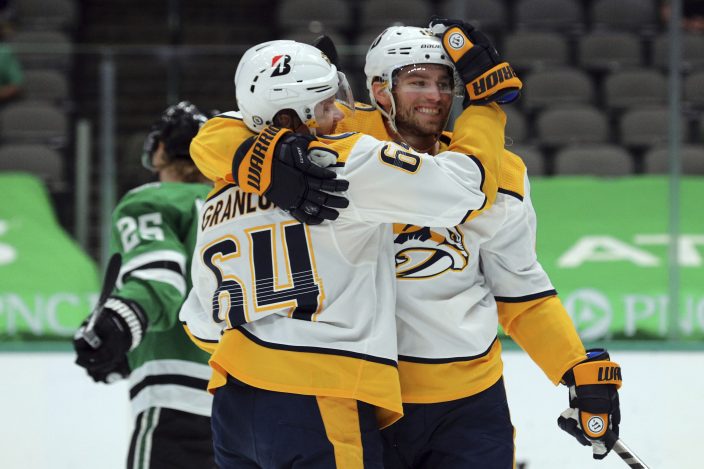 Scientists get creative to carry on research during pan ...