China's Olympic shooting champion Du Li is embracing big challenges in her coaching career, as the COVID-19 pandemic has brought much uncertainty to preparations for the delayed 2020 Tokyo Olympics.

"It is quite difficult to prepare for the Games during the pandemic," admitted Du, head coach of the rifle event in the Chinese national team, in an exclusive interview with Xinhua on Saturday. 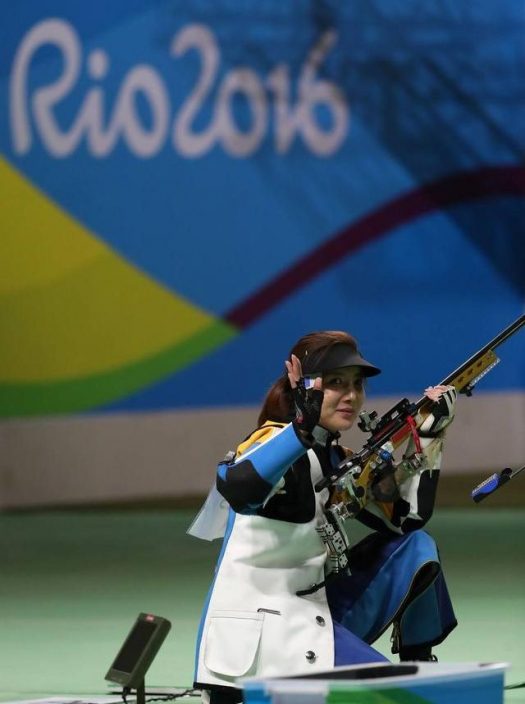 "There is so much uncertainty ahead. I never thought that I would encounter so many problems in my first Olympic cycle as a coach. It's a big challenge for me," she admitted.

According to Du, the team has adjusted its preparation plan since Tokyo 2020 was postponed for one year, and has been training behind closed doors since the COVID-19 outbreak.

"A main problem is that we don't have formal events. It is quite troublesome," Du noted.

"Without competitions, athletes find it hard to adjust their form in training. For more than one year, they only participated in several national trials, which cannot be put on a par with international competitions such as the World Cup and the Olympic Games. Despite the athletes' results in training, there is still much uncertainty going into events," she explained.

The Chinese national shooting team is training in Putian, southeast China's Fujian Province. Two trials were staged prior to the Chinese New Year, with a third about to begin. Du revealed that a fourth and final trial at the end of March will be arranged in accordance with schedule of the Tokyo Olympics, and will serve as a Games-style simulation.

As there remain some risks in competing abroad in light of the pandemic, the team plans to stage several test events in China.

"Some young athletes stood out in the trials despite lacking event experience, and a few of them have participated in quite a few national competitions, which means they need events to test themselves," Du commented.

The two-time Olympic gold medalist hopes her shooters can achieve good results at the Olympics.

As a member of the athletes' committee of the Beijing Organizing Committee for the 2022 Olympic and Paralympic Winter Games (BOCOG), Du added that she was looking forward to the winter sports gala, which will take place in less than one year.

"The Winter Olympics has attracted widespread attention. It is a major event for sports people, and an extravaganza for sports fans."

"I hope that Beijing 2022 will be a truly exceptional Games just like the Beijing 2008 Olympic Games," Du added.