A UEFA-led proposal to change its clubs competitions in 2024 — abolishing traditional four-team groups and adding 100 Champions League games in a 36-team format — was being presented to more than 200 European Club Association members.

The deal could be finalized within two weeks, said Andrea Agnelli, the ECA chairman and Juventus president, in opening the online meeting. 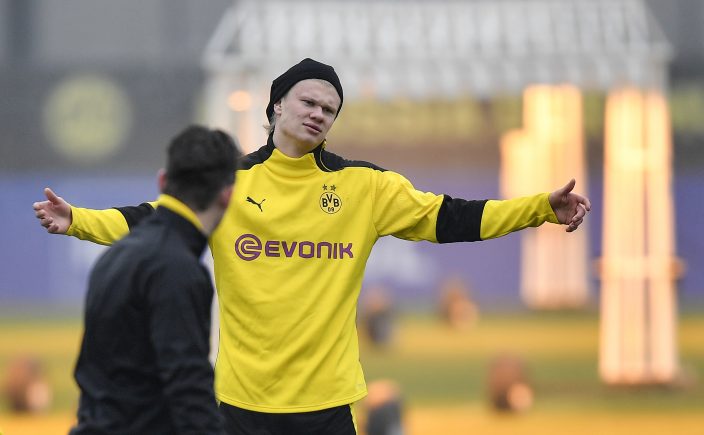 “I really ask you that today we endorse this system going forward and mandate the (ECA) board to execute the last details that we will be missing,” Agnelli said, singling out the unresolved issue of access for clubs to the revamped Champions League.

ECA leaders want two of the four extra Champions League places given to clubs who do not qualify on merit but are ranked highly by UEFA based on past results in Europe.

Critics see that as a safety net for clubs with global brands rather than rewarding champions from mid-ranking leagues such as Austria, the Czech Republic and Scotland.

If the historic ranking system applied this season, it would likely reward storied teams such as Liverpool and Borussia Dortmund having a relatively poor domestic campaign.

Agnelli stated his vision of European soccer appealing to fans worldwide because “traditional assumptions” about fans’ loyalties had to change.

One third of fans globally follow at least two clubs and 10% of fans follow players instead of clubs, said the Italian executive whose club signed Cristiano Ronaldo three years ago.

Agnelli cautioned that the so-called “Gen Z” demographic of 16-to-24-year-olds “have no interest in football whatsoever.”

“The current system most likely is not delivering for the modern fan,” he said, claiming too many domestic and international games “are simply uncompetitive.”

The Champions League proposal would ensure 10 games for each of the 36 teams. Currently, only six group-stage games are guaranteed for 32 teams that share about 2 billion euros ($2.4 billion) in UEFA prize money.

A single league table in the new format would send the top eight into the last-16 round. Teams ranked Nos. 9 to 24 would enter playoffs to complete the knockout bracket.

“The beauty of the system has now been recognized by all,” Agnelli said.

The European Leagues group has warned the plan would take broadcast revenue and fixture calendar space from its members.

Agnelli chided ECA board members who brought their domestic concerns into its talks on international matters.

He also urged them to embrace “strong progressive views, not the conservatism that has always distinguished our industry,” which has been hit hard by the COVID-19 pandemic.

The UEFA-led talks took place amid leaks that financiers are ready to back a European Super League project outside of UEFA’s control.

“That means if we change ourselves we can look forward to those richer investments ourselves,” he said, rather than financial institutions getting a return on their money.

“We think this is an opportunity to grab without hesitation and delays,” Marchetti said.

The UEFA executive committee, which includes Agnelli representing clubs, could approve the changes ahead of an April 20 congress of European soccer’s 55 national federations.

Sidney Crosby and Bryan Rust each ...

UEFA set to decide next week on 36-team Champions League

Revamped Champions League would increase revenue for all