In an interview on MSNBC on Monday, Yellen said the measure, which will provide $1,400 checks to millions of American along with other assistance, will provide needed relief and help the economy return to full employment by next year.

Asked about concerns by some economists that the measure could rev up the economy too fast and trigger higher inflation, Yellen said, “I really don't think that is going to happen. We had a 3.5% unemployment rate before the pandemic and there was no sign of inflation increasing.” 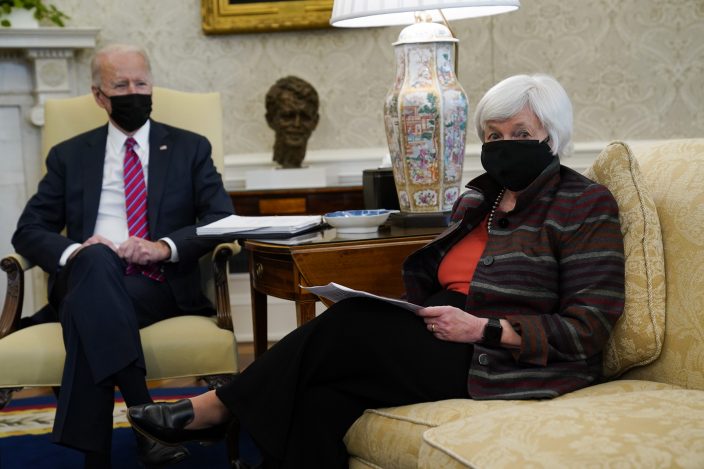 The jobless rate in February of last year, before 24 million jobs were lost to the pandemic, stood at a half-century low of 3.5% with inflation running well below the Fed's 2% target.

Yellen said inflation was “too low” during that period of very low unemployment.

She said if inflation does become a problem “there are tools to address that” and policymakers will be monitoring the situation closely and will be prepared to act.

The House is expected to give final passage to the relief bill this week and the administration has said the president will sign the measure as soon as it reaches his desk. Expanded unemployment benefits for Americans are scheduled to run out on March 14 if no new legislation is passed.