Morgan Geekie scored his first two goals of the season and the Carolina Hurricanes used a rapid-fire scoring spree in the first period to defeat the Nashville Predators 5-1 on Thursday night.

Geekie posted the game’s first and fourth goals. His opening tally began a span of three goals by the Hurricanes in less than 2½ minutes.

Brock McGinn, Dougie Hamilton and Martin Necas also scored for the Hurricanes, who have won seven games in a row. Jake Bean and Andrei Svechnikov each had two assists. 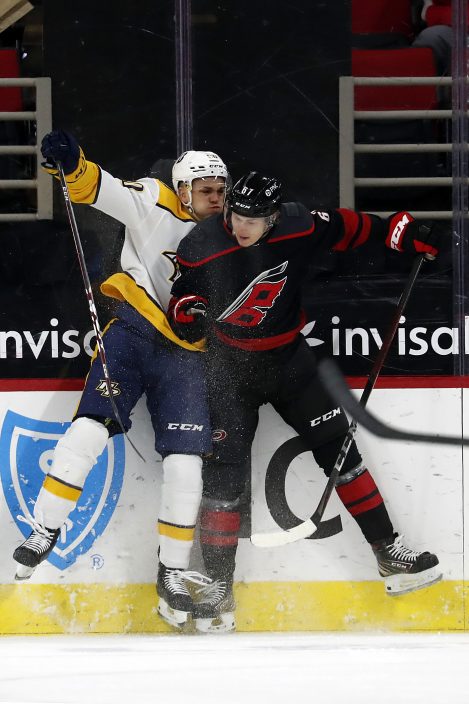 James Reimer made 15 of his 32 saves in the first period. He was denied his first shutout of the season when Nick Cousins scored with 4:32 left.

Pekka Rinne, who has played in six straight games for Nashville, stopped 18 shots before exiting after the game’s fifth goal.

Geekie’s first goal came by redirecting Bean’s delivery. McGinn and Hamilton had goals 16 seconds apart, with the Hurricanes scoring on half of their six first-period shots. 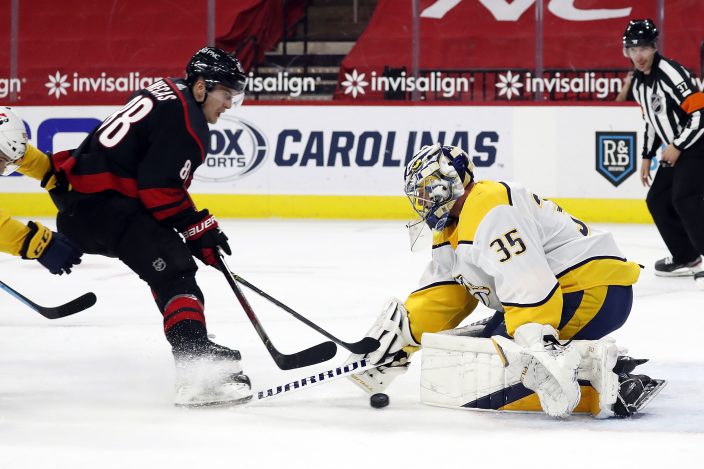 Carolina Hurricanes' Martin Necas (88) has his shot turned away by Nashville Predators goaltender Pekka Rinne (35) during the second period of an NHL hockey game in Raleigh, N.C., Thursday, March 11, 2021. (AP PhotoKarl B DeBlaker)

Geekie registered a point in a home game for the first time. His four points last season came in road outings.

Geekie, a 22-year-old center, was in his 10th game of the season for Carolina. It had been exactly a month since he last was in the lineup with the Hurricanes. 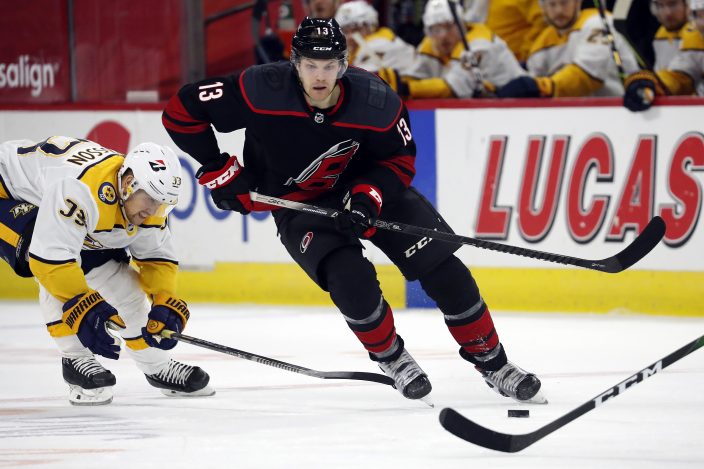 Carolina Hurricanes' Warren Foegele (13) moves the puck after taking it from Nashville Predators' Viktor Arvidsson (33) during the second period of an NHL hockey game in Raleigh, N.C., Thursday, March 11, 2021. (AP PhotoKarl B DeBlaker)

He was on the ice because of an injury to center Vincent Trocheck. Coach Rod Brind’Amour said earlier Thursday that Trocheck, who leads the team with 13 goals, wouldn’t play.

The Predators made more lineup changes with defenseman Dante Fabbro serving a two-game suspension. He was forced to sit out by the NHL after an elbow to the head of McGinn in Tuesday night’s game. 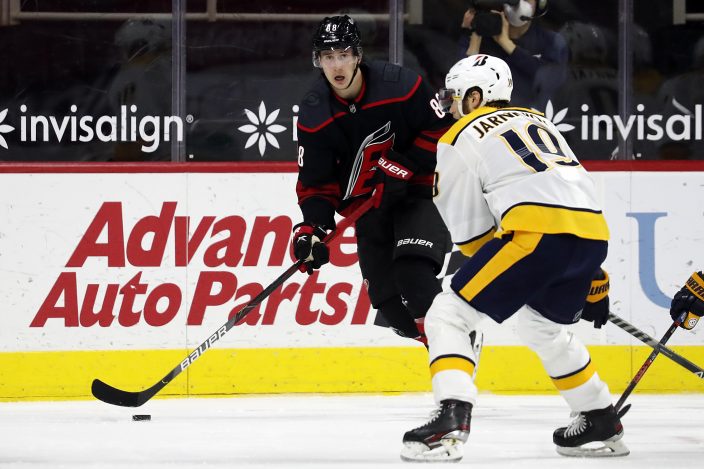 Fabbro had been one of four Nashville players to appear in every game this season. 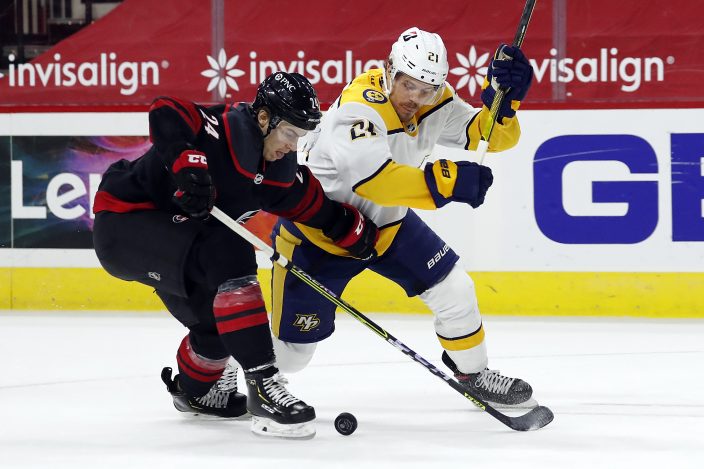 Hurricanes defenseman Jaccob Slavin and center Cedric Paquette both appeared in their 400th career NHL games Thursday. For Slavin, they’ve all come with the Hurricanes. Paquette joined the organization earlier this season in a trade from Ottawa.

Predators: Head to Tampa Bay to play Saturday and Sunday in the fourth and fifth games of an eight-game road trip.

Hurricanes: Go to Detroit for games Sunday and Tuesday.