Manchester City only needs to win five of its remaining eight games to secure the Premier League trophy.

A 3-0 victory over Fulham on Saturday moved Pep Guardiola's side 17 points ahead of second-place Manchester United, but having played two games more.

Everton was previously in the title mix but a 2-1 home loss to Burnley was the latest setback in its attempt to make the top four. 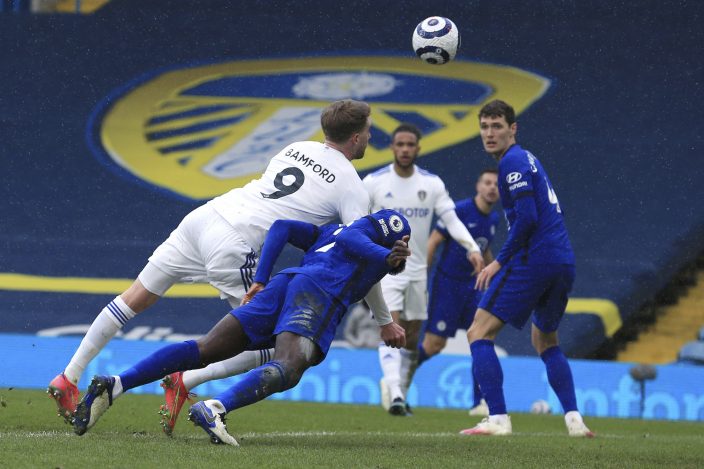 It's Chelsea in the fourth Champions League spot even after a 0-0 draw with Leeds. West Ham can move level on points with Chelsea on Sunday with a victory at Man United and still have a game in hand. 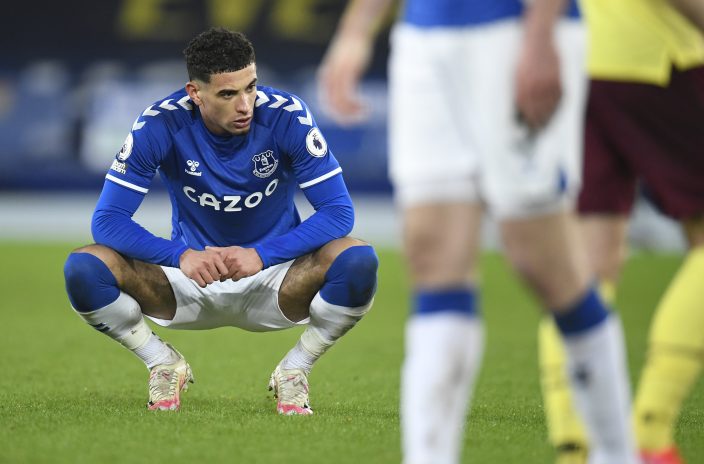 Everton's Ben Godfrey reacts at the end of the English Premier League soccer match between Everton and Burnley at Goodison Park in Liverpool, England, Saturday, March 13, 2021. (Peter PowellPool via AP)

After beating Liverpool last week, Fulham held off City for 47 minutes until John Stones tapped into the back of the net from a ball sent into the box by Joao Cancelo.

A fortunate rebound allowed City to extend its lead in the 56th minute. Joachim Andersen cleared the ball into Fulham teammate Ivan Cavaleiro, and it rebounded behind the home backline and into the path of Gabriel Jesus, who had enough time and space to round goalkeeper Alphonse Areola before putting the ball in the back of the net

The third goal came on the hour after former City defender Tosin Adarabioyo pushed Ferran Torres in the box and referee Andre Marriner pointed immediately to the penalty spot. Sergio Aguero then fired the ball into the corner of the goal. 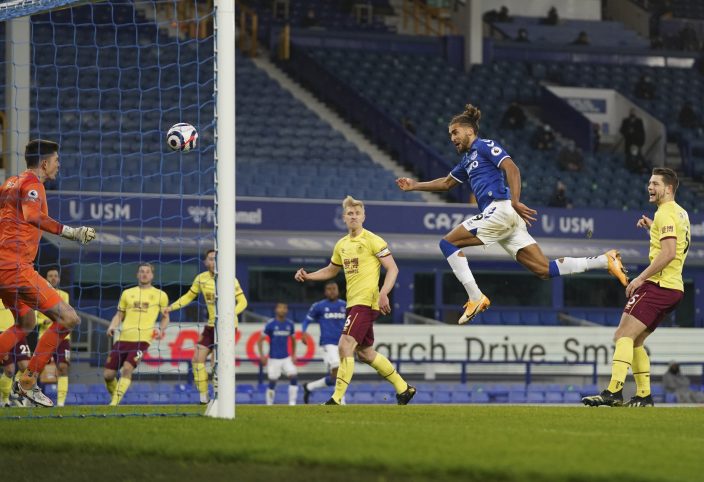 “I’m so satisfied," Guardiola said. “Now we have three weeks I think until the next Premier League game, now we have two ‘finals’ in the Champions League and FA Cup, but the team is ready to try it.”

Fulham is only in the relegation zone on goal difference but 17th-place Brighton has two games in hand. 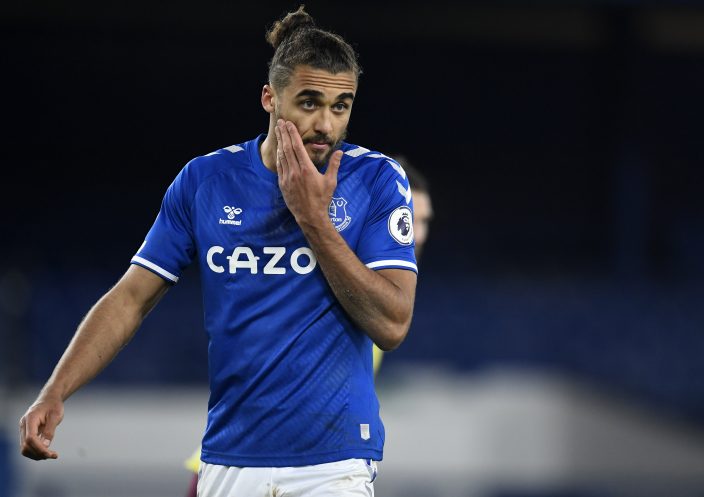 Dwight McNeil curled a superb left-footed effort into the top corner in the 24th minute after Chris Wood’s opener to clinch the win that took Burnley seven points clear of the relegation zone.

Johann Berg Gudmundsson hit a post as Burnley looked to make it three before Dominic Calvert-Lewin pulled one back in the 32nd minute. 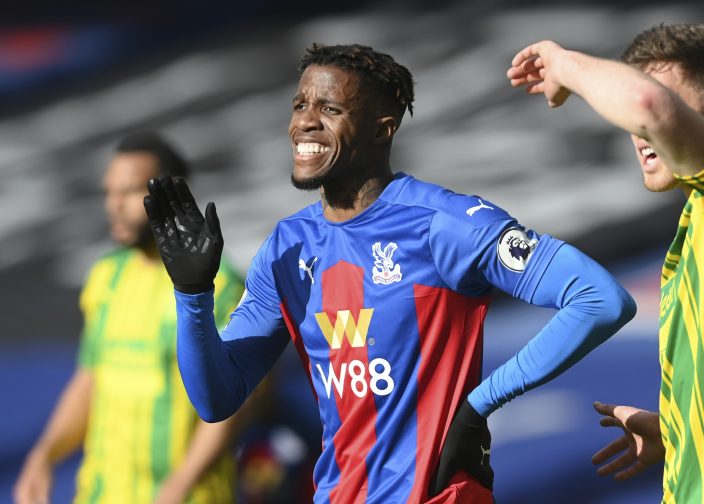 “It is a big disappointment but what can we do, we can’t give up," Ancelotti said. "We want to still fight for the position in Europe.”

Chelsea extended its unbeaten start under Thomas Tuchel to 10 Premier League games with the draw at Leeds.

Leeds, which is in 12th place in its first season back in the top division after 16 years, made Chelsea work for its point.

Both sides struck the crossbar in a frenetic first half and both goalkeepers were forced into decisive saves.

It was also another clean sheet for Tuchel’s team, which has conceded only two goals since he replaced Frank Lampard in late January and is unbeaten in 12 matches in all competitions.

Wilfried Zaha became the first Premier League player not to take a knee before his Crystal Palace team beat West Bromwich Albion 1-0. It was secured by Luka Milivojevic's first-half penalty which Zaha had won.

Zaha, who is Black, was back in the starting XI after an injury and it gave him the chance to stand at kickoff.

“There is no right or wrong decision, but for me personally I feel kneeling has just become a part of the pre-match routine and at the moment it doesn’t matter whether we kneel or stand, some of us still continue to receive abuse,” he said.

Zaha had already indicated that he thought taking a knee has lost meaning after being brought in by the Premier League in June as an anti-racism message when football resumed.

“As a society, I feel we should be encouraging better education in schools, and social media companies should be taking stronger action against people who abuse others online — not just footballers,” he said.

West Brom is second from bottom while midtable Palace has 37 points — a sufficient total to avoid the drop in each of the last four seasons.