Kieffer Bellows scored his first two goals of the season early in the third period and the New York Islanders rallied to beat the New Jersey Devils 3-2 on Saturday for their eighth straight victory.

Oliver Walhstrom also scored and Semyon Varlamov made 26 saves to help the East-leading Islanders extend their points streak to 11 games (10-0-1).

The winning streak is the longest for the Islanders since they won 10 in a row last season. The team record is 15 in early 1982. 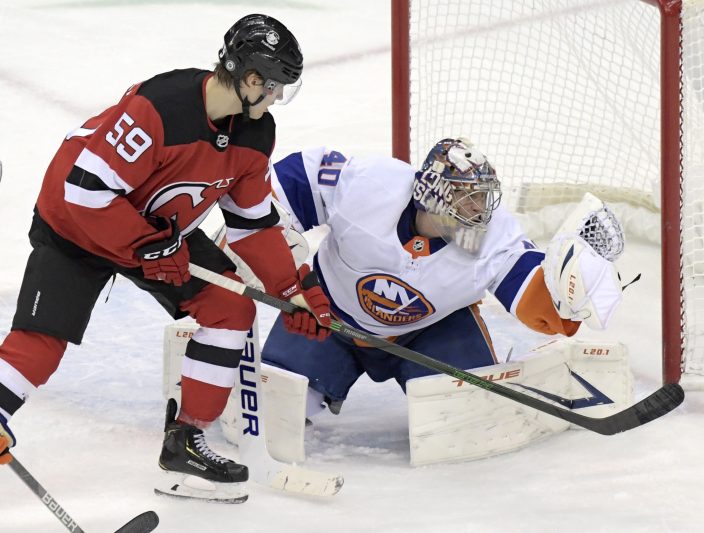 Pavel Zacha and Janne Kuokkanen scored for the Devils, who have lost 10 straight at home. Mackenzie Blackwood made 26 saves for New Jersey.

With New York down 2-1 entering the third period, Bellows tied it at 1:59, taking a pass from Mathew Barzal and beating Blackwood from between the circles.

Bellows, who was playing in his first NHL game since Feb. 18 and only his ninth of the season, put New York ahead at 5:10 with a power move cutting in from the right circle and beating Blackwood in close. 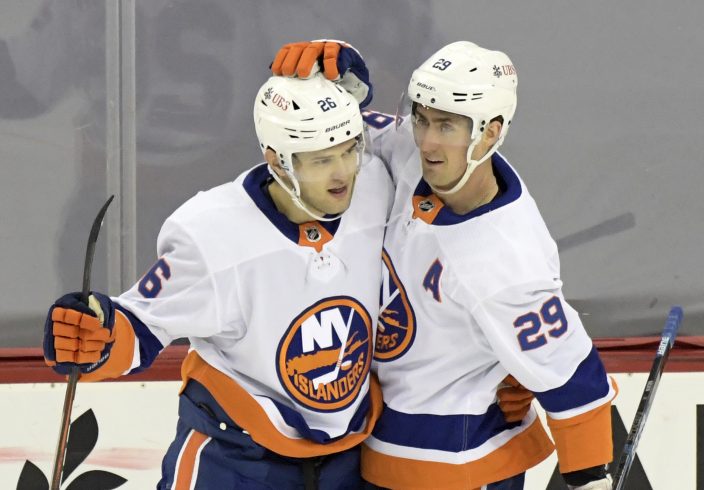 Bellows got in the lineup because of a lower-body injury to Islanders' captain Anders Lee. Coach Barry Trotz placed the former first-round pick on his top line with Barzal and Jordan Eberle and it paid off.

Zacha gave the Devils the lead early in the first period and Walhstrom tied it later in the period with a blistering shot on a rush.

Kuokkanen gave New Jersey the lead at 1:04 of the second period, diving to poke a rebound into an open net. He has goals in three straight. 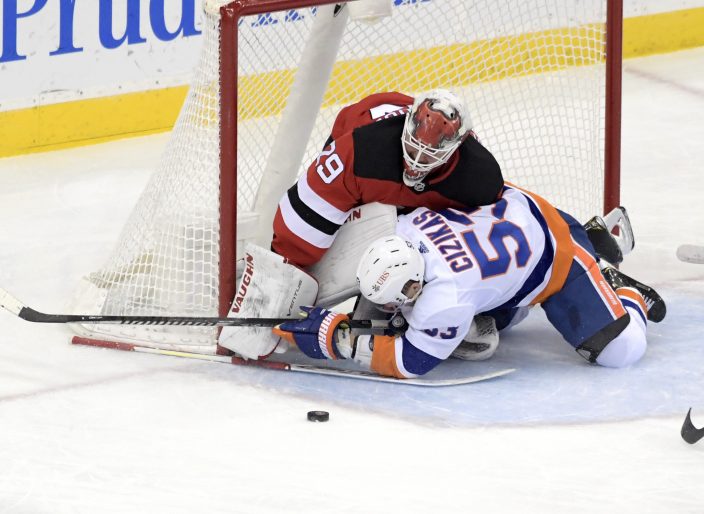 Referee Justin St. Pierre sustained an upper-body injury in a first-period collision and did not return for the final 40 minutes. Referee Pierre Lambert worked the final two periods with linesmen Vaughan Rody and Libor Suchanek.

NOTES: Islanders F Josh Bailey left the ice for part of the second period after being cut in the face by a diving Kuokkanen on his goal. ... Devils D Dmitry Kuliov played in his 700th NHL game. ... New York's Brock Nelson had his four-game goals streak broken. 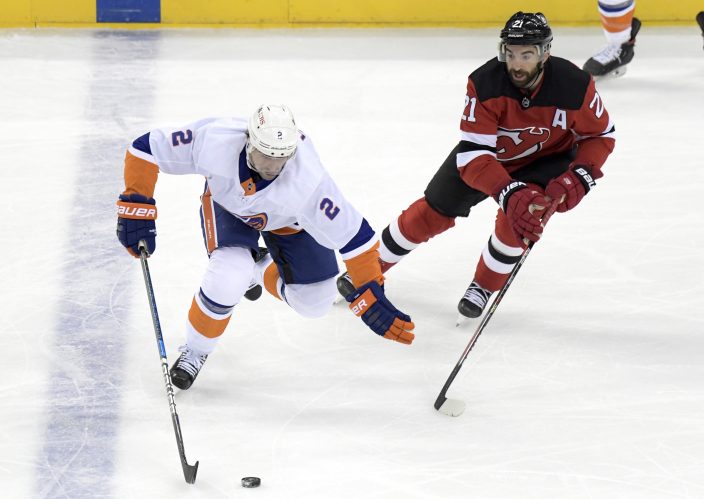 Lee had his streak of playing in 295 consecutive games snapped. He is going to be out indefinitely after injuring his right leg in Thursday night's win over New Jersey. He led New York with 12 goals. The streak was the third longest in Islanders' history. Devils captain Nico Hischier missed his eighth straight game with a concussion and broken nose. ... 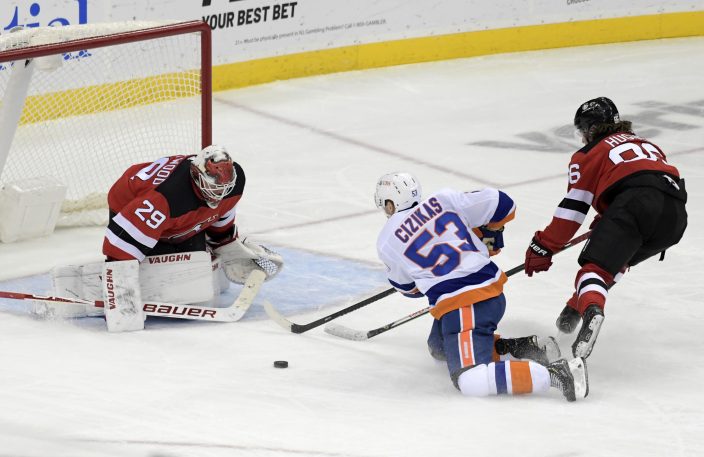 The teams are back at the Prudential Center late Sunday afternoon for their third straight game against each other.