Grammy producers avoided the Zoom awkwardness of other pandemic-era awards shows and gave music-starved fans performances by the industry's biggest stars. And viewers still stayed away.

That followed the Golden Globes' 63% decline in ratings a few weeks ago and record low ratings for the Emmy Awards last fall. 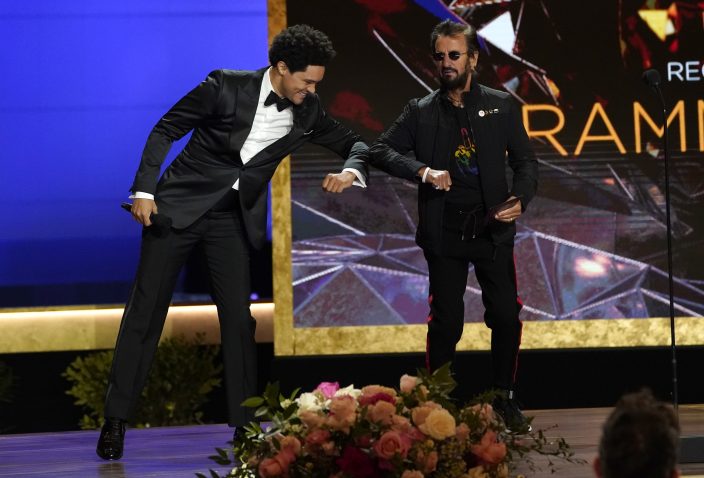 That's enough for television executives to worry about whether this is just pandemic-related or if they can no longer depend on these traditional attention-getting events. The Oscars, coming up next month on ABC, has often been the year's most-watched television event after the Super Bowl.

There are multiple factors, including the decline of broadcast TV in general and the fragmentation of entertainment: There are fewer movies, TV shows and songs that pull society together. Social media also allows fans to catch highlights of an awards show later instead of watching the full event, which for Sunday's Grammys lasted nearly four hours.

For the Grammys, the ratings decline came despite the general view that it was a well-produced event.

CBS won the week, averaging 4.9 million viewers in prime time. NBC had 4 million, ABC had 3.4 million, Fox had 2.6 million, Univision had 1.4 million, Ion Television had 1.2 million and Telemundo had 1 million.

For the week of March 8-14, the top 20 programs, their networks and viewerships: