Ryan Reaves broke a tie during a run of four straight Vegas goals in the third period and the Golden Knights rallied to beat the San Jose Sharks 5-4 on Wednesday night.

Cody Glass, Nicolas Hague and Alec Martinez also scored over a roughly eight-minute span when Vegas erased a 3-1 deficit. The Golden Knights improved to 13-1-3 in 17 regular-season meetings with San Jose, including 5-0-0 this season.

Shea Theodore also scored for Vegas, and Marc-Andre Fleury stopped 29 shots while making his 17th start in 18 games. Fleury earned his 482nd win and is two victories shy of Ed Belfour, who ranks fourth on the NHL career list. 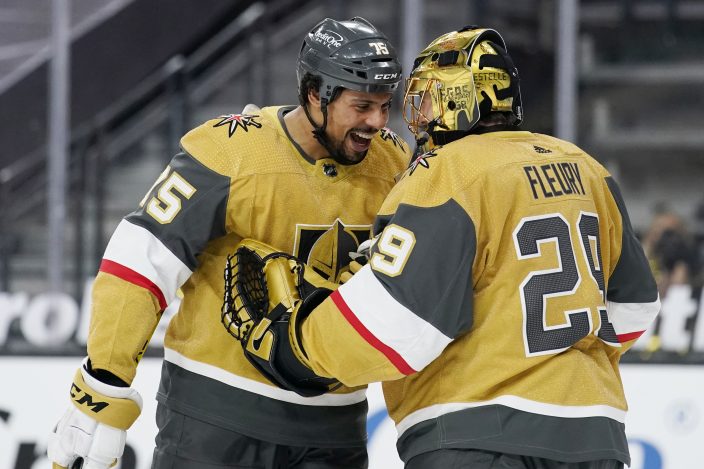 Theodore extended his point streak to five games with a missile from the point in the first period, but the Sharks took control in the second period.

Nieto, playing in his 499th career game, backhanded the puck to the top shelf for his fifth goal of the season, tying it at 1. 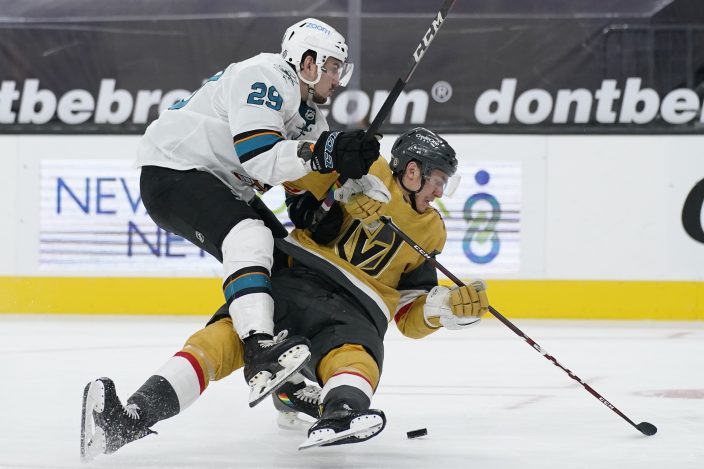 Less than two minutes after Fleury made a save on John Leonard’s shot, Ferraro corralled a rebound and quickly buried the puck with a swift wraparound into the net, giving San Jose its first lead over the Golden Knights in more than 13 periods this season. It was Ferraro’s first goal of the year.

Labanc extended San Jose’s lead by two goals when he caught Fleury out of position and banked the puck off the netminder for his sixth goal in the last 10 games.

After missing out on its first three power-play opportunities, Vegas wasted no time on its fourth. Off a faceoff win five seconds into the power play, Glass punched home a rebound from Theodore’s blast to get the Golden Knights within one. It was Glass’ fourth of the season — all during a power play. 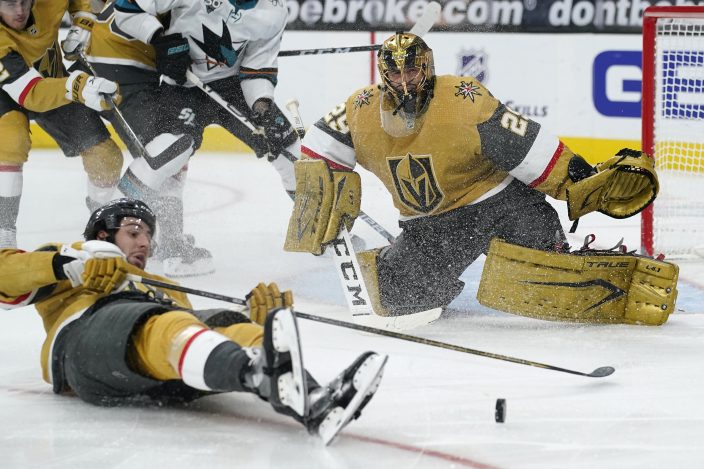 Shortly after Vegas captain Mark Stone and San Jose’s Tomas Hertl dropped the gloves, Hague one-timed a laser with a slap shot through traffic from the top to tie it.

Reaves, who had a goal nullified earlier in the game when William Carrier was called for goalie interference, deflected Tomas Nosek’s blast past Dubnyk to give Vegas the lead. Martinez extended it to 5-3 with a power-play goal just before the advantage ended.

Kane, who also had two assists, got his 12th goal of the season on a power play. Kane now has a point in nine of his last 12 games for the Sharks. 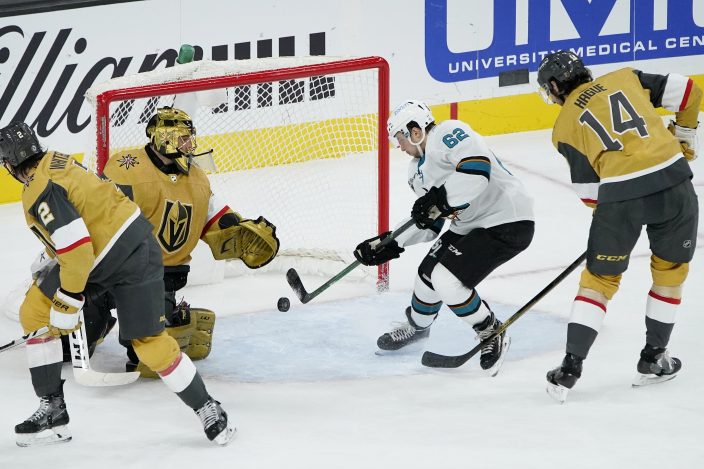 San Jose: Opens a two-game series at home on Friday vs. St. Louis

Vegas: Opens a two-game series in Los Angeles on Friday vs. the Kings.

Pacioretty, Stone score to give Vegas 2-1 win over Sharks