Southampton became the first team through to the FA Cup semifinals, with Nathan Redmond scoring twice and setting up another goal in a 3-0 win over fellow south-coast club Bournemouth on Saturday.

Redmond slipped in Moussa Djenepo for the opener against the second-tier hosts in the 37th then scored a superb solo goal in first-half stoppage time, dribbling into the area and skirting a challenge before firing a shot into the top corner. 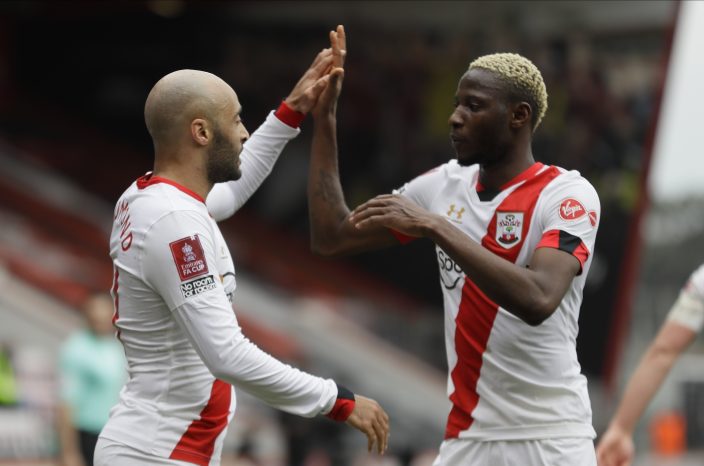 Redmond added the third in the 59th with a precise, angled shot into the bottom corner after an effort from outside the the area by Stuart Armstrong came back off the post.

Southampton also reached the semifinals in 2018, losing to Chelsea.

The other quarterfinal games are on Sunday and both are all-Premier League matchups: Leicester vs. Manchester United and Chelsea vs. Sheffield United. 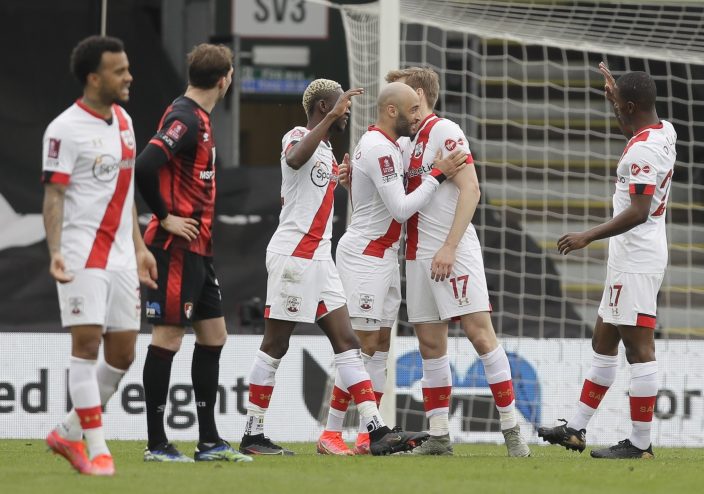 Cologne had an injury-time equaliz ...