Tyler Johnson broke a tie on a power play midway through the third period to help the Tampa Bay Lightning beat the Florida Panthers 5-3 on Sunday.

Yanni Gourde and Brayden Point each had a goal and an assist, Alex Killorn and Mathieu Joseph also scored, and Curtis McElhinney stopped 29 shots to improve to 3-3 1. The Lightning opened a four-point lead over Florida in the Central Division standings. 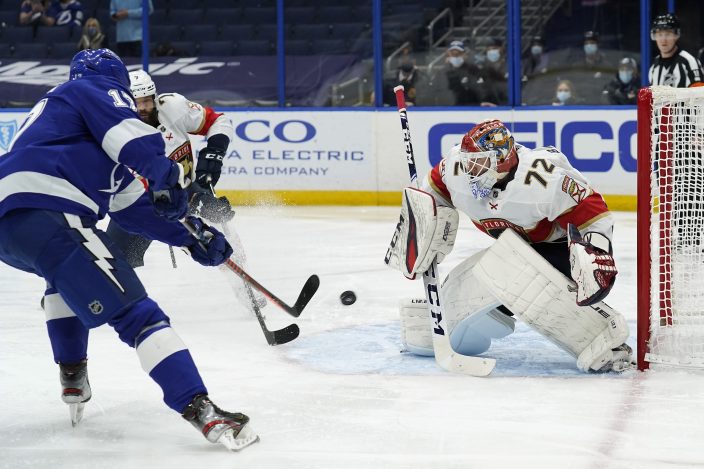 Johnson drove down to tap in pass from Gourde to make it 4-3. Point added an empty-netter with 14.3 seconds left.

The game marked the fifth time the state rivals faced each other while holding down first and second place in the division through at least 15 games. In happened twice in 2015-16 and twice in 2003-04. 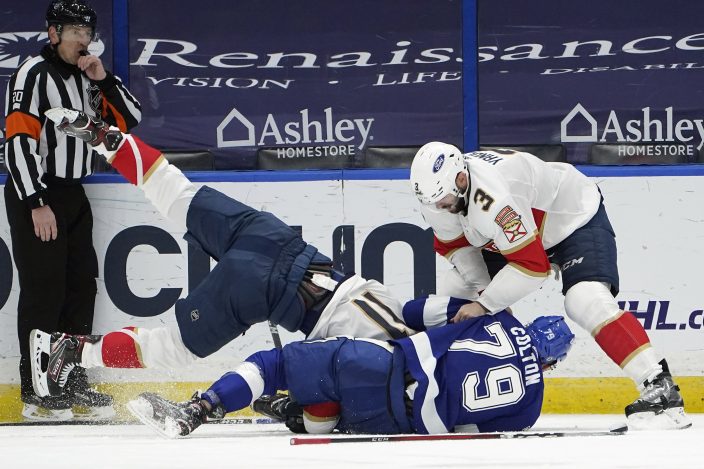 Tampa Bay defenseman Ryan McDonagh left after the first period with an undisclosed lower-body injury and did not return. McDonagh’s final shift ended with 21 seconds remaining in the period.

Panthers: At Chicago on Tuesday and Thursday nights.

Lightning: At Dallas on Tuesday and Thursday nights.

Lomberg scores in OT to lift Panthers past Lightning, 6-5

Panthers close in on Central-leading Lightning with 6-4 win