Oh, Noah Gragson, what have you done now?

Nothing, according to NASCAR, which went with a no-call by not penalizing Gragson for backing into Daniel Hemric's car on pit road at Atlanta Motor Speedway over the weekend. Nobody was fined, either, for the post-race scuffle after that led to Gragson throwing punches at another driver for the second time in eight months.

This latest dustup should be seen through an impartial lens — impossible to do for those who already dislike Gragson a nd believe the 22-year-old driver doesn’t deserve his job. 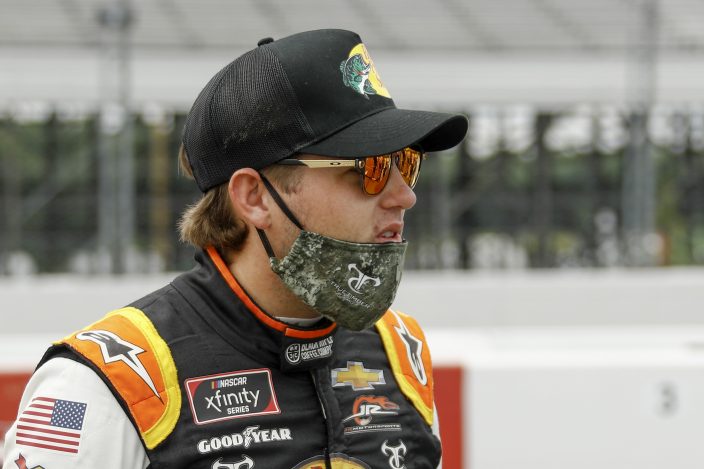 Not even Gragson himself would deny he's been disruptive. That Saturday showdown with Hemric was his second headline-making mess in a season only five weeks old.

“My job is to get people talking about me. And it’s going good right now,” a recalcitrant Gragson said earlier this month when NASCAR was choosing sides i n a war of words between the fully-funded driver and a team with almost no funding at all.

It's not wrong to accuse him of arrogance when he so defiantly defends his position. Gragson did it again at Atlanta when Hemric bum-rushed him during a post-race interview to settle the earlier pit road collision.

Instead of a diplomatic approach after the two had been separated, Gragson instead double-downed: “I'd be mad if I was in his shoes, too, just based off what he's done in his career,” he said of Hemric, who is winless in 181 races at NASCAR's national level.

Nobody seemed to mind when three-time NASCAR champion Tony Stewart bulldozed his way through the sport both on and off the track. Smoke was beloved for his sharp tongue, for never backing down, for knocking down anyone who stood in his way of a victory.

Gragson hasn't earned that same affection or put up Stewart-like results. In two seasons in the Truck Series and two seasons driving for JR Motorsports in the Xfinity Series, Gragson has four combined victories. 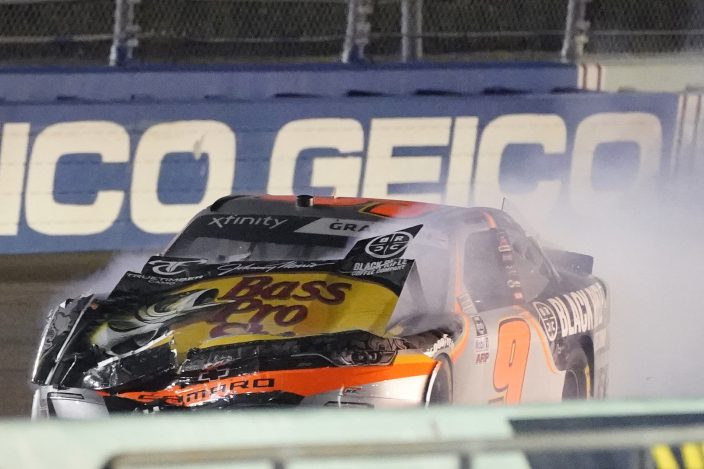 Race leader Noah Gragson (9) limps along the track after having made contact with David Starr with two laps to go in a NASCAR Xfinity Series auto race, Saturday, Feb. 27, 2021, in Homestead, Fla. (AP PhotoWilfredo Lee)

But the lack of results don't seem to be the problem here. The bullseye on Gragson seems to stem from his background — he comes from a wealthy Las Vegas family that undeniably helped fund his path to a top-level seat.

Only here's where the narrative needs to be corrected. Now in his third season with JRM, Gragson is no longer cruising on family money. JRM has sold all 33 races on the 2021 schedule to three different companies: Bass Pro Shops, TrueTimber and Black Rifle Coffee are funding Gragson's season and the driver does everything his sponsors ask of him.

Joe Mattes, vice president of licensing and marketing at JRM, finds Gragson to be one of the most amenable drivers to sponsor requests he's ever worked with. Gragson puts the work in “365 days of the year, not just on 33 Saturdays," said Mattes, who noted that kind of effort often overshadows the controversies Gragson can't seem to avoid. 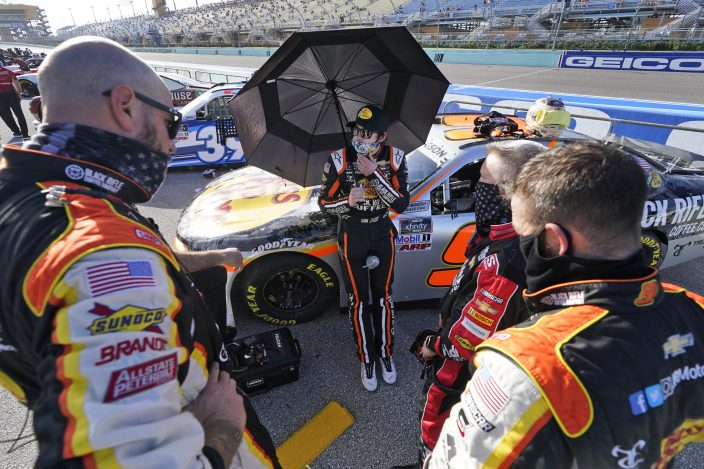 “They like the fire in the belly, they like the competitiveness,” said Mattes. “They like him. And they like him because there's 365 days that he goes to work and its the sum of the above. It's not the guy who backed up on pit road, or who was right or who was wrong. Those are incidents. When you build your business model around 33 Saturdays, you've got a losing business model.”

Mattes acknowledged the No. 9 car is a “co-funded model” in which family money is contributed, but said a large percentage of seats in both the Xfinity and Truck Series are structured in which the driver brings funding. But is Gragson a straight ride-buyer?

“That perception is 100% incorrect,” Mattes said.

JRM last year attempted an intervention of sorts with Gragson, and team co-owner Dale Earnhardt Jr. told him he was too aggressive and needed to reign it in a bit. Gragson tried and ultimately found it was a terrible fit: “I finally got into the playoffs and I’m like, ‘Screw that, I’m going to go out there and race as hard as I can and be comfortable with myself.’”

A wave of driver retirements has stripped NASCAR of its star power and the sport absolutely needs all the conversation starters it can get. Gragson checks that box nearly every time he races and throttling him — because you don't like him, because you think he's mouthy, because he comes from money — will only rob NASCAR of a colorful personality when it needs one.

Chase Elliott, the reigning Cup Series champion and NASCAR's three-time most popular driver, recognizes the tightrope Gragson is on.

“If we weren't in a business that required corporate sponsors, I would say headlines are good no matter how you get them,” Elliott said. “The flip side of that is we do need corporate sponsors and we do have to be buttoned-up for them. But, hey, maybe the right sponsor likes that.”

There's not a NASCAR driver in the field who fails to acknowledge his sponsors, and that's one area Gragson gets right every time. Anything he does at the track earns him television time, and he flawlessly directs viewers to the nearest Bass Pro Shops every single time.

“You have to deliver to the partners. You can't just drive anymore,” Mattes said. "Win on Sunday and sell on Monday? Compete at a very high level on Friday or Saturday? Sure. But sell January One through December 31. These kids today got to be extremely competitive but they better be selling 365 days a year or they are not making it. They will not make it.

“And they have to have personality. They can't be vanilla ice cream. He's a handful, he's absolutely a handful, but he's worth the energy and effort.”