Sidney Crosby and Tom Wilson have found something they agree on after years spent battling on opposite sides of the Penguins-Capitals rivalry.

Crosby, the longtime Pittsburgh captain, broached the topic of NHL players wanting to better understand the line between clean and dirty hits after teammate Brandon Tanev was given a major penalty for a hit on Boston's Jarred Tinordi that appeared to many to be legal.

After serving a seven-game suspension for boarding, Wilson cited Crosby's comments when pointing out there's some confusion around the league. 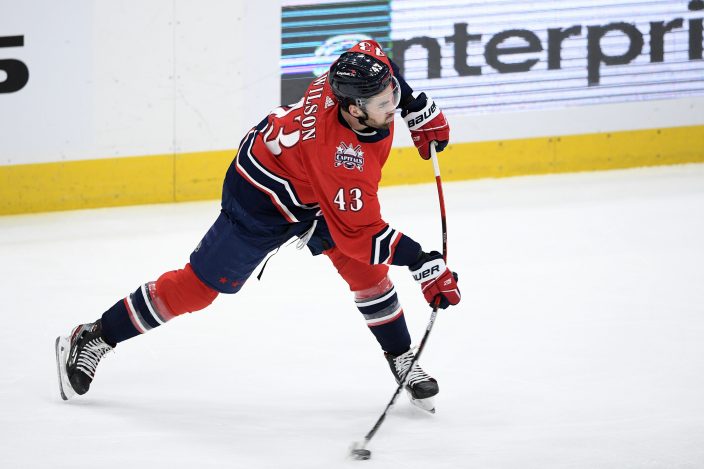 “I hope as players we can get some clarity on what’s a good hit and what’s not,” Crosby said. “I know it’s fast, but right now it’s really hard to know what is in fact clean and what’s not and when you’re out there playing it’s important that you do know that.”

Wilson added: “There’s a lot of guys talking out about it around the game right now, captains on other teams saying things about the physical aspect of the game.”

The history between these two players is dotted with controversy. Wilson has been suspended multiple times for questionable hits, including one that gave Pittsburgh's Zach Aston-Reese a concussion and broken jaw. Crosby has all but called Wilson a headhunter. 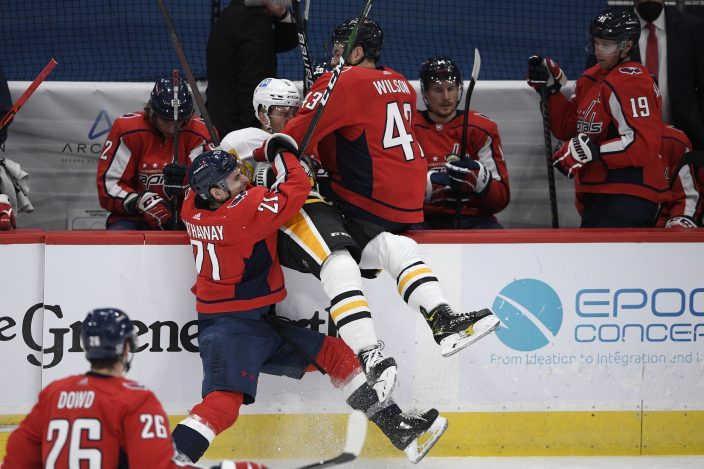 This season, Crosby and Wilson appear to be on the same page for once and each acknowledged officials have a tough job.

Joshua Smith, who runs the Scouting the Refs site that tracks officials' calls and more, said players watching replays on iPads on the bench during games has had an effect.

“Guys aren’t just talking about a hit that happened in the first period: They’re watching it, they’re critiquing it on the bench and they’re talking about it and they’re seeing the replays,” said Smith, who has run the site since 2013. “They’re more informed, and that leads to some sharper criticism.”

The NHL declined comment on player criticism of officiating, which is nothing new in pro sports. In an interview earlier this season, director of officiating Stephen Walkom said he was pleased with how referees and linesmen were doing, especially given health and safety protocols limiting their time together. The league also has a video rulebook of examples of various penalties on its site.

There have been 22 major penalties this season, not counting fights. Some of the 95 fights, of course, have come after big hits, with all divisional play increasing the fisticuffs.

The league recently gave officials the ability to review certain situations, but only if it's deemed a major at first. Wilson's hit that injured Bruins defenseman Brandon Carlo wasn't called anything on the ice, leading Boston coach Bruce Cassidy to yell from the bench that it has to be a penalty because it was going to be a multigame suspension.

“You can’t call what you don’t see, so if they don’t know to call it a major, there’s never any chance to review it,” said Smith, who wondered if adding an off-ice official with a clear view from high above the play with the ability to buzz down in major situations would solve that problem. “Maybe that’s not such a bad idea to try to clean up the game or get those hits out of the game.”

Retired referee Paul Stewart said the onus is on officials to be in the right position to see potential penalties when they happen. He was always taught, “Look to where your partner isn't looking” so as not to miss something.

“Positioning is something that needs be constantly coached,” said Stewart, the first American to referee more than 1,000 regular-season NHL games and a 2018 inductee of the U.S. Hockey Hall of Fame. “My suggestion is improve your positioning. Get the fellas to skate closer to the play and see it and feel it.”

Sometimes seeing is believing, which is why Smith said a lot of officials don't reverse their own calls when given the opportunity. And of course referees will call the same play differently.

“The aspect of what’s legal and what isn’t legal is judgmental and every official has different parameters,” Stewart said.

The NHL's Department of Player Safety has doled out eight suspensions for a total of 20 games this season after 20 for 51 games all of last season.

“It’s hard as a player to know,” Crosby said. “We look at a hit and we think, ‘Oh that’s a suspension’ and it’s not, or we think it’s a penalty and it’s not and then you see a hit like (Tanev's), you don’t expect a five-minute major and it ends up being one. It seems like it’s a little gray right now."

The New York Rangers are 3-1 with Kris Knoblauch filling in as acting coach while David Quinn and his staff are in the NHL's COVID-19 protocol. Knoblauch, who's in his second season coaching the American Hockey League's Hartford WolfPack after two years as a Philadelphia Flyers assistant, insisted players deserve the credit.

“Ultimately, it takes a while to really coach a team the way you want to coach it,” he said. “The groundwork has been laid out for us and it’s been well-prepared and we’re just trying to follow the game plan.”

But this could be an opportunity for Knoblauch to again show what he can do. He coached Connor McDavid with the Erie Otters at the junior level, won an Ontario Hockey League title and is likely a future NHL head coach — somewhere.

Frederik Andersen is the Toronto Maple Leafs' No. 1 goaltender when healthy, but for how long? Backup Jack Campbell has battled his own injuries this season and only played four games, but he has won all of them and leads the league with a .965 save percentage.

“When he goes in the net, (players) know that he’s going to compete and they want to compete right alongside him,” coach Sheldon Keefe said of Campbell.

Hit by a ransomware attack? Your payment may be deducti ...