Leipzig is pinning its slender Bundesliga title hopes on a win over Bayern Munich, and an injury to Robert Lewandowski has strengthened its chances.

Leipzig hosts Bayern on Saturday trailing the defending champions by four points. A loss will drop the team seven points behind with seven games remaining, all but assuring Bayern of a record-extending ninth consecutive league title.

Two things are on Leipzig coach Julian Nagelsmann's side. 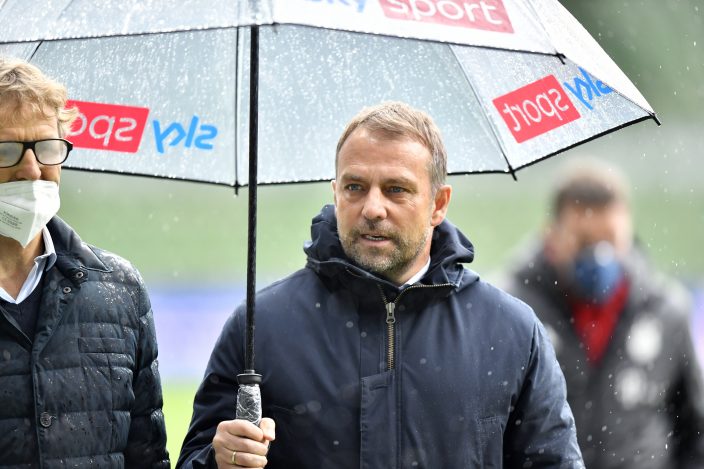 First, the knee injury Lewandowski picked up with the Polish national team in a World Cup qualifier against Andorra has ruled him out for four weeks. That game was little more than a formality for Poland, but it could prove pivotal to this season's Bundesliga and Champions League.

The injury is a blow to the Bayern striker's attempt to break the Bundesliga single-season scoring record of 40 goals — he needed six more from eight games before the mishap. Lewandowski's sheer dominance means backup Eric Maxim Choupo-Moting has had little game time.

Second, there's history. Since Bayern coach Hansi Flick took charge in November 2019 he has beaten every Bundesliga team but one — Leipzig. Nagelsmann's team held the leaders to a 0-0 draw in Munich in February 2020, and Bayern needed Thomas Müller at his best to salvage a 3-3 draw in November.

The international break has shaken things up beyond Lewandowski's injury. Bayern forms the backbone of the German national team, which lost to North Macedonia 2-1 in World Cup qualifying on Wednesday. Those players now have to switch focus quickly back to club matters and a different style of play.

It's not clear if Leipzig will have to do without defender Marcel Halstenberg after he was ordered into self-isolation while with the German team after playing backgammon with a teammate who later tested positive for the coronavirus.

Leipzig defender Dayot Upamecano is another doubt for the game as he tries to recover from injury. If the French center back plays, it will be a talking point, given he is moving to Bayern at the end of the season.

A win for Bayern wouldn't just mean a commanding lead in the title race, it would also allow Flick and his team to focus their energy on defending the Champions League title. Paris Saint-Germain visits on Wednesday in the first leg of the quarterfinals in a rematch of last year's final.

A loss for Leipzig would signify the team bumping against the ceiling of what's possible in the Bundesliga during Bayern's near-decade of dominance, and third-place Wolfsburg could close the gap on second.

Like Borussia Dortmund, Leipzig risks being seen as a talent factory, rather than a genuine title contender. That might make it harder to keep promising young players.