The Premier League’s established elite is creaking once more, and again it’s all down to Leicester.

Stunned into a reaction by the improbable title triumph of Claudio Ranieri’s Leicester in 2016, English soccer’s so-called “Big Six” of Manchester City, Manchester United, Chelsea, Liverpool, Tottenham and Arsenal shook off their torpor and justified that tag over the following three seasons. 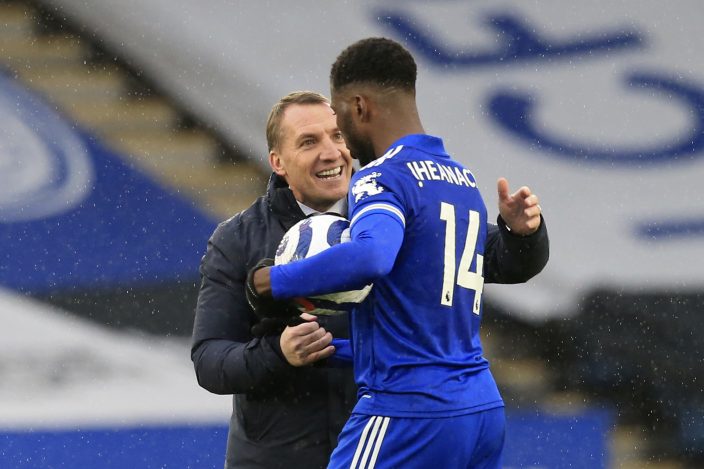 Order, it seemed, had been restored.

But back came Leicester, refreshed and rebuilt in manager Brendan Rodgers' first full season, for another shot at cracking — and staying in — the “Big Six.”

It might now be time to call it the “Big Seven.” 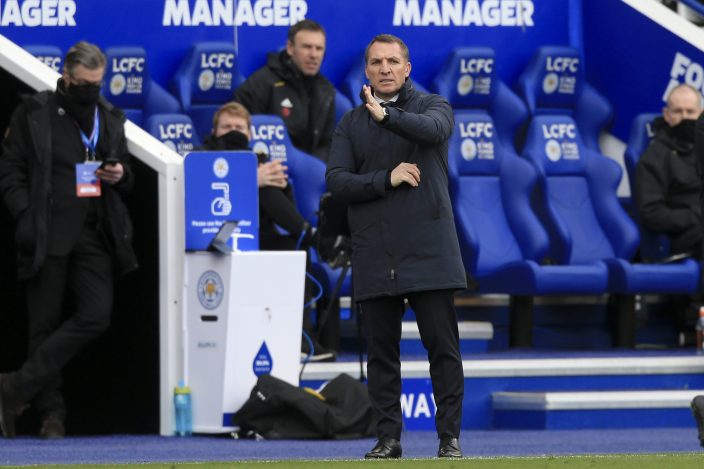 Leicester has shrugged off its fifth-place finish last season — a disappointment at the time following a late collapse because of a series of injuries — and looks in shape to last the course this campaign and finish in one of the four Champions League qualification spots.

Rodgers’ side is third, seven points clear of fifth-place West Ham with nine games remaining, and another meltdown is looking increasingly unlikely this time.

Lessons have been learned, a new mentality seemingly installed. 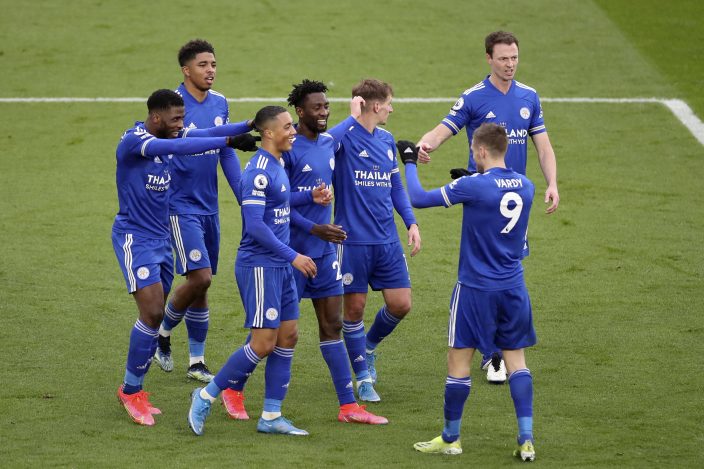 “It doesn’t get talked about because we’re not in the ‘Big Six,’” Leicester midfielder James Maddison said last month, using the air quotes signal, “but we are utilizing the squad brilliantly. We are right up there, and not by fluke.”

So much so that Leicester has won five of its eight matches against the “Big Six." If the seven teams were grouped together in a mini-league, Leicester would lead on a points-per-match basis, with Man City having won five from nine.

Indeed, City’s heaviest loss this season came at the hands of Leicester, a 5-2 thrashing at home in late September that sparked a change in approach by City manager Pep Guardiola to a more defensive set-up.

It has worked — City has only lost one league match since then and heads to Leicester’s King Power Stadium on Saturday for the return match holding a 14-point lead over second-place Manchester United.

That big win at the Etihad showcased Rodgers at his most tactically astute, his team eschewing its usual possession-based style to play on the counterattack and prey on what at the time was City’s defensive vulnerability.

“It has taken me 13 years to play that way,” Rodgers said at the time. “I’m very much about attacking and being aggressive.”

Rodgers continues to get the better of the league’s best managers and teams. In January, Leicester came from behind to beat Liverpool 3-1 at home. In the last game before the recent international break, Leicester beat Manchester United 3-1 in the FA Cup quarterfinals.

Fears that Rodgers’ team would fall away under the weight of key injuries, like last year, have proved unfounded. James Justin, a revelation at full back this season, sustained a long-term knee injury in January; winger Harvey Barnes was ruled out for six weeks with a knee injury in February; then Maddison aggravated a hip injury last month.

Since then, Leicester has been eliminated from the Europa League but, without three of its key players, is currently on a three-match winning run.

Jamie Vardy, the poster boy of Leicester’s title win in 2016, remains a vital part of the team and is again top scorer with 12 goals. His minutes are more carefully managed nowadays — he is 34, after all — and he has decided to step away from England duty to prolong his club career.

Meanwhile, Youri Tielemans and Wilfred Ndidi have become one of the best central-midfield partnerships in the league and Wesley Fofana has proved to be one of the most shrewd signings of the season, showing remarkable poise for a 20-year-old at center back since joining from Saint-Etienne in the offseason.

In the absence of Barnes and Maddison, backup striker Kelechi Iheanacho has stepped up. The Nigeria international heads into the match against City, his former club, having scored seven goals in his last four games and struck up an understanding with Vardy.

In a way, Saturday’s game against the soon-to-be-crowned champion is something of a free hit for Leicester. More important is the run of four games from April 22 — against lowly teams West Bromwich Albion, Crystal Palace, Southampton and Newcastle — which, if all are won, will virtually guarantee a top-four finish.

Throw in the potential for a first FA Cup final appearance since 1969 — Southampton, the semifinal opponent, is the weakest team left in the competition — and Leicester can look forward to an exciting, status-defining end to the season.